Home / The types of poisonings: food, chemical, mushrooms etc. / Radioactive and electromagnetic radiation harmful to humans / The symptoms and effects of radiation and radiation exposure

Hiroshima, Nagasaki, Chernobyl is a black page in the history of mankind, associated with atomic explosions. Among the affected population have been negative radiation effects. The effect of ionizing radiation has an acute character, when in a short time destroys the body, and death, or chronic (exposure in small doses). The third type of influence is long – term. It causes genetic effects of radiation.

The impact of ionizing particles is different. In small doses, radioactivity is used in medicine to combat cancer. But they almost always have a negative effect on health. Small doses of atomic particles are catalysts (accelerators) for the development of cancer and damage genetic material. Large doses lead to partial or complete destruction of cells, tissues and the whole organism. The difficulty in monitoring and tracking of pathological changes is that when you receive small doses of radiation the symptoms. The consequences can appear after years or even decades.

Radiation effects of radiation exposure people have these consequences:

The way and the degree of exposure

External radiation received by the body comes from radiating objects:

Internal radiation exposure occurs from inside the body. Radiation particles are contained in foods that people consume (up to 97%), and in small quantities in water and air. In order to understand what happens to a person after exposure to radiation, it is necessary to understand the mechanism of its action.

Powerful radiation causes the body process of ionization. This means that in cells generates free radicals – atoms that lack electrons. To fill the missing particle, free radicals take it from the neighboring atoms. So there is a chain reaction. This process leads to disruption of the integrity of DNA molecules and cells. As a result, the development of abnormal cells (cancer), massive cell death, genetic mutations.

Radiation dose in Gy (gray) and their consequences: 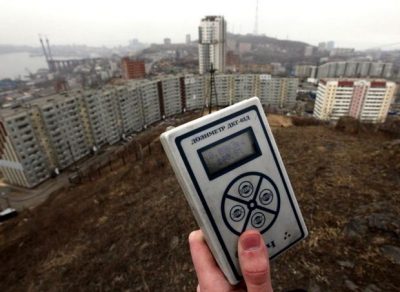 Lesion classification in case of irradiation 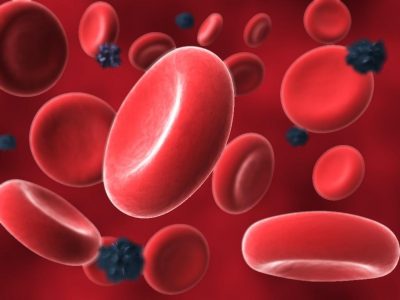 Symptoms of radiation exposure depend primarily on radioactive doses, as well as the area affected, and duration of single exposure. Children are more susceptible to radiation. If a person has such internal diseases as diabetes, autoimmune disease (rheumatoid arthritis, lupus erythematosus), it will exacerbate the effects of radioactive particles.

A single radiation dose causes greater injury than the same dose but received within a fewdays, weeks, or months.

Single exposure high dose or when you lose a large area of the skin develop pathological syndromes.

These are signs of radiation exposure associated with damage of cerebral vessels and cerebral circulation. The lumen of the vessel narrows, the supply of oxygen and glucose to the brain is restricted. 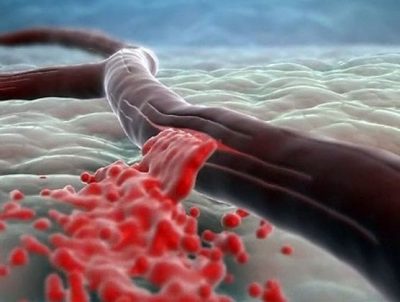 Occurs if a person is irradiated with a dose of 8-10 Gy. It is typical for patients with 4th degree of acute radiation sickness. Manifested not earlier than 5 days.

The syndrome of infectious complications

This condition develops due to disorders of the blood, as a consequence, lowering of natural immunity. Increases the risk of exogenous (external) infection. 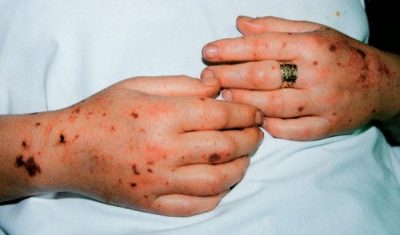 Is ulcerative bleeding lesion of soft tissues of the oral and nasal cavity. The victim edematous mucosa, cheeks, tongue. The gums become loose.

Symptoms – in mild cases, small petechial hemorrhages in the mouth, the anus, on the inner side of the tibia. In severe cases, exposure to radiation causes massive bleeding from the gums, uterus, stomach, lungs.

Radiation injury of the skin

Human skin after radiation atrophy, becoming thin, and easily damaged by mechanical action. Radiation burns to the skin is not curable. The skin does not heal and is very painful. 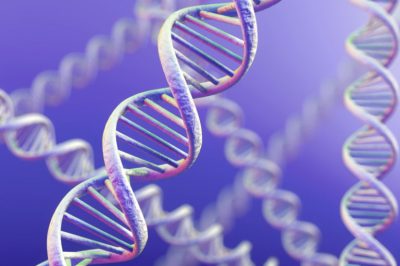 Another signs of radiation exposure is genetic mutations, disruption of the structure of DNA, one of its executives. Such insignificant at first glance, the change can lead to serious consequences. Gene mutations irreversibly alter the state of the body and in most cases lead to his death. The mutant gene that causes these diseases – color blindness, idiopathy, albinism. Manifest in the first generation.

Chromosomal mutations – changes in the size, number and organization of chromosomes. There is a rearrangement of their parts. They directly affect the growth, development and functionality of the internal organs. Carriers of chromosomal breakages die in childhood.

The effects of radiation exposure on a global scale:

A significant part of the changes caused by the influence of radioactive particles is irreversible.

The risk of cancer after irradiation is directly proportional to the radiation dose. Radiation even in small doses adversely affects the health and functioning of internal organs. People often attributed their condition to chronic fatigue syndrome. Therefore, after diagnostic or therapeutic interventions involving exposure, it is necessary to take measures for its removal from the body and strengthen the immune system.