Home / The types of poisonings: food, chemical, mushrooms etc. / Radioactive and electromagnetic radiation harmful to humans / How dangerous radiation is to humans and what it is

Radiation is the flow of particles created during nuclear reactions or radioactive decay. We have all heard about the danger of radiation to human body and know that it can cause a huge number of pathological conditions. But most people don't know what exactly is the danger of radiation and how to protect yourself from it. In this article, we reviewed what radiation is, what is its danger to humans, the cause of what diseases she could get.

The definition of this term is not very clear, associated with physics or perhaps medicine. The term "radiation" refers to the yield of particles formed during nuclear reactions or radioactive decay. That is, the radiation that comes out of some substances.

Radioactive particles have different ability to penetrate and pass through various substances. Some of them can pass through glass, the human body, concrete.

Knowledge about the ability of specific radioactive waves pass through the material composed of rules of protection against radiation. For example, the walls in radiographic rooms made of lead through which the radiation cannot pass.

As radiation hits the human body

Radiation has two ways of getting in the human body: internal and external. Both of them are dangerous to humans and can cause various diseases.

The degree of radiation injury depends on the amount and duration of exposure, the dose received, as well as the weight, age and condition of the body of the victim. 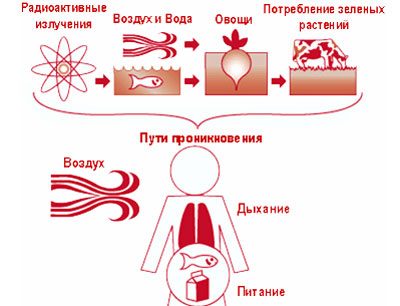 External exposure propagated from radioactive substances. Contact with them is possible in the production of medical x-rays, technological disasters. A striking example of this external radiation is the accident at the Chernobyl nuclear power plant.

Internal exposure can occur due to the penetration of radioactive particles into the body, for example, through cuts on the skin or with food. Accumulate in tissues, these particles are irradiated and gradually affect the body.

Remember that internal radiation exposure is more dangerous than external. The radiation source in this case is almost impossible to inactivate or remove.

What diseases can cause radiation

What is the radiation dangerous to humans, can it cause severe pathological condition? The radiation that comes from radioactive elements, poses a grave danger for the body. Single massive exposure can result in death.

Below, we have examined the disease and the pathological processes that may occur due to the influence of radiation on the human body. 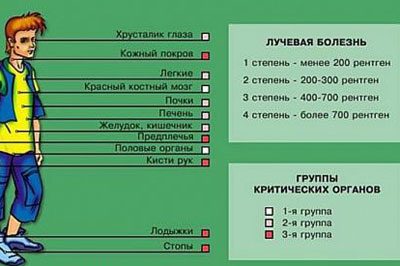 It can develop during any technogenic accidents and catastrophes.

Severity of clinical manifestations depends on the amount of radiation act on the human body.

While it can affect all organs and systems.

This condition develops with prolonged contact with radioactive substances. It most often develops in people who interact with them on duty.

Thus the clinical picture may grow slowly over many years. Prolonged and prolonged contact with radioactive sources of irradiation damage to the nervous, endocrine, circulatory systems. Also suffer kidney failures occur in all metabolic processes.

Chronic radiation disease has several stages. It may leak polymorphic, clinically manifested by lesions of various organs and systems.

Scientists have proved that radiation can provoke cancer pathology. Most often develop skin cancer or thyroid, as there are cases of the emergence of leukemia – blood cancer in people suffering from acute radiation sickness.

According to statistics, the number of cancer after the Chernobyl accident increased tenfold in areas affected by radiation.

The use of radiation in medicine 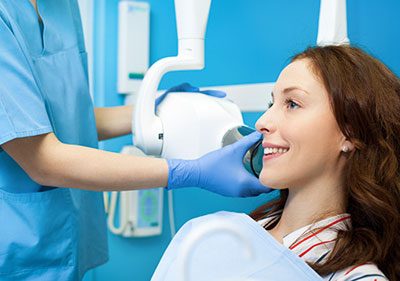 Scientists have learned to use radiation for the good of mankind. A huge number of different diagnostic and therapeutic procedures in one way or another associated with radioactive radiation. Thanks to intelligent safety protocols and modern equipment such use is the radiation is practically safe for the patient and for the medical staff, butall the rules for security.

The therapeutic methods include various types of radiotherapy used in the treatment of cancer.

The use of radiological methods of diagnostics and therapy should be carried out by qualified personnel. These procedures are assigned to patients solely on the testimony.

The main methods of protection against radiation

Learn how to use radioactivity in industry and medicine, scientists have taken care about the safety of people who may come into contact with these dangerous substances.

Only careful adherence to the basics of personal prevention and protection from radiation can protect people working in hazardous radiation zone, from chronic radiation sickness. 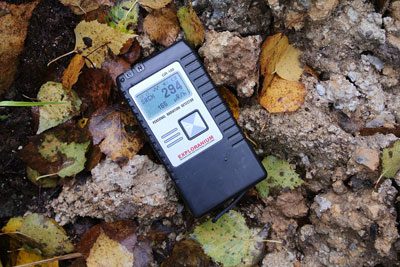 The basic methods of radiation protection:

People who work with radioactive substances, there are security protocols and behaviors in various situations. As a rule, in the premises installed dosimeters – devices for measuring of radiation background.

Radiation is dangerous to humans. By increasing its level above the allowable standards for development of various diseases and injuries of internal organ systems. During radiation exposure can develop a malignant cancer pathology. Radiation is used in medicine. With its help diagnose and treat many diseases.