Home / The types of poisonings: food, chemical, mushrooms etc. / Radioactive and electromagnetic radiation harmful to humans / Valid and a lethal dose of radiation for humans

Modern man is constantly exposed to radiation. Publish household appliances, trendy gadgets, power lines and other objects. Radiation can be divided into two groups: non-ionizing and ionizing. The first group is considered to be safe for humans. It includes radio waves, heat, ultraviolet. The danger is the second group, to which belongs radiation. What is so dangerous is radiation and what is a lethal dose of radiation for humans.

Where you may encounter radiation

Radiation pursues you everywhere. The earth itself has a natural radiation background. It can vary depending on the region. The biggest radiation level in our country is observed in Altai Krai. But even he is so small that it is completely safe. Much more dangerous than artificial sources of ionizing radiation we encounter quite often:

The unit of measurement of radiation

Since 1979, introduced a new unit of measuring the level of radiation – sievert. It may be referred to the SV or Sv. One sievert is equivalent to the amount of energy that absorbs one kilogram of biological tissue. Previously the unit of measurement of radiation was considered REM. 1 sievert equals 100 REM.

How to measure radiation 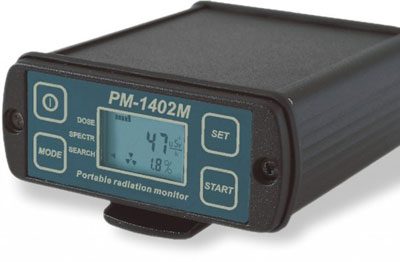 The radioactivity of the surrounding space directly affects the condition. Even being at home, a person can suffer negative effects. Especially dangerous are the apartments, which are equipped with kitchenware, a crane made of glass, finishing materials, with the addition of granite or old radiation paint. In such circumstances, it is important to periodically measure the background radiation.

To identify dangerous background will help special devices – radiometers or dosimeters. For use in the living room using a dosimeter. With the help of the radiometer can be used to determine the background of food.

Today there are special organizations that provide services for the definition of radiation contamination. Experts will help you to identify and utilize sources of background.

You can purchase a home dosimeter. But to be 100% confident in the testimony of such a device is impossible. When it is used it is necessary to strictly follow the instructions and prevent the device in contact with the studied objects. If the levels of radiation in the premises would be invalid should seek help from professionals as soon as possible.

Impact of radiation on human beings

To understand the issue, what is the dose of radiation is dangerous to humans, will help table.

Safe is the radiation whose power is not more than 0.2 microsieverts per hour. Permissible dose of radiation for a human is not greater than 0.05 SV. Exposure above that value leads to serious health consequences. Annual x-ray exposure dose of 0.05 SV is characteristic for people working at nuclear power plants in the absence of any emergency situations.

With respect to local medical procedures maximum permissible dose of radiation for humans is 0.3 SV. The rate of irradiation with x-rays in a year does not exceed two treatments.

Role plays not only the radiation power but also the duration of exposure. Low power impact, influencing for a long time, will be more harmful to health than short-term impact. But this is true only if we are not talking about lethal doses of radiation.

The effect of radiation accumulation 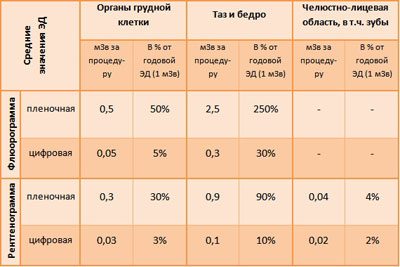 The amount of the accumulated radiation will largely depend on external circumstances. So, every x-ray in the dentist's office brings 0,2 microsieverts, a passage through the airport scanner – 0.001 mSv, chest x-ray study – 3 mSv.

According to recent studies, for the appearance of radiation sickness, a dangerous dose of radiation per year is 1.5 SV. The limit of acceptable dose of a single irradiation – 0,5 SV. After this point begin to show signs of defeat.

There are the following forms of radiation sickness: 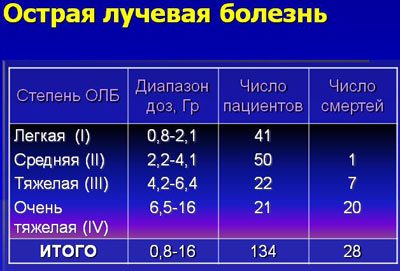 In some cases, radiation sickness can develop into chronic form. The period of its formation may take up to three years. This is followed by recovery of the organism, which lasts three years. With proper treatment the result is a cure. But in some cases, save the patient is not possible.

If the normal dose of radiation has been exceeded is not critical, then there are symptoms of radiation injury. They include: 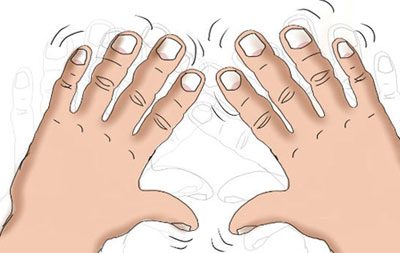 In case of exceeding the radiation dose in 10 Minute you experience the following symptoms:

Four days later the symptoms disappear. The disease goes into a latent form. Its duration will depend on the degree of destruction of the body. While greatly reduced all reflexes of the body, symptoms of a neuralgic character.

If the dose was more than 3 STAR, then two weeks later, the intensive hair loss. At a dose above 10 SV disease immediately proceeds to the third phase. There are serious changes in the blood, develop infectious diseases. Promptly comes the swelling of the brain, completely lost muscle tone. In the vast majority of cases people are killed.

At the first suspicious symptoms should seek help from a doctor. Only when timely treatment is the chance of the successful treatment of radiation sickness.

The appearance of radiation sickness is detected on the basis of primary symptoms. Careful attention is paid to patients who have been in a situation when you have exceeded a safe radiation dose. 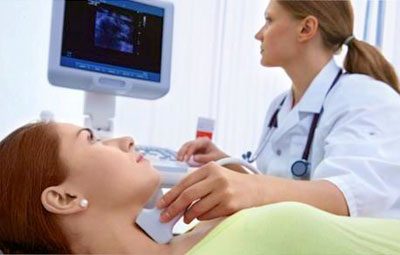 The severity of the lesion determined in the course of the study blood samples of the victim. It turns out the presence of anemia, reticulocytopenia, leukopenia, ESR. About the availability of say radiation sickness signs of bleeding in the myelogram.

In addition to the study of blood carry out the following diagnostic measures:

Simultaneously, consultations with specialists: hematologist, endocrinologist, neurologist and gastroenterologist. They scrutinize the clinical picture of disease and results of all surveys.

The disease can be successfully treated if the dose threshold of contamination is exceeded only slightly. Among the main therapeutic modalities include: 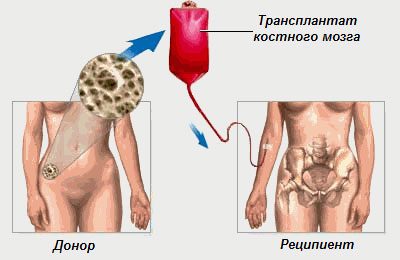 Only full compliance with all recommendations of the experts gives the victim a chance to recover. Critical is the period of 12 weeks. If the victim has managed to overcome it, then most likely, there will be recovery.

In order to avoid becoming a victim of radiation cure, must adhere to the following guidelines: 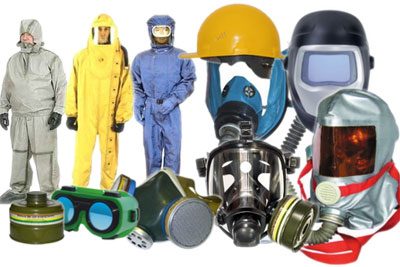 A lethal dose of radiation in sieverts is only 6 units. So at the first suspicion of an increased background necessary to conduct research by means of a dosimeter.