Electricity has entered our life and became its integral part. But technical progress is associated with increasing levels of electromagnetic radiation (EMR), an adverse effect on all living organisms. Electromagnetic radiation is an oscillation of electric and magnetic fields which propagates in space at the speed of light. People did not see or feel, therefore, unable to evaluate how it affects health. Meanwhile, doctors around the world are sounding the alarm about the fact that AMY acts on the body like radiation. Understand how the influence of electromagnetic waves on humans, are there ways to protect against adverse effects.

The sources of electromagnetic radiation

But actively using the achievements of scientific progress, man, on the contrary, increasingly feels the effects on the body, side effects caused by various devices and mechanisms of electromagnetic waves from the artificial radiation sourcesthat surround us everywhere:

The energy emanating from a source that varies in frequency and wavelength are the basic characteristics of EMP. Scientists discovered and studied electromagnetic waves of all possible ranges that are used in science or engineering. Spectrum of electromagnetic radiation is formed from the aggregate of all waves.

The wavelength range of EMF radiation

The light that is perceived by the human eye, is part of the electromagnetic spectrum, but only slightly. When the study was open and the other waves. To electromagnetic waves are:

All electromagnetic waves are used by humans and impact on living organisms and on the environment. The biological activity of the waves increases with the decrease of their length.

The radiation from low-frequency and mid-frequency sources of non-ionizing. This means that the health risks within an acceptable level of EMR exposure is minimal.

A strong biological effect on the human body provides medical equipment – sources of high frequency radiation and ionizing electromagnetic radiation: x-ray devices and devices for computer tomography. MRI and ultrasound is harmless to the body, because the diagnosis did not use x-rays.

A full range of electromagnetic radiation wavelength is divided into the ranges:

The boundaries between spectrum ranges are considered to be very conditional.

The level of electromagnetic radiation 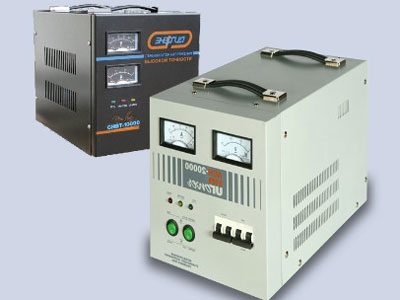 To high level sources include:

To low level sources include all kinds of household appliances, devices with a CRT display and internal wiring, sockets and switches.

To determine the level AMY used a special device fluxmeter. It fixes the value of the indicator of the strength of the electric field, in accordance with which measures of protection, if standards will be exceeded.

The maximum permissible exposure of the population – the value of intensity of AMY, in which there occurs a harmful effect on the human body.

To calculate the dose of radiation depending on the source, the distance and size, there are special tables and formulas. Safe dose of electromagnetic radiation in order of 0.2 – 0.3 µt.

What is the impact of electromagnetic radiation on living organisms

Numerous scientific studiesled to the conclusion that the impact of electromagnetic fields on humans and animals negatively, its effects are the disruption of the internal organs and the development of various diseases.

The influence of electromagnetic waves on the human body depends on many factors:

Sources with high levels of EMFs have a stronger effect on human health. The depth of penetration into the body depends on the wavelength: long-wave fields act on the internal organs, the brain and spinal cord, short – wave only on the skin and cause thermal effect.

EMFs increase the risk to the health of children and weakened the body, and people prone to allergic diseases. 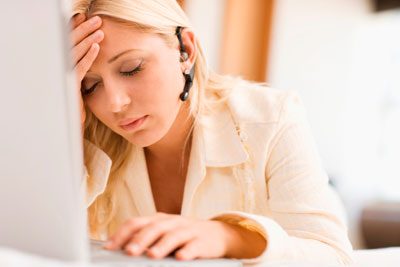 Side electromagnetic radiation and interference with constant exposure disrupt the activities of all body systems and can lead to radio wave sickness, the symptoms of which are observed in many:

When you consider that the average city dweller all his life under the constant influence of electromagnetic field, radiowave disease can be diagnosed in almost every citizen and to explain arising the symptoms of it development. If you do not take measures of protection from harmful EMFs, it increases the risk of developing chronic diseases (heart arrhythmia, diabetes) and sustained viral respiratory diseases.

After short-term exposure to electromagnetic waves of a healthy body is able to fully recover and eliminate the changes that have occurred while in an area of high AMY.

Prolonged action of electromagnetic rays is disturbed bioenergetic balance of the body, the changes accumulate and become stable.

What harm AMY is applied to the human body

The health damage from sources of ionizing radiation it has long been proved, and will not find, probably, person who didn't know about the negative consequences of exposure to x-rays or gamma rays. The impact on human health of electromagnetic fields from non-ionizing sources is still poorly understood, but scientists around the world have proved its negative effect. 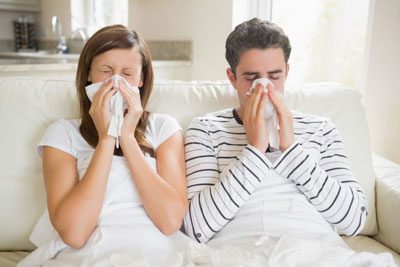 Electromagnetic fields and radiation pose a threat to almost all systems of the human body. Under their influence:

Particularly harmful effects electromagnetic radiation has on the fetus in the womb.

Constant excessive amounts AMY during pregnancy leads to negative effects on the mother and the pathologies of child development at different stages, especially in the first trimester:

In one study of the impact of electromagnetic waves on pregnant women showed high rates of stillbirth and spontaneous abortion with increasing the maximum permissible level of radiation. Those participants who wore constantly the electromagnetic emitter, the risk of miscarriage was twice as much. If a child is born, he has a high probability of pathological development, because AMY is working on the structure of DNA, damaging it.

Methods of protection from electromagnetic fields

Electricity permeates all corners of our life: from simple incandescent bulbs to complex industrial installations. Modern man is not how he would do without household appliances, communications and telecommunications. Completely abandon the use of electricity and the benefits of civilization to most of us is not possible, but the implementation of some recommendations will minimize the disastrous consequences for health from the harmful effects of EMFs.

In companies where employees have to constantly deal with the high-level action AMY, are required to install shields and to comply strictly with all sanitary and epidemiological requirements and rules for BJD.

It is important to know that the level of intensity of EMF decreases with distance from it by some distance. So, to protect themselves from the harmful effects of high-voltage lines on human health, we need to retreat to a safe distance from power lines or other high-level sources at 25 meters. 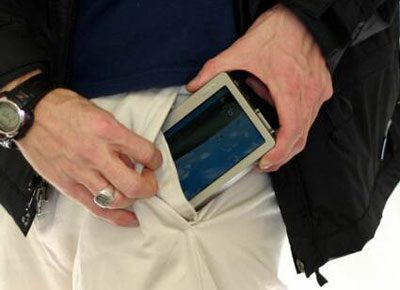 In any case, not to build a residential building closer than 30 metres from sources with high levels of electromagnetic radiation and do not allow children to play near transformer stations or towers.

To electrical technique facilitates a person's life, not shortened it, must adhere to the following tips and rules.

You should know that steel body appliances good screens coming from their radiation, and electromagnetic waves are able to penetrate through walls appliances in the next room or the neighbors, can also have an impact on the body.

All recommendations must be hard to comply with future mothers and if they want to carry and give birth to a healthy baby. Overreliance on the computer or talking on a cell phone during pregnancy threaten the health of the unborn child.

Technological progress has greatly facilitated people's lives and gave many of the most diverse engineering and electronics, medical devices, helping us to be healthy, and electric elevators. But the negative impact on humans of electromagnetic radiation from electrical appliances and devices, power lines and cell towers can not disturb specialists and scientists.

Numerous studies lead to the unfortunate conclusion that without application of measures of protection from EMFs to human health is in danger. Therefore, if there is no possibility or desire to get rid of all the benefits of civilization and live in the forest, you must protect yourself and your family from the harmful effects of EMI by following the simple rules of the Belarusian Railways by electrical current and to implement the recommendations given above.