Clonidine is a drug intended to reduce blood pressure. Nowadays he is appointed by doctors are not often sold strictly on prescription. This is due to the frequent use by fraudsters and criminals. The fact is that if you mix together clonidine and alcohol, a person falls into a deep coma. In this article we have considered the peculiarity of the interaction of this drug with alcohol and the consequences that may result from such a combination.

Clonidine is a hypotensive drug of Central action. At the present time it is rarely used in medicine, it is difficult to find on sale. In the pharmaceutical market there are more modern, effective and safe drugs to normalize blood pressure. But there are times when the sore helps to cope with high blood pressure this medicine.

Remember that clonidine can be taken strictly as directed by your healthcare doctor. This drug belongs to potent drugs, and uncontrolled it can lead to a deterioration of the patient's condition or even poisoning, acute intoxication and death.

Action clonidine aimed at lowering the sympathetic tone of the nervous system. After his admission the patient reduced cardiac output of blood, slowing the heart rate and decreases blood pressure.

Is it possible to combine with alcohol

Alcohol with clonidine to combine strictly prohibited. This combination leads to a serious condition, acute intoxication, violation of consciousness.

Please note that the lethal dose of clonidine in combination with alcohol can be small, not much more than a therapeutic amount of this drug. The extent and severity of poisoning also depends on the amount of alcohol drunk. 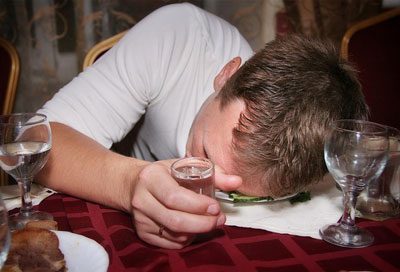 Once in the body, clonidine causes expansion of the vascular walls of the brain, relieves their spasm. Thus, it accelerates the penetration of alcohol in the nervous tissue and leads to severe alcohol intoxication, which can result in deep coma.

The man immediately gets drunk, he turns off the memory, and it ceases to fully understand and properly evaluate the situation. A person can die while in this state, due to hit by a car, falling out of Windows or hypothermia. Poisoned the patient can sleep directly on the street and freeze to death during the cold period of the year.

Clonidine with alcohol often mixed with people at parties, in clubs, at events. The person who is in a state of severe clofelinom-alcohol intoxication, it is very easy to steal. The next morning, when he awoke, to recall the face of the thief fails.

How to recognize poisoning

Vodka with clonidine is able to "cut" the consciousness of the patient in a matter of minutes. This poisoning is very dangerous, and its development needs as quickly as possible to start first aid.

Below are the symptoms and signs that may manifest combo clonidine poisoning and alcohol: 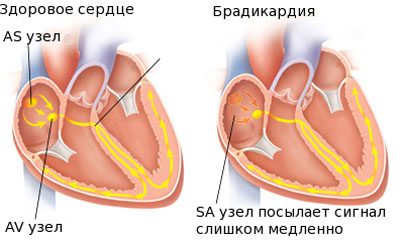 Effects of taking clonidine with alcohol, even in small dosages, in most cases negative. A person may develop kidney failure. He has disturbed sleep, weakens the memory,the emotional state becomes unstable, there is a tendency to depression.

What to do in case of acute poisoning

If you suspect a person of poisoning clonidine and alcohol, immediately call the ambulance. Even if this person is unfamiliar to you, don't pass him on the street.

There are cases when people had poisoned, he did not cause SMP due to the fact that the decision for the alcoholic or drug addict. Thus, the victim was left lying on the street until the moment of self-awakening.

People in this state can be lost owing to the indifference of other people. Affected patients are left by the scammers unconscious on the street, can have severe injuries incompatible with life. 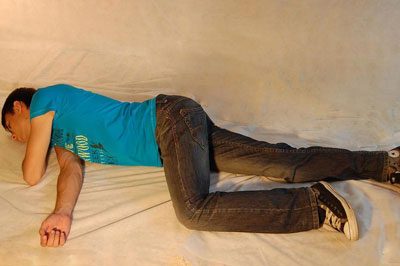 Poisoned person by calling an ambulance, try to Wake him up. Loudly ask him his name, what happened to him, potormoshit. If he is in a state of drug induced sleep or coma due to poisoning with clonidine, it may not respond to such acts.

Then look closely at its appearance. The body of the victim can be deep wounds, accompanied by bleeding. When detected, it is necessary to impose a tight bandage above the wound.

If the person is lying on his back or stomach, turn his head to one side to prevent asphyxiation from aspiration of vomit.

In the case of a patient have an attack of cramps, try to keep his head, that he is not broke. But in the mouth to stick something to prevent biting tongue not worth it, by doing so, you'll only hurt the victim.

The ambulance arrived on a call, conduct a quick inspection and assessment of the patient. After first aid they hospitalitynet him to the nearest emergency poison control office.

Treatment of poisoning consists of detoxification, regulation of the cardiovascular and nervous systems. With the development of acute kidney damage is assigned to hemodialysis.

Clonidine is a hypotensive drug which is strictly forbidden to combine with alcoholic drinks. In the case of such overlap, it causes severe depression of the Central nervous system, the person falls into a deep coma or in a drugged sleep. Death may occur as from intoxication, and injury, and hypothermia. Be careful, fraudsters and criminals often use this drug to sedate a person, and then Rob him.