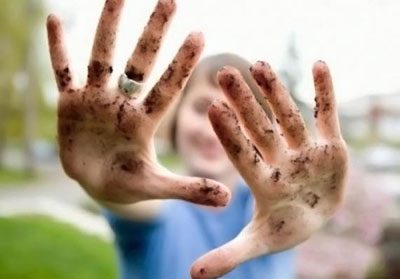 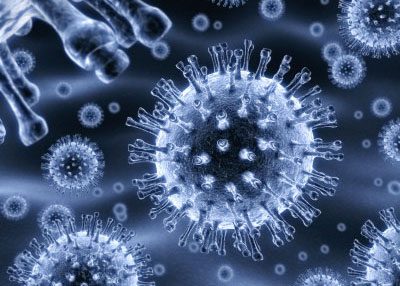 The incubation period of rotavirus infection in children and adults

Rotavirus infection is an acute infectious disease, which is the causative agent RNA rotavirus. Since its introduction into the body until the first symptoms occurs latent period. Often this disease is recorded in Pediatrics, therefore, does not lose its relevance the question how long is the incubation period of rotavirus infection in children?

This type of infection is an epidemic. That is why this disease is called "flu", but in fact, influenza virus rotavirus is not common. However, epidemic outbreaks of rotavirus is a hallmark of this disease. 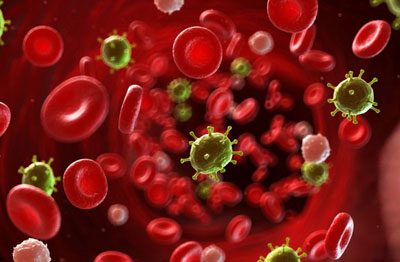 Another feature of this infection is its stability outside the host organism. In water rotavirus survives for 2 months, on various subjects – to one month, and in the feces for more than 6 months. He does not die under the action of acid, bleach and only afraid of high temperatures from 80 °C.

In addition, in order to provoke the development of infectious diseases, only a small quantity of this pathogen. How are infected with rotavirus infection? There are three main ways:

Children over 12 and adults are less susceptible to this disease. The clinical picture of the disease at this age can be erased. Diarrhea is pretty restrained, and vomiting is absent. However, such a person becomes a carrier of infection and contagious to others.

"Stomach flu" is most often associated with unwashed hands. This is the most trivial, but at the same time, the most common way of infection. Fecal-oral mechanism includes the following stages: 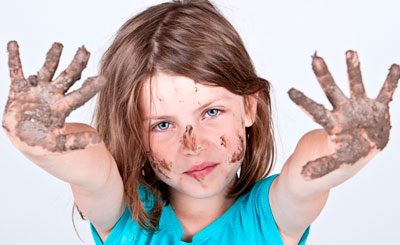 Carriers of the virus are not necessarily the people with obvious symptoms, and quite healthy at first glance, can also be a source of infection. When rotavirus is latent (hidden) condition, the carrier can feel good and the clinical picture is completely absent. Thus, as a result of life this person identifies the pathogen in the environment and doesn't even know it.

Distribution in the home 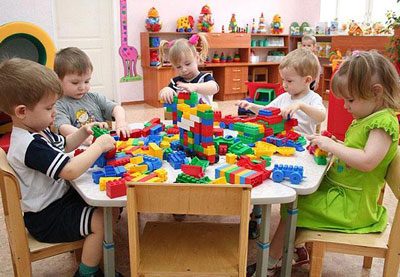 Rotavirus intestinal infection also often spread by contact-household in children's groups (schools, gardens, nurseries), there are outbreaks of infections in hospitals. There are a number of explanations.

For anybody not a secret that young children often try to test everything "to the tooth", so the various items end up in their mouth. In addition, they have a weak immune system, so are toddlers at particular risk. So through the toys, the dishes, the baby eats as well as through the surrounding pieces of furniture can easily be infected with rotavirus.

Outbreak of infections within the hospitals, of course, responsible medical personnel who do not comply with elementary sanitary-hygienic norms. In addition, due to the persistence of rotavirus to disinfection, it is very difficult to accurately process chamber after the infectious patient. 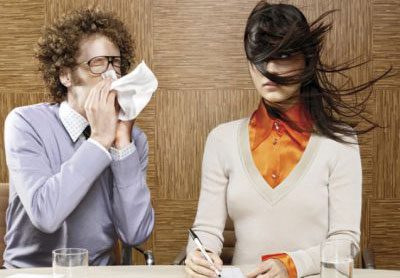 This mechanism is appropriate to talk in the first days of the disease, while the virus has not dropped below and is located in the nasopharynx. At this stage, the pathogen easily enters the environment when coughing, sneezing or even a simple conversation, being in microparticles of mucus that are secreted from the nasal passages and throat.

Such particles hang in the air, and then falls on different surfaces. Pathogenic microorganisms present in such microparticles, together with the inhaled air is sent to the mucous membranes of healthy people.

At close with a patient or carrier , you can catch it, even with careful adherence to the basic rules of hygiene. This often happens with mothers who are caring for a sick child or husband. In this case, it is advisable to use protective dressings.

Knowledge of the ways and means of getting a "stomach flu" in the body leaves no drop of doubt – whether rotavirus contagious infection. Definitely, but inform and carry out the possible methods of protection will reduce the incidence of rotavirus.

As the disease manifests itself in children and adults

Rotavirus in Pediatrics always behaves more aggressively than in adults. Sometimes adults do not consider their condition as painful because to easy cold symptoms and slight diarrhea many people are used to and tolerate this condition on the feet. And they are not even aware that such way can infect their children very dangerous disease.

Rotavirus infection is characterized by such symptoms: 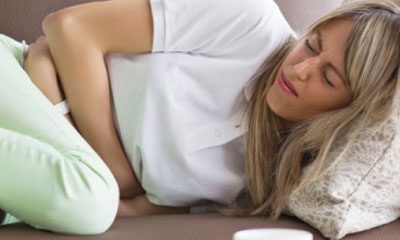 The children have a more severe clinical picture. Body temperature may rise to critical exponents, but most often it varies in the limit of 38.5-39,7 °C. In the acute phase of the disease may be single or multiple (after every SIP of liquid) vomiting. Painful diarrhea can include from 5 to 20 trips to the toilet for one day.

The collection of symptoms is not immediate, and increases in the course of the disease. Every child may react differently, symptoms in each individual case may vary greatly. One may at first plan to go weakness, but intestinal disorders themselves are not marked, and the other can immediately begin copious vomiting and diarrhea.

The latent period of the majority of rotavirus lasts from 1 to 5 days, but sometimes the clinical picture may develop during the day. It all depends on the child's age, his immunity, and the number of pathogens attacking the baby. The incubation period of rotavirus infection in adults lasts from 15 hours to 7 days, but the average is two days.

The manifestation of the ailment may start in three ways:

If the family or community there are sick of rotavirus infection, a period of alternately infecting all the others will be 3-5 days. The exception are people with an active immune system.

The clinical picture without temperature 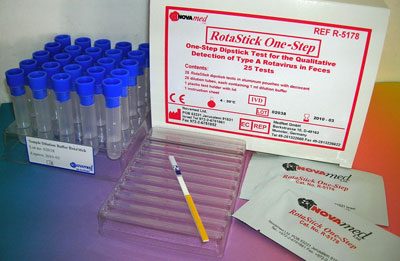 In this case, the symptoms of rotavirus infection usually is expressed rather weakly. This pathology without fever in adult practice much more common. To accurately diagnose the disease, you need to pass a stool or to pass the Roth test, which you can buy at the pharmacy.

But diagnosing the disease is experienced doctor can and together the common signs and complaints. On examination, the patient reveals tenderness in the epigastrium and around the umbilicus, and a rough rumbling. In the acute period in cases of reduced amount of urine, which detects protein, leukocytes and erythrocytes.

The duration of illness 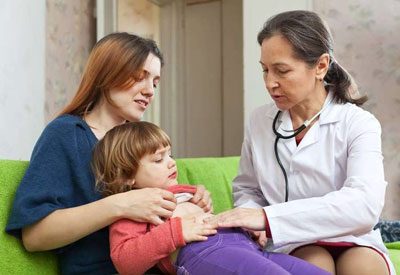 How long contagious rotavirus, should be particularly interested in people with weakened immune systems. A sick person is the main source of infection, as during all the days while he is sick and at least 10 days after apparent recovery in his discharge contains the causative agent. And some experts argue that a month after the first symptoms appear, can be considered as the infectious period.

Concerned mothers are interested in how much is kept in the body of rotavirus infection in children? The average duration of illness in pediatric patients is the same as in adult practice, 5-7 days. But a full recovery will take about 10 days.

Infant mortality worldwide from rotavirus infection is striking in its population – more than 400 thousand. Therefore at the slightest suspicion on this disease it is better not to refuse admission and to fight rotavirus under the supervision of experts.

And another popular question – is it possible to get sick again? Yes, this is possible and quite often seen in pediatric practice. As they get older the digestive tract becomes more resistant to various harmful microorganisms, the immune system grows stronger, so adults rotavirus rarely affects.

How many days sick with rotavirus and how often, depends primarily on the General state of human health, the presence of certain somatic diseases and the individual characteristics of the digestive system. Not all children suffer this disease in a severe form, as well as not all adults in an easy. 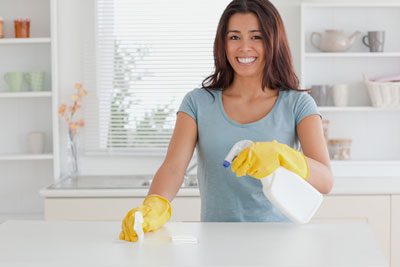 Compliance with the elementary rules of hygiene – the guarantee of health. To teach children to wash their hands after using the toilet, after returning home from public places or walk on the street, and also before meals you need from a very early age. And while babies aren't particularly conscious, this is a responsibility of parents.

Special attention should be paid to thorough cleaning of all surfaces in the house and regularly disinfect toys. And in the period of epidemic it is important to avoid contact with kids who already have specific symptoms.

Drinking tap water also should be excluded because rotavirus is not afraid of chlorine and other hazardous microorganisms many in the raw water. In addition, you should thoroughly wash fruits and vegetables, and even better to rinse themboiling water.

Timely strengthening of the immune system will help in the future to carry the infection in a mild form. And also as a prevention you can optionally use the vaccine.

Rotavirus has a fairly long incubation period, and its bearer even after full recovery for a long time can be dangerous for others. And though the ways of Contracting quite a lot, be vigilant, it is possible to protect yourself and your loved ones.