Dysentery (shigellosis) refers to infectious diseases that share a common manifestation of symptoms: the syndrome of infectious intoxication syndrome lesions of the gastrointestinal tract. For the disease characterized by the development of the inflammatory process in the colon. Infection of dysentery occurs in the majority of cases the fecal-oral route of transmission. At the initial stage of the disease there is no pronounced clinical picture, so recognize the carrier of the causative agents of intestinal infections is extremely difficult. Pathogenic microorganisms are easily transmitted from person to person through hugs or handshakes.

Characteristic features of the disease

There are two causes of dysentery. One of them is infected by rod-shaped gram-negative bacterium Shigella. There is another kind of intestinal infection, called, indicate what protozoa can cause dysentery. Outbreaks of disease often occur in countries with hot climate and shortage of medical staff. We are talking about amoebic dysentery, which annually claims the lives of hundreds of thousands of people.

In our country, the pathology provoked by penetration of the intestinal amoebae, is diagnosed very rarely. But if the causative agent of dysentery is Shigella, it is in the warmer time of the year infection is not uncommon. This organism has a remarkable resistance to temperature extremes. Moreover, for its active propagation is not necessarily the presence of oxygen in the ambient atmosphere.

The Shigella called the closest relative of E. coli. Both gram-negative bacteria thrive in acidic environments so acrid gastric juice does not pose any threat to them. Shigella lossless penetrates the biological barrier and goes directly into the colon.

In the posterior region of this organ of the digestive system the bacteria that produces the mucin – specific enzymes that can damage the cell membrane. This facilitates the penetration of the microorganism into epithelial tissue, which are the optimal environment for their reproduction. Gram-negative Bacillus of dysentery will release harmful to human body compound that triggers the development of extensive symptoms of intoxication. Such substances include:

The average life expectancy of Shigella does not exceed two weeks, but it multiplies rapidly. Even after the death of pathogen in the bloodstream continue to be endotoxins, causing the symptoms of acute poisoning.

After Contracting dysentery in the body there is a sharp decrease in the number of strains of bacteria that are part of the beneficial intestinal microflora. Under the action of toxic compounds mucosa is destroyed, destroyed epithelial cells, and in their place there are cracks and sores. Of them is constantly oozing blood, staining the feces red.

Contagious amoebic dysentery – doubt, and transmission of pathology are similar to shigellosis. The simplest pass in its development into four main stages, each with different effects on the gastrointestinal tract. Entamoeba histolytica absorb the dead red blood cells and epithelial cells. Protozoa multiply in the colon, producing enzymes that destroy the mucosa and deeper layers of a hollow organ. On the walls of the colon ulcers, of which is blood.

The main mechanism of transmission of amoebic dysentery is the penetration in the human body four-nuclear cysts by drinking water, not subjected to heat treatment. Also infection occurs through poor personal hygiene. It is no secret that some people use feces as fertilizer for plants. On the surface of the collected vegetables and fruits is always a lot of amoebas.

The transfer of dysentery from an infected person occurs over a long period of time from initiation of pharmacological drugs. The method of infection is not affected by the form of disease, the severity of symptoms or the time of year. The bacillicarrier there are no signs of inflammation in the colon. How is the infection at various stages of dysentery: 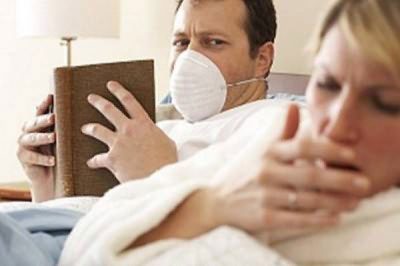 Bacteria carriers of dysentery often become people with high resistance to viral and bacterial infections.If there is an infection of a person with a weak immune system, then it is diagnosed with an acute form of intestinal infection, occurring with development of signs of toxicity: vomiting, diarrhea, hyperthermia and fevers.

Bacillicarrier is the main source of infection in the family and the team. Each bowel movement is released huge number of microbes. If the infected person does not observe rules of personal hygiene, e.g. not washing hands after using the toilet, then the dangers are all around.

Dysentery in young children is very hard. Due to the increased permeability of blood vessels of the child endotoxins produced by Shigella, quickly spread in the body. The child is being developed immunity, so the probability of infection of intestinal infection is extremely high. The resulting dehydration is extremely dangerous for newborns and infants. The loss of more than 10% of body fluids of a child can cause death. 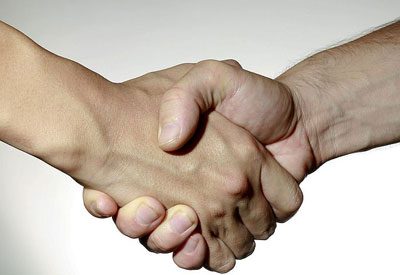 Gram-negative bacteria remains active in the human environment for 40-45 days. If the germ gets into a favorable environment (whole milk, cheese, yogurt), it rapidly reproduces. When you use such contamination of the product often occurs the infected adult or child. After a short amount of time, the ill person is diagnosed damage to the cells of the liver, kidneys, blood vessels. In the colon formed numerous ulceration.

As it passed from person to person gram-negative Bacillus:

Even with all the rules of personal hygiene contamination is inevitable, if a healthy person for a long time is in the same room with bacillicarriers. Why doctors put patients in a hospital, where insulation is provided.

The main mode of transmission of dysentery – infection of man with any form of contact with bacteria carriers. Shigella retains its ability to reproduce over long periods of time. Therefore, the surface of all objects, which was touched by the infected person becomes a source of pathogenic microbes. If bacillicarrier lives in an apartment with other family members, gram-negative bacilli are often found in remote controls, door handles, light switches. 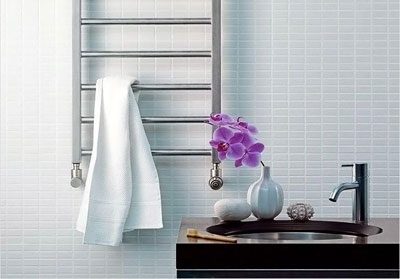 Infection with Shigella occurs while using one of the personal hygiene of the sick family member. It can be:

If a healthy person will use one Cup or a plate with bacteria carriers, the possibility of transmission of infectious agents increases many times. In institutions dysentery assumes the character of an epidemic due to the fact that children regularly share books and toys.

To avoid infection while staying in the same room with bacillicarriers possible. Shigella are killed in the processing of surfaces with disinfectant. Usually enough one procedure in one day to destroy all pathogenic microorganisms.

But the multiplicity of the use of antiseptic fluids is very important. If you skip another period of treatment, the dysentery will appear again on the switches, and gadgets. To a sick person it is necessary to allocate a separate bowl and towel.

Contracting dysentery in areas with large concentrations of people:

To minimize the chance of infection, you should frequently wipe hands moist with disinfectant wipes, do not forget to wash them after each visit to the toilet. It is not necessary to freeze products in the prevention. The causative agents of dysentery resistant to low temperatures, but the boiling Shigella die quickly. 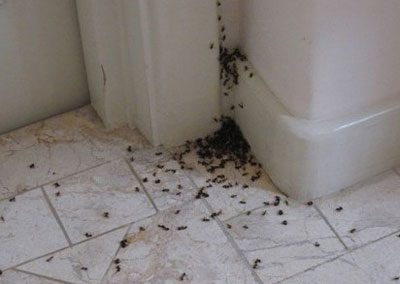 Through the bite of an insect infestation causative agents of intestinal infections do not occur, because the bacteria rarely penetrate into their body. But carriers of pathogenic bacteria are both harmful and useful insects – bees, ants, cockroaches. But most often people become infected by touching surfaces on which flies had. It is no secret that these flying insects often crawl through human feces, laying eggs there. On the legs of flies is transferred to the causative agent of dysentery from feces of bacteria carriers.

If the insect enters the apartment, office or house, you'll leave rod-shaped bacteria on many surfaces. People who don't leave the premises, infected with dysentery due to the penetration of the flies. Cookies left on the table, mugs and plates in the kitchen – all this can become a source of infection with microbes.

In countries where it is often rampant amoebic dysentery, insects contribute to the spread of protozoa on their paws. To reduce the speed of the epidemic, along with the use of pharmacological preparations, sanitary services, take steps toeliminate this route of infection. Shigella often break into houses of people on the villi of the small domestic legs of ants. 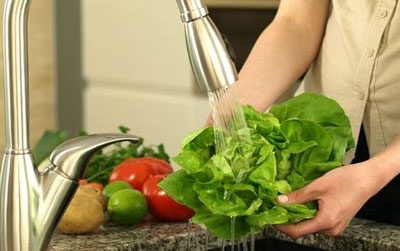 Dysentery causes consumption of food, which was crawling harmful insects – vectors of pathogens of dysentery. Gastroenterologists and toxicologists do not cease to convince the public that personal hygiene is a good prevention of intestinal infections. Berries, fruits, vegetables should always be washed before eating.

In the warm season, especially in the hot summer, you want to exclude from the diet products that cannot be subjected to heat treatment. Gram-negative bacteria thrive in an acidic environment, so cost to limit the use of kefir, varenets or sour milk.

Dairy products can be consumed only in complete confidence, they were subjected to proper storage at the store, otherwise you can develop symptoms of intestinal infection.

Shigellosis is often transmitted by water. Unsanitary conditions prevailing in certain urban beaches, contributes to the spread of causative agents of intestinal infections. The lack of toilet stalls leads to the faeces of the carriers in the river, pond or lake. Especially dangerous swimming in reservoirs with stagnant water. Little kids always swim near the shore. As a rule, there is a slight depth and warm water. But such conditions are favorable for the growth of pathogenic microorganisms. To eliminate such a mode of transmission people need health services responsible for epidemiological control.

Seasonality of the disease 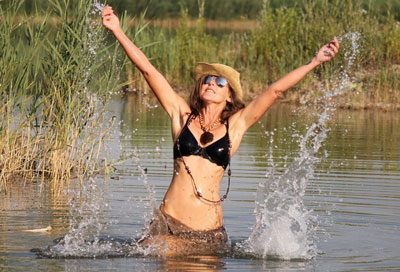 There is a misconception that rooting dysentery only in the spring or summer. In the hottest time of the year infection occurs more often in conjunction of precipitating infection factors:

Not only small children but irresponsible adults sometimes too lazy to wash freshly picked berries and fruits. They crawl like ants and bees, it is not surprising that soon a person experiences symptoms of dysentery: vomiting, diarrhea, fever.

In the cold season, infection occurs in any public place, where there were bacteria carriers. There have been cases of outbreaks of dysentery after drinking poorly purified tap water. It is also possible year-round infection when purchasing food at natural markets or stores that do not meet sanitary standards.

Gastroenterologists do not tire of repeating – a disease is easier to prevent, than then long to treat dysentery and complications arising. Despite the fact that the infection occurs even in those people who zealously taking care of their apartments, precautions will help to avoid infection. The likelihood of transmission of bacteria and amoebae to a healthy person is significantly lower, if it follows the rules of personal hygiene.