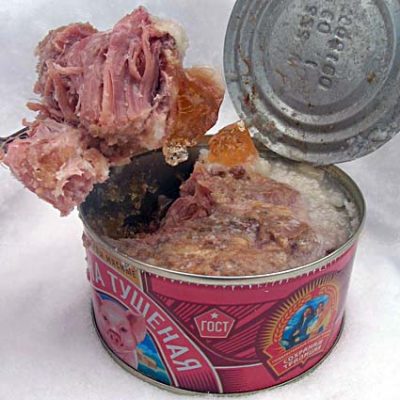 The temperature at which botulism dies if boiling

Botulism in conservation: characteristics and methods of destruction

What foods can cause botulism

Botulism is known for many centuries, the disease has its origin since then, when people began to eat rare meat. The disease is known mainly for home canned meat and other meat products domestic production due to insufficient heat treatment of the meat becomes a breeding ground for very dangerous botulinum toxin. But some foods can cause botulism? About this and also about ways of infection and methods of prevention of this rather dangerous infection is necessary to know in detail.

Briefly about the botulism

Botulism is an acute, progressive condition caused by botulinum toxin, which is the most powerful known natural toxins and exceeds the toxicity of the venom of the rattlesnake 750 000 times.

The manufacturer of this poison is a sporeforming bacterium Clostridium bothulinum. Most often, the infection occurs through contaminated food, there are also cases of infection via air and mucous. 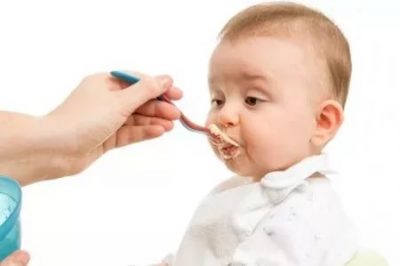 The children found a special type of botulism in which bacteria are able to multiply in the gastrointestinal tract. However, this property is found only in newborn babies until they reach 6 months. After this period, the ability of bacteria to survive in the intestine becomes impossible by reason of physiological processes.

Botulinum toxin is able to penetrate the nasal mucosa and upper respiratory tract, it is easily absorbed into the bloodstream through open wounds, when applied to the skin along with the earth. Once in the gastrointestinal tract, dispute bacteria grows and produces a deadly poison that is absorbed through the walls of the intestinal mucosa. As a neurotoxin, the poison affects the Central nervous system and causes the body to a state of flaccid paralysis. Very quickly affects the muscles responsible for breathing: damage to the nerve impulses blocking them, which can occur stop breathing and need a ventilator.

Foods that cause botulism

Most often, botulism is found in meat, often unfair in its manufacture. The presence of this toxin dramatically increases if an infected animal died. If such putrid meat to use as food, the risk of infection becomes very high. When there is insufficient thermal processing of meat products – canned stew, home-made sausage with the blood, ham and other meats – is also not ruled out infection, as the bacteria that cause botulism, are very common in nature and often come to the animals with pasture. The risks of becoming infected increase if such products are stored for a long time and in an improper manner.

In addition to meat, foods that causes botulism, is also the canned vegetable. Most often, the botulinum toxin found in mushrooms. It mushrooms the most dangerous in terms of Contracting botulism, as grow in the environment of natural habitat of the bacteria.

However, there is a fairly wide list of products, which can also be infected with dangerous spores. The fact that the bacterium Clostridium bothulinum lives in soil and is spread pretty wide, which allows it to naturally be anywhere where there is access to land. Due to the fact that botulinus only multiplies in an anaerobic environment, in an airless space, home canning has become an ideal place for breeding of this bacterium. The problem is quite relevant, as the home fans twist we rarely think of how much subjected to heat treatment a product that all the bacteria in it died.

Cold-blooded animals are much less susceptible to botulism, in contrast to warm-blooded, but botulism in fish is found widely. So, when buying fresh fish toxicity risks can be minimized by careful heat treatment and pre-marinade in an acidic environment, but when buying the finished product has all the chances to buy poisoned goods. Smoked fish if not properly stored propagated wand of botulinus – before you buy ask about how to store this product, the fish can not be stored in sealed containers must always be access of air. It is useful to ask where and in what conditions it is smoked, how it took time. Don't buy these Goodies in places without documentation of compliance with health standards. Spores can be found in dried fish with questionable quality should abandon such a product. It should be remembered that infected with botulism product does not change its odor.

If the fish dry-cured, smoked or salted in warm conditions, if the fish was kept a long time in the warehouse before they have been processed, and if it is subjected to cooling immediately after collection and until processing, it becomes potentially harmful to health. If in the intestine of such fish was Botox, it will begin to actively proliferate, infecting fish tissue. All this lead to poisoning. In salt fish with proper treatment and timely evisceration will not have the threat of infection with botulism – which is why you needattentive to the place of purchase this product and give preference to trusted manufacturer. Such fish should be stored at a temperature not higher than 10C.

Unlike live animals infected with botulism, to identify in the prepared product of the pathogen botulinin toxin is much more complicated. The patient animal pronounced damage to the Central nervous system, unsteady gait, lose mucous and other signs. But what is the unsafe meat product?

Due to the fact that the botulinum toxin reproduces only in a sealed environment, without access of air, and a potentially dangerous product are often canned – swelling banks will clearly specify on such a basis. Such cans have not. 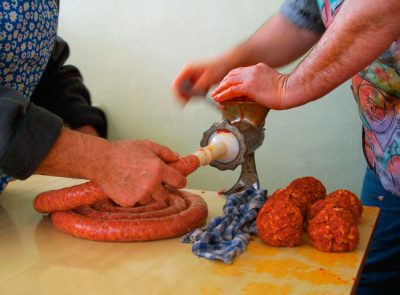 If homes are relatively safe canned home-made products, before eating they should be in the clear to boil on a water bath for at least 30 min. for Rare meats, blood sausages and other delicacies home production become extremely dangerous experiments – like products are better to buy in specialized stores.

Marinate mushrooms to close for the winter various kinds of pickles such pastime has become a national trait. Favorite Russian man kitchen can become really dangerous. Do not neglect the safety rules: it must be boiling all the vegetables before sealing in jars for at least 5 minutes. It should be remembered that airless environment is conducive to a very rapid multiplication of botulinum toxin.

Botulism in jam – a rare phenomenon, since all the berries and fruit and make jam, mostly have enough acid, and any acid suppresses Cl. bothulinum and stops its development. If cooked jam does heat treatment required for complete inactivation of bacteria is boiling for at least 30 minutes, then there is nothing to fear. Botulism in wine is also quite possible, although the action of alcohol could partially suppress the botulinum toxin. Home fault the reproduction of dangerous bacteria is due to the lack of sufficient conditions for control and full compliance with required sanitary standards.

Possible infection with botulinum toxin in pollen, which will be collected by bees for honey. Therefore, the botulism in honey is a direct danger to infants, because they sometimes add this ingredient to foods. Infant botulism from honey is extremely rare and in the use of mixtures containing honey in the composition, when the child is on artificial feeding.

Botulinum toxin may be contained in vegetable oil, once on raw, which is intended for pomace.

Thus, because of the extreme prevalence in the natural environment botulism can be a serious health threat. Protect yourself and your loved ones.