Home / Intoxication in diseases and infections / Poisoning of the body by infection of botulism / Botulism in conservation: characteristics and methods of destruction

Botulism in conservation: characteristics and methods of destruction

Botulism refers to a severe and deadly infectious diseases. When it comes lose the entire Central nervous system. In case of untimely diagnosis of botulism is fatal. And get it can be every person who ate canned foods, regardless of whether they plant or animal origin. In this article we have considered the basic signs of botulism in conservation, methods of prevention of this disease, its clinical manifestations and symptoms treatment methods.

Botulism is an infectious disease that leads to lesions of the Central and peripheral nervous system. Before the invention of specific serums, all infected with botulism died. Due to the advancement of medicine has made possible the cure of this pathological infectious diseases.

The causative agent, Clostridium botulinum, is anaerobic bacteria. This organism can grow and reproduce only in environments in which there is no oxygen. The most attractive place of its habitat are closed cans, have not passed sufficient heat treatment in the sterilizer or autoclave.

In canned food is Clostridium botulinum bacteria can enter through poorly washed from the earth foods, dirty hands, non-sterile banks etc compliance with the required temperature regime can protect us from this disease. After autoclave, where the sterilization of canned food should be stored in cool and dark places. At warm temperatures and good light bacteria multiply rapidly.

The bacteria themselves are harmless and do not cause disease. Dangerous is the botulinum toxin – a poisonous toxinproduced by the bacteria. It it causes damage to the nervous system and death.

People can be infected with botulism, not only through food but also through the wound surface on the skin, contaminated land. This infectious disease can be transmitted in the same way as tetanus.

Getting into the human body through food, the botulinum toxin is rapidly absorbed into the bloodstream through the mucous membranes of the stomach. Hydrochloric acid produced in the gastric cavity, can neutralize and inactivate it. Through the blood, the toxin spreads throughout the body, accumulates in nervous tissues. It affects neurons, cranial nerves, brain tissue, nerve pathways, spinal cord.

Remember that most often, botulism is found in the homework. Canned food is cooked on the industries that are more high-quality heat treatment and are more secure.

The main signs of botulism in canned food

How to find out if Bank of botulism? In fact, to suspect and to prevent infection easy. First of all you should inspect the appearance of the banks, to verify its date of manufacture. Risking botulism poisoning by eating expired canned products, increased significantly.

If you are engaged in the manufacture of preservation, don't forget to mark banks, indicate the date of production. Thus, you will protect yourself from poisoning.

Signs of botulism in canned food: 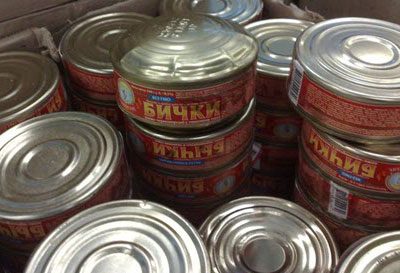 Remember that botulinum toxin has no taste, no color, no smell. To recognize it with the naked eye. The products look fine. Only bloating the banks can tell you about the dangers of its consumption. Contamination of products can be confirmed only in a laboratory study.

What canned food can be contaminated with botulism 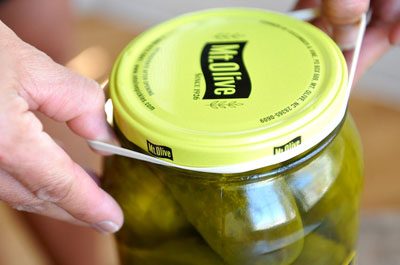 In any canned food you can find botulinum toxin? According to multiple studies, the threat can be any tightly and hermetically sealed.

Many people mistakenly believe that threat to humans are only meat canned products. But in fact there are cases, where it was discovered botulism in tomatoes, juice, corn, squash caviar, and other canned vegetables. Also botulism can occur in a variety of jams, marmalades, canned fruit.

Below are the most frequent causes of botulism. 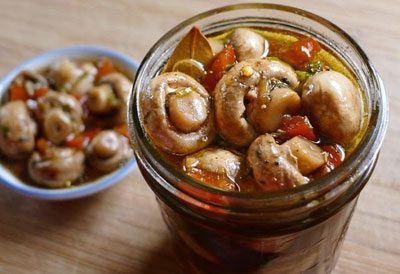 According to statistics, most often found in botulismmushrooms home production. Mushrooms are very difficult to clean out of the dirt, and spores of botulism fall into the jar. Mushroom botulism is the main cause of death caused by Clostridium botulinum. To identify botulism in a jar of mushrooms is not always possible. Very often, the lids of such cans do not swell.

At home canning of mushrooms, to completely destroy the spores of botulism with high temperature often fails. Only heat treatment in a professional autoclaves allows you to destroy bacteria and spores in pickled mushrooms.

Botulism in pickled mushrooms, sauerkraut, tomatoes and cucumbers cannot be developed due to the fact that such conservation is not sealed and food is constantly supplied with fresh air.

At home the safest mushrooms to be frozen, and not canned. Thus, they retain the taste and nutritional properties and are not dangerous to humans. Frozen mushrooms, botulism cannot develop, as the products are stored in the environment where there is oxygen. 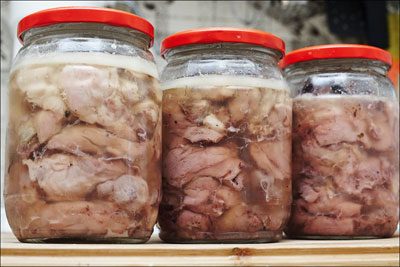 Harmful stew? This product is loved by many since childhood. But, unfortunately, he is in second place on the danger of Contracting botulism. Most do not know is it possible to poison the stew. At home making the risk of contamination with botulinum toxin is high, so as to kill the spores is possible only with long-term sterilization in autoclaves. At home, most often the stew is cooked in conventional ovens.

But in the store the stew to meet the botulinum toxin is unlikely. It is fully heat treated and is safe for humans. But to use it for food only after inspection of the external jars and expiration date.

Can I eat canned suspicious 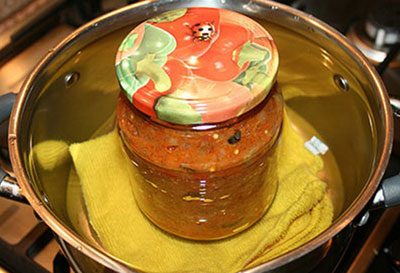 How to destroy botulinum toxin in swollen cans? Some believe that if you take the canned product from the swollen cans and boil it, then all the toxins will disappear.

In fact, if you suspect contamination of canned food with botulism should be immediately disposed of with jar and cover, in any case not to eat. Re-heat treatment of the product does not provide complete destruction of the toxin.

If vinegar kills the botulism? To get rid of the toxin with acetic acid impossible. Bacteria and toxins are not sensitive to it.

To risk your health and eat canned foods with signs of contamination with botulinum toxin, is prohibited. From them, you should immediately get rid of. To kill botulism by repeated boiling or processing of products vinegar impossible.

How to avoid botulism in conservation? If you still after reading this article decided to start canning foods, you should stick to the basics for the prevention of botulism. Below are the guidelines by which you can protect yourself from this infection when marinating at home: 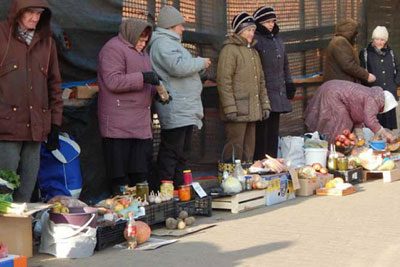 When buying ready-made canned be sure to check the expiration date and pay attention to the appearance of the banks. Do not buy ready marinated and canned products of unknown origin in the spontaneous markets and hands. Only products licensed by the required labeling, information about the manufacturer and the composition, can be safe.

Remember that canned mushrooms may be eaten only if you are confident in their quality and have seen the Bank from which they were laid out on a plate. In order to protect yourself from botulism, avoid eating pickled mushrooms at a party, cafe or restaurants.

The clinical picture of the disease

As rapidly developing botulism after eating canned food? The incubation period of infectious disease can last from several hours to five days. First, the disease causes disruption of the digestive tract, as in a regular poisoning. The patient has vomiting, nausea, diarrhea, abdominal pain. 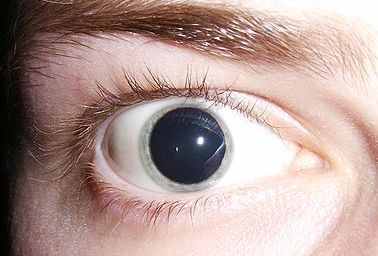 What to do in case of suspicion of human botulism

Botulism can be diagnosed and treated only by physicians. If you suspect that its development should immediately call the ambulance. Before the arrival of the ambulance not leave the patient alone. Make sure he choked on his vomit or eager language, not injured due to muscle weakness.

Remember that self-treatment of botulism impossible. Without skilled care the disease in 100% of cases ends in death.

Hospitalization of such patients is urgently in infectious diseases or intensive care unit.

Before the etiological treatment, further laboratory confirmation of the presumptive diagnosis. For the study come from vomit, faeces, washings of the stomach. Study of the blood in this disease are not effective.

Treatment of botulism consists of: 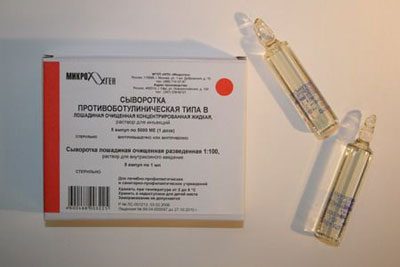 The prognosis for life and full recovery of the patient depends on timely access to medical care. The longer the infected person is at home and refuses to see a doctor, the less the chance of restoration and recovery.

Botulism is a dangerous infectious disease. Botulinum toxins are formed in canned foods that have not undergone the required heat treatment. The infection can be not only meat, but also canned vegetables. To protect yourself and avoid getting sick with botulism, you can use a simple prevention. It consists of the observance of the basics of cooking, storage and purchase of food. If signs of infected with this infectious disease, you should immediately call the ambulance. Self-treatment of this pathology in 100% of cases leads to death. In the hospital the patient is examined after laboratory confirmation of diagnosis enter specific protivobotulinicheskoy serum, thanks to which manages to save a man's life.