Mushrooms, in addition to nutrients, can contain toxins. If their concentration is large, such product becomes dangerous for health or even human life. Deadly poisonous mushrooms of Russia can be found in any region. So fans of silent hunting it is necessary to remember the distinctive features and the favorite locations of such copies.

All mushrooms can be divided into four large groups:

The greatest danger to humans are poisonous instances. Especially the most dangerous of them must study.

Mushrooms with a high content of phallotoxins and amatoxins

The most poisonous mushrooms Russia contain exactly phallotoxin or amatoxin. The danger of these substances that the symptoms manifested after the poison has had its effect. After a few hours open severe diarrhea, cramps, overwhelming thirst. Three days later, the person becomes much easier. But after another day's liver is failing and people dying. Phallotoxin and amatoxin contains the following mushrooms: 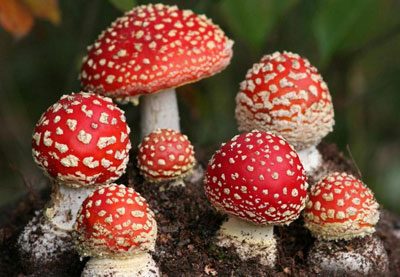 Correct recognition of edible and poisonous mushrooms can save lives. Even a small piece of this product can lead to death.

If you doubt that you found in the woods mushroom is edible, not to tear it. It is better to return home with an empty basket, than to risk their lives.

Muscarine belongs to the group of neurotoxins. First and foremost, it affects the human nervous system. All poisonous mushrooms containing the substance can cause hallucinations. Fatal results in the consumption of large quantities of this product and failure to provide assistance. The first signs of poisoning appear after half an hour after consumption. Initially, changing color of face, increased salivation, shortness of breath, the victim falls into a feverish state, quickens the heartbeat. 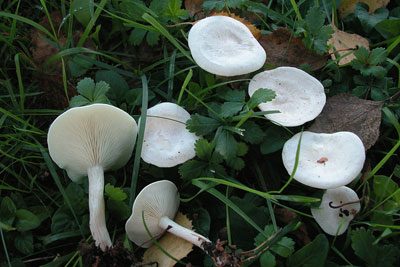 Toxic poison contained in the mushrooms can cause irreparable damage to your health. So, before heading into the forest, carefully study the features of poisonous instances.

Upon detection of the first symptoms of mushroom poisoning, immediately call an ambulance. Self-medication in this case can cost you your life.

Poisonous mushrooms are those which contain gastrointestinal toxins. The use of this product causes serious gastric and intestinal disorders. The first symptoms after a couple of hours. Human torture nausea, severe headaches, vomiting, and diarrhea. Such poisoning is seldom fatal, but have a negative impact on human health. Such mushrooms include: 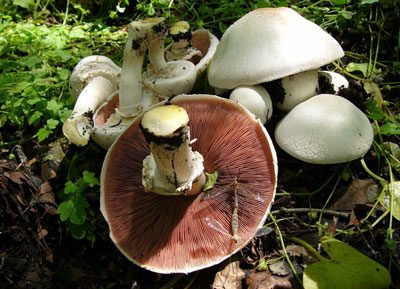 What mushrooms are poisonous, it is better to learn to hike in the woods. So you will save yourself and your family from poisoning and, as a consequence, serious health problems.

Fungi, which include hemolytic poisons 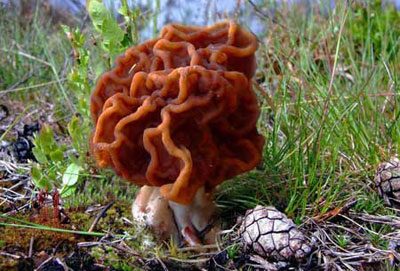 The influence of hemolytic poisons leads to the hemolysis. This is the breakdown of red blood cells, after which the blood becomes homogeneous and okazivaetsa in bright red color. On the background of this problem may develop anemia, leukemia and other blood diseases. Symptoms of poisoning with mushrooms that contain hemolytic poisons appear after 12 hours. In severe intoxication, this time can be reduced to two hours. The first symptoms become extreme fatigue, dizziness, headache, colic in the stomach, vomiting.

Such fungi include gyromitra ordinary. It is possible to find on the sandy soil. He likes to settle on forest edges, roadsides, clearings. Unusual hat. It resembles the human brain. Has folds and grooves. Painted gray, reddish, or brown.

Recent research scientists proved that in the line, in addition to hemolytic poisons, contains giromitrin. It is deadly to humans substance, which is not destroyed even by prolonged boiling. Russian mushrooms gyromitrin concentration is not high, so the lines can have with proper treatment. But for the safety of yourself and your family from the use of such a product should be abandoned.

Orellanine has a destructive effect on the kidney, respiratory system and musculoskeletal system. Poisoning can take place only two weeks after intoxication. There is a significant increase in urine output, pain in the stomach area, vomiting, feeling of dryness in the mouth. Failure to provide medical care leads to kidney failure and, consequently, death. This substance is included on the following fungi: 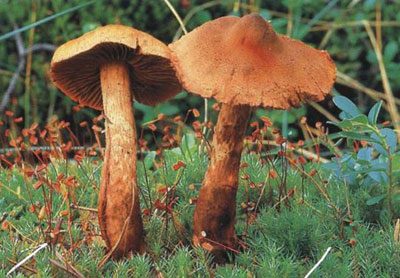 Charming mushroom flavor attracts a large number of fans of silent hunting. But before heading into the forest, carefully review the threat mushrooms and how to distinguish them from edible.