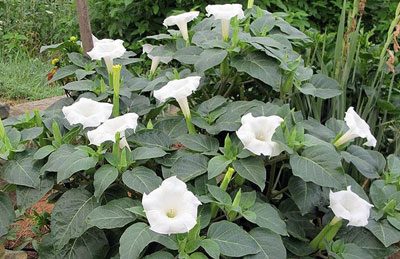 Poisonous medicinal plants and their properties

Home / All kinds of toxins and poisons are dangerous to humans / Types of plant poisons in our world / Grass, poisonous to humans

With the onset of warm and Sunny days, many families choose to relax on the nature. Few people realize that in the woods and fields of a person may face grave danger. One of them are considered poisonous herbs in our country at least a little, but they pose a threat to health, and in some cases human life. Be able to distinguish between poisonous vegetation should not just every adult, but a child of school age. Because children because of their curiosity often receive severe poisoning, taste attractive berry or blade of grass.

Belladonna refers to a very poisonous plants. The height of this plant can reach 2 meters. The belladonna dense branching stems and rather large leaves are dark green, ovate. Flowers of belladonna, small, single, in form very similar to the bells. Color buds purple and bright yellow. Belladonna blooms from late may until mid-winter, it is considered a perennial.

Belladonna has long been used in cosmetic and medicinal purposes. In ancient times women were buried the juice of this plant eyes, to give them a unique Shine, as well as Ter leaves cheeks until a beautiful glow. Such properties are explained in part by atropine.

Ingesting belladonna causes abnormal excitation, due to this property the plant has other names – crazy berries or deadly nightshade.

In cases of poisoning by belladonna the main symptoms appear after 15 minutes after the ingestion of this vegetation. The main signs of poisoning are:

In severe poisoning hallucinations, and seizures. The consciousness patient is confused, the temperature rises up to high levels and skin blush. The pulse is almost nonexistent, the pressure drops, there is respiratory failure. The result can be fatal, especially if a person has a weakened body. 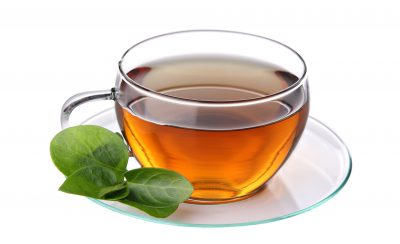 In cases of poisoning by belladonna must make a gastric lavage and then give weak tea. The alkaloids in the plant, in contact with the tannin that is in the tea, so it is not absorbed into the bloodstream.

You must then give the victim the adsorbent in a therapeutic dosage, which corresponds to the age. If there was a strong heartbeat, it is possible to give the patient heart drops.

It must be remembered that an ambulance should be called at any case, even if a patient has become easier.

Conium maculatum is a biennial that can reach heights up to 80 cm of the plant are hollow and quite branchy stem. In the first year leaves grow only at the base, and the second year begins to grow the stem. Inflorescence of small Hemlock collected in large umbrellas.

The area of incidence of Hemlock are considered as edges of forests, meadows, vacant lots and roadsides. This kind of poisonous plants can often be seen in the garden, where it grows like a weed.

Poisonous properties of the Hemlock was used in ancient times. The poison extracted from this plant, gave to drink to a man who was sentenced to death. 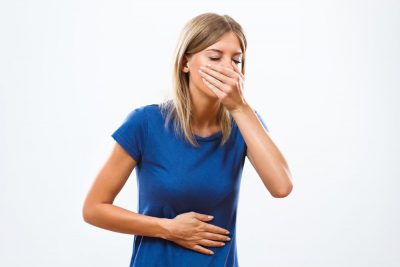 In addition, the body temperature drops considerably. The victim's urine has an odor that resembles the smell of mice.

First you overly excited, then it is the oppression of the nervous system. There is a General paralysis that begins with leg. In the end, comes to suffocation and death.

In case of accidental contact of Hemlock juice on the skin can cause severe allergic reactions.

As a first aid perform gastric lavage. To do this, use a weak potassium permanganate solution or a suspension of powdered activated charcoal with water. Give the patient several times to drink these solutions, and then artificially induce vomiting. Between vomiting give milk to the victim.

In cases of poisoning by Hemlock give the patient a laxative. You can take the usual magnesia.

Avran is a swamp grass that is found on the banks of ponds and marshland. Avran has a creeping root and can grow up to two feet in height. The plant blooms throughout the summer and if the weather is warm, the flowering is delayed until mid-September. Flowers white, have distinctive smell. In place of blossoms in the autumn formed boxes, which are abundantly filled with seeds.

Avran is a very poisonous plant,so you can use it for medical purposes without medical advice is impossible. Symptoms of poisoning by Abraham are: 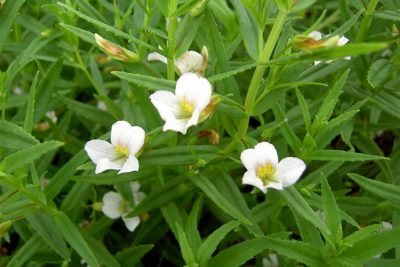 If intoxication is very strong, it is possible to stop breathing, which leads to collapse.

As a first aid in case of intoxication, the poison grass, give the victim to drink a little pink solution of potassium permanganate, and then cause vomiting. After the waste water become clean and retching ceased, the patient give any sorbent in high doses.

Avran drug is used to treat many diseases, but to conduct such therapy can only under the doctor's control.

Milestones poisonous is quite a toxic plant, the height of which sometimes reaches one meter. Landmark a landmark is that it fundamentally has a transverse cavity, in which there is a yellowish liquid. Small white flowers are collected in large umbrellas, which can be up to 15 large rays. The smell of the buds is quite specific and resembles the flavor of fresh celery. It is a poisonous plant begins to bloom in late summer. Many people know this plant called Hemlock.

Poison Hemlock was used in the ancient world for poisoning prisoners. According to legend this plant was poisoned by the famous philosopher Socrates.

The first signs of poisoning venom appear after only a few minutes after getting vegetation into the body. Symptoms of intoxication are as follows: 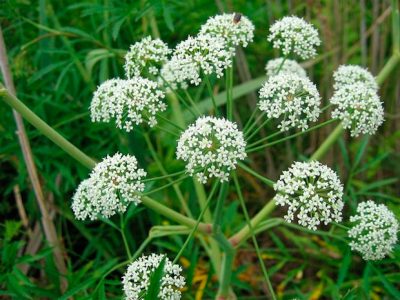 In severe poisoning abundantly secreted saliva, and can cause seizures similar to epilepsy. With the untimely assistance provided, develop seizures, which can result in complete paralysis and death of the victim.

As a first aid to the patient washed stomach and by enema the bowel. For this purpose it is desirable to use a weak solution of potassium permanganate. Then be sure to call an ambulance or take the patient to the health facility on their own.

Poisonous to humans grass can grow and flower beds. So, in recent times you can see the castor-oil plant, which are planted for decoration of houses adjoining territories. This plant is also deadly to humans, what should not be forgotten.