Salt can be called the main spice used when cooking most dishes. It gives the food a familiar taste. In small amounts it is necessary for our body, but the abuse of salt can lead to severe pathologies and even death. In this article we have considered a lethal dose of salt for humans, diseases that may develop due to consumption of large quantities, and the daily rate of salt, its benefits and harms.

Whether a person's salt

Salt consists of two necessary for human organism trace elements: sodium and chlorine. So the "official" scientific name of salt is sodium chloride.

Sodium and chlorine are necessary for human body substances. At insufficient receipt in an organism occurs violation of all his work, ranging from the functioning of nervous tissue, ending the contraction of the myocardium.

Sodium and chlorine are necessary and major components of blood. They need to maintain homeostasis in the body.

Daily salt allowance for a person

In a day a person needs to get 10-15 grams of salt. This amount is considered necessary to maintain the body's proper balance of sodium and chlorine.

Salt enters the body not only due to the lightly solting food. It is part of the fresh fruits and vegetables, mineral water.

Dietitians recommend that healthy person per day to eat no more than 5-10 grams of salt. The rest of the amount the body receives from other foods.

The dangers of salt for human

Harmful salt for the body? When the system exceeding the daily salt intake it can cause many chronic diseases. No wonder dietitians, cardiologists and neurologists have begun to sound the alarm about the fact that people in modern society, began to use huge amount of salt. Fast food, sausages, pizzas, snacks, chips, canned goods – all these products contain a dangerous quantity of sodium chloride.

What diseases and dangerous States may occur when consuming large amounts of salt? Below, we have a list of them:

Even 10-15 grams of salt can be dangerous for elderly people and patients having problems with heart and kidneys. Reduce the daily intake of sodium chloride to 3-5 grams is recommended for people having the following health problems: 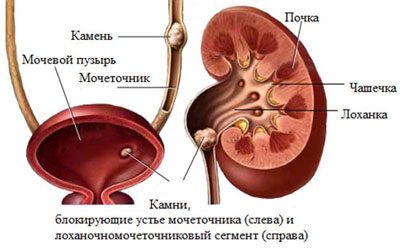 Doctors recommend limiting salt intake for people wishing to lose weight and lose weight. With the increased consumption of sodium chlorine is fluid retention, slowing of metabolic processes that prevent a person to part with excess weight.

At the same time, with increased sweating, while in hot climatic conditionsdaily salt intake can be safely increased to 5 grams, since a large amount of it goes along with then.

Can you die from salt 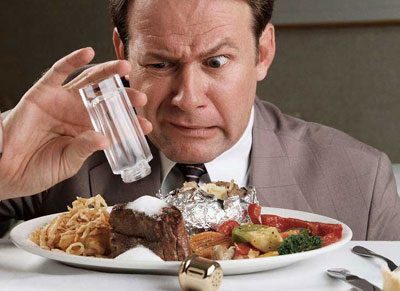 Lethal dose of salt for each individual. It is calculated based on its weight: 3 grams of salt per 1 kg. That is, if your weight is like 60 kg, the lethal dose for you – 180 gram. Agree, this amount of salt a normal and adequate person will not be consumed.

For children and the elderly this amount of salt is much smaller. Their cardiovascular system can not cope with such a large amount of sodium and chlorine.

Even insignificant excess of the daily requirement of salt is dangerous to humans, especially if it happens regularly. No wonder the salt and sugar called "white death" for the human body.

Drinking large amounts of salt dangerous to humans. It can occur not only intentionally but also by accident, for example, in a child. It is very important to recognize this condition and take the necessary measures for first aid and treatment of poisoned people.

Remember that acute salt poisoning develops not only the ingestion of a lethal dose of sodium chloride. Exceeding the daily requirement, even twice can cause serious health problems.

Acute poisoning with sodium chlorine manifested by the following symptoms: 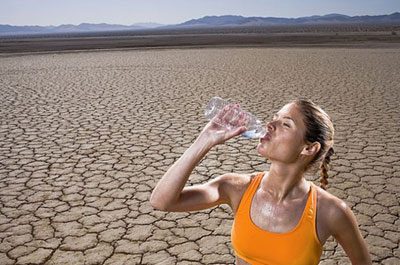 What if people ate a lot of salt

At the slightest suspicion on the development of acute salt poisoning, you should immediately call an ambulance. This condition is dangerous for humans and poses a threat to his life, so try to self-medicate is strictly prohibited.

Before the arrival of the medical teams start to give first aid to poisoned himself. The time of arrival of ambulance depends on many factors, for example, from traffic congestion and the availability at the moment free teams, so they should not just wait idly by. Timely and properly rendered first aid can save the life of the patient. Below are the main components. 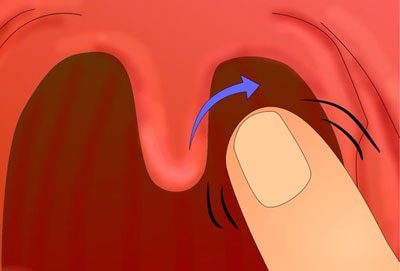 The first thing to try and get from the human body salt that has not yet absorbed into the blood stream. This should gulp drink several glasses of water and induce a gag reflex. This can be done by pressing the finger on the root of the tongue.

This vomiting is essential for humans, because the salt poisoning is very important to prevent the deterioration of the condition of the victim.

Add to water for washing stomach potassium permanganate, according to modern protocols, do not need. This substance does not increase the efficacy of treatments, as improper breeding can cause burns of the esophagus and stomach, acute intoxication requiring treatment.

Don't limit a patient's liquid intake. The more he drinks, the better. You should use normal drinking water at room temperature. Mineral water in this case is contraindicated.

Also give a poisoned person drink a glass of milk or a couple tablespoons of oil or butter. These products will not give the remnants of the salt absorbed in the blood and lower the degree of intoxication.

Medical care and treatment of acute poisoning with salt 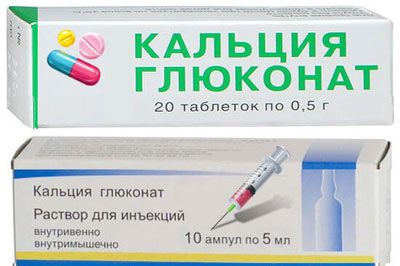 Further treatment will be provided by the medical team arrived on the call. They will connect the patient to an I. V. of calcium gluconate, administered with potassium, dripping saline. Hospitalization of such patients in the ICU.

After the stabilization, the patient may remain in hospital for a few days, to monitor the status of his cardiovascular system and kidneys.

Salt is a necessary substance for the human body. However, it is useful only if use it in moderation. Adult per day you can eat no more than 15 grams of sodium chloride. When the system exceeds this number develop diseases of the cardiovascular system, kidneys, disturbed sleep. Salt can be a deadly poison to the body. Acute poisoning itit is dangerous for humans. It leads to a drop in blood pressure, arrhythmias, convulsions and disturbed consciousness. To treat such poisoning only under medical supervision. Do not self-medicate and do not abuse the salt.