Treatment of food poisoning in the home

Food poisoning in an adult: symptoms and treatment

What is protein poisoning: symptoms, treatment

Temperature in cases of poisoning in adults and children: what to do

With boletus you can enjoy from early summer until the first autumn frosts. Small thick mushrooms with the aroma of cut grass are great for pickling, frying and cooking nourishing soups. Experienced hostess dry them in a dark place, and in winter, the kitchen fills with a wonderful smell of mushroom pie. But in order to feast on tasty, healthy and nutritious product, it is necessary to know how to collect, process and store forest products. Otherwise it is likely to experience symptoms of mushroom poisoning with mushrooms that are very dangerous for health and life. Here you will find information about poisonings with mushrooms.

The mushrooms are mushrooms that can survive only near the trees. Mycelium intertwined with their roots, they form a symbiotic relationship, beneficial for these plant species. The dense cap is oil most commonly found in pine forests or mixed pine-deciduous forests. Especially a lot of fungi growing on the sunlit forest clearings, but there is a possibility to stumble on large specimens under the hawthorn bushes or raspberries.

Boletus do not grow in boggy areas or near open water. They can be found under pine needles or under leaves. Major instances are found among the cereal fields.

As soon as the temperature exceeds 15 °C, the fans of "silent hunting", armed with sharp knives and a capacious baskets, go for the forest gifts. Here is the real, no lie, suillus:

Its name mushroom has received over the velvety skin covering the head. Does it feel buttery and very tender. This oiler the skin is removed effortlessly, one solid piece. 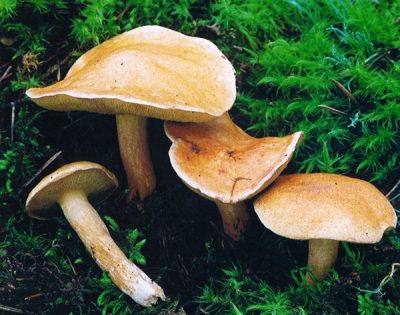 In nature there is poisonous fungi similar to boletus. Experienced mushroom pickers never confuse it with any other inhabitants of the forest glades. Distinctive features of the oil:

If there is any doubt that the mushroom is maslenka, then it should turn over and inspect the bottom surface of the cap. All deadly poisonous specimens have lamellar structure of this layer and not spongy.

In the forests found only one poisonous mushroom with a spongy structure of the lower layer. It's called "satanic", is deadly to humans. But apparently he's on the oiler quite similar – even inexperienced mushroom is able to distinguish between these types of forest gifts.

Boletus have many counterparts among conditionally edible and inedible mushrooms. When they are used there is danger to human life, but there is a possibility of poisoning, which threatened serious complications. Sometimes about poisoning by mushrooms leads to the development of chronic diseases of the urinary system.

Conditionally edible mushrooms can be eaten, but only under conditions of long heat treatment. Such species include: 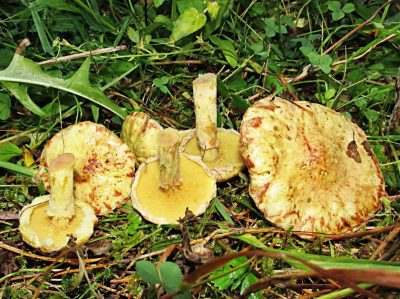 Pickers with experience do not neglect the above mentioned types of oil, because I know the secrets of proper cooking. Beginners better to throw these mushrooms poisoning can occur in the whole family.

There are two types of oil that are used for cooking are strictly prohibited: Siberian and yellow-brown. Fatally they can not be poisoned, but for a long time to get to hospital is likely. They are especially dangerous for young children and the elderly with poor health. These mushrooms when cooking or frying emit a specific odor, and in the collection change color. The leg on the cut purplish, hat becomes of Lily.

How to poison the mushrooms

Boletus love not only people but also insects, especially worms. If you don't pick from the delicious gifts of the forest, then after a while on the meadow 70-80% of instances will be corrupted. To use these mushrooms in food is undesirable: even cut out all worm holes, get rid of the larvae is impossible. In the course of their life, the worms leave the tissue products of metabolism, which can cause allergic reactions or poisoning.

To reduce the possibility of poisoning, should be thoroughly clean the entire surface of the lubricator. Larvae worms and flies can be detected already at the stage of cutting hats for frying. 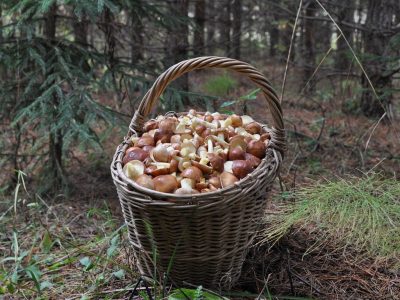 Doctors increasingly diagnose poisoning with mushrooms that were collected along the main roads and highways. All mushrooms have a special porous structure like a sponge and absorb all the harmful substances from the environment. The mushrooms can often be found in parks, squares and even in the courtyards of apartment buildings. About such places there is a large concentration of vehicles. Exhausts are absorbed by the tissues full, not destroyed in the processheat treatment, and pass into the cooked food and cause food poisoning.

Growing close to large industrial enterprises boletus accumulate elevated levels of cesium. This radioactive chemical element is extremely dangerous to human health even in microscopic doses. Being a strong reducing agent, cesium can accumulate in the muscles, liver, and renal parenchyma.

It is impossible to collect mushrooms near plants engaged in the production of electrical equipment, pharmaceuticals, chemical compounds. Cesium is unstable, evaporates easily in the environment, in spite of modern treatment facilities.

Collecting mushrooms near cities or highways, it is not necessary to cut off large specimens, matter how appetizing they look. The larger the mushroom, the higher the concentration of heavy metals and other hazardous substances. Small mushrooms have not yet accumulated toxic compounds and can be used for cooking various dishes.

Due to its oily structure of these fungi in conservation emit large amounts of mucus. This thick consistency of the marinade is a favorable environment for reproduction of microorganisms. As a rule, after a short time the metal or nylon lids on the jars with the workpiece to deform and the contents cloudy.

Some Housewives feel sorry for involved in the preparation of pickles of work, time and money, so they have re-sterilization. This leads to the fact that the whole family is in the hospital with acute poisoning. Despite the death of harmful bacteria when boiled, in brine remain toxic products of their metabolism. 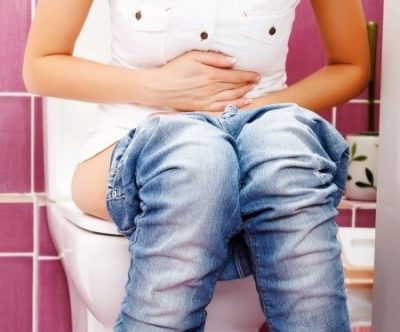 Mortal danger to humans canned mushrooms, not subjected to thorough processing. In bottles and jars with delicious workpiece begins to reproduce the spore-forming Bacillus Clostridium botulinum. It produces botulinum toxin, a strong organic poison. That's how he acts on the human body:

Pathogenic Bacillus enters domestic preparations along with the soil particles, the core of their habitat. Some pickers neglect to clean top hats little butter. They just washed them under running water, and spore-forming Bacillus remains under the soft skin and goes into the marinade.

Clostridium botulinum is an anaerobe. The lack of oxygen leads to its active reproduction. The duration of boiling or high concentration of acetic acid is not able to destroy the pathogen.

In the untimely appeal to the doctor for the introduction of antitoxin, in most cases, stated the death of a person. If you use the serum in time, the disease responds well to treatment. Unfortunately, many mushroom hunters are beginning to treat the first signs of poisoning by mushrooms of activated charcoal and milk.

All the symptoms of intoxication with mushrooms 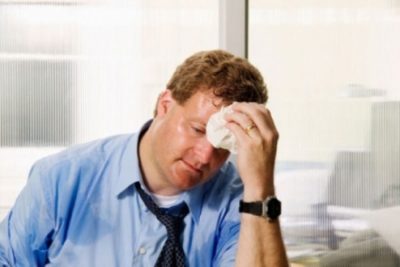 Older people may experience poisoning even usual mushrooms in the presence of chronic diseases of the gastrointestinal tract or urinary system. If the mushrooms contained a significant concentration of harmful substances, may occur the absorption of toxins in the damaged mucous membranes of the stomach.

The most severe clinical picture of poisoning is manifested in children. Experts do not recommend the use of mushrooms to children under 12 years. The body of young children are not yet Mature to digest such heavy meals. High probability of development of severe allergic reactions to proteins contained in mushrooms.

About the mushrooms: first aid for poisoning 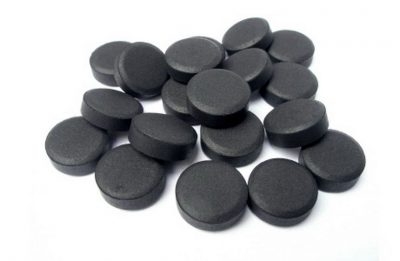 Even when detected, the victim has mild symptoms of poisoning require immediate medical intervention. After calling the doctor should give the man first aid.

Is believed that the symptoms of poisoning can be removed by the intake of alcohol. Experts have debunked this myth: the consumption of alcohol the toxins begin to be absorbed twice as fast.

To avoid poisoning, you have to collect or buy boletus in the audited areas. It is impossible to neglect the careful processing of forest berries and a long heat treatment. Only then delicious fried potatoes with mushrooms or aromatic soup can be fun, and not to bring to the hospital bed.