Hydrogen peroxide is a known antiseptic, which is available in every home. It can be used to treat the wound or scratch is not only an adult but a child. This drug should be used only for external use, as when it gets into the body must occur poisoning with hydrogen peroxide.

General information about the drug

Hydrogen peroxide (H2O2) is a chemical compound with strong oxidizing properties. Because of this property, the peroxide is widespread in everyday life, manufacturing and medicine. The anhydrous form of H2O2 is a colorless liquid syrupy consistency, but in everyday life is used an aqueous solution of peroxide.

As medical preparation applied 3% solution of peroxide. It is used as a cleansing and disinfecting agent for the treatment of small scratches and wounds. A more concentrated solution can damage the cells of the tissue that is located near an injured area, so it is used for the treatment of deep wounds. Under the influence of a concentrated peroxide separates dead skin cells, dried blood and pus.

Some people don't know is it possible to get poisoned with this drug, so mindlessly follow new teachings about the miraculous remedy for all diseases. Well-known folk healers recommend to use 3% hydrogen peroxide orally on a daily basis, constantly increasing the dose. According to them, this substance can rid the body of all pathogenic bacteria.

Household hydrogen peroxide is used as bleach and lighten the element when the color of the hair.

In the factory used 30% solution of hydrogen peroxide is perhydrol. He is able not only to oxidize, but also to whiten the surface. Because of this it is actively used in paper and textile industries, and is also used in the production of rocket fuel.

Peroxide is widely used in metallurgy (for processing of metals and alloys), chemical industry (involved in the synthesis of organic and inorganic substances) in the manufacture of polymers and cosmetics.

How can you get poisoned 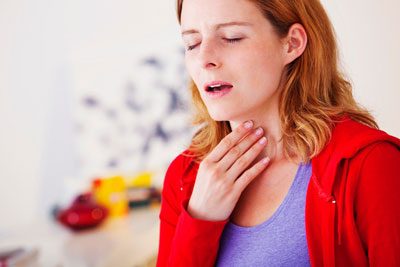 In medicine and the home used a weak solution of peroxide. This 3% liquid does not cause skin burns, also a pair of harmless to humans. But the weak form of the drug may cause a negative reaction. Often, especially for help turn to the doctor if the child drank hydrogen peroxide.

Keep all chemicals in a place which will not reach playful hands of your offspring.

Most often, the toxicity of the substance takes place in industrial conditions for the production of hydrogen peroxide of high concentration (perhydrol). Toxic fumes enter the respiratory tract, causing poisoning and burns of the mucous.

Symptoms of poisoning with peroxide

Symptoms of intoxication depend on the concentration of fluid trapped in the human body. The less water in the solution, the more damage it will cause to the victim.

If poisoning 9%-s ' solution of H2O2 can experience the following symptoms:

The body begins to decompose peroxide to water and oxygen, which begins to spread through the bloodstream throughout the body. Oxygen bubbles cropped the vessels in different organs, causing severe pain in the projection of these bodies. Begins to develop gas embolism. Her appearance indicated by certain signs: 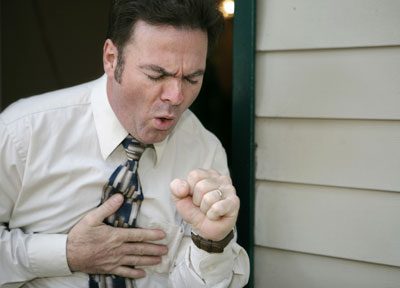 At this stage of the poisoning of burn lesions are traced along the esophagus, starting from the mouth and ending of the gastric mucosa. In cases of poisoning by perhydrol observed narrowing of the pupils, tremor of the legs and the lower jaw, unsteadiness. There is a delay in urination. In case of overdose with perhydrol, severe pain can cause shock and coma.

Even with mild signs of intoxication peroxide is an urgent need to call the ambulance. The slightest delay can cause complications, even if the person managed to swallow only a little of the solution. Before the arrival of specialists necessary to provide first aid to the victim.

The main measures to be taken in case of poisoning

When you hit the perhydrol on the skin the affected area should be carefully rinsed under running water. To completely remove the chemical from the skin, you need to rinse it at least an hour. It is not recommended to use cotton pads, swabs or wipes, as they will aggravate the situation and slow the recovery. If possible, you can handle the burn substance that neutralizes the effects of toxin, for example, citric acid.

If hydrogen peroxide gets into your eyes, you should quickly rinse it under running water. For a successful recovery, you need a long (at least 20 minutes), thorough washing of the eyes with eyelids opened. The procedure should be carried out before until the chemical is completely gone from the skin of the eyelids and conjunctival cavity. Then the damaged eyes needantibacterial drip drops and apply a dry gauze bandage.

If the victim has inhaled poisonous fumes, an urgent need to take him out, to give access to oxygen. 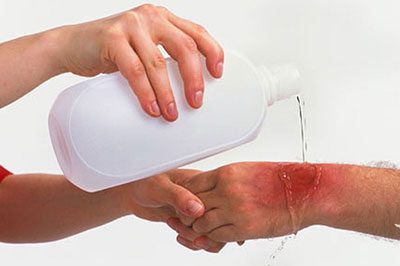 If peroxide got into the body, it is first necessary to dilute the concentration of toxin. This can be done by drinking as much water as possible. This often happens with children. If the child drank hydrogen peroxide, ingestion possible irritation of the mucous membranes, burns. Use 1 teaspoon of peroxide is unlikely to lead to large losses. If the child during the examination of the oral cavity is not detected areas of increased hyperemia (redness), pain when swallowing, the oesophagus, then the delayed effects can not wait. Nevertheless, immediately call an ambulance to doctors competently assessed the situation and determined whether you need hospitalization.

It is not necessary to induce vomiting because the poison back to the esophagus, increasing burn mucosal.

If the patient can't breathe, you can make him inhalation soda (in a glass of water does a teaspoon of baking soda). After all the procedures place the victim in bed, slightly lifting his head and shoulders.

If the person is unconscious, it is necessary to turn to the side. This will allow to avoid of tongue falling in throat. When stopping of breathing and heart have to do artificial respiration and indirect heart massage.

In some cases, the victim requires hospitalization 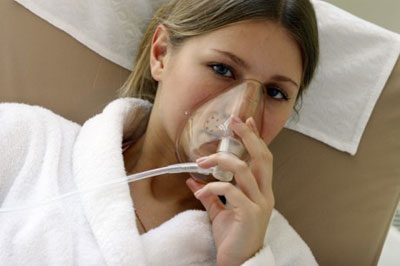 Professional medical care is required for victims who received burns to the skin or internal organs resulting from the exposure to highly concentrated solution of peroxide. In these cases it is necessary to call the ambulance.

Patients who suffered severe chemical burns to skin and mucous membranes, placed in the Department of surgery. In the hospital they prescribe the standard treatment of burn wounds. As prophylaxis using antibiotics.

The victims, who received a portion of the peroxide into the body, sent to the Department of toxicology. Here they carry out gastric lavage with a fat tip and prescribed medical drugs that reduce pain.

When poisoning pairs of perhydrol doctors conducting the procedures aimed at alleviating breathing, including conduct inhalation of humidified oxygen.

Avoid intoxication with perhydrol in an industrial environment, it is necessary to strictly observe safety precautions. Workers employed in manufacturing, should use PPE (personal protective equipment) masks, respirators, special suits and boots.

Prevention of poisonings in the home 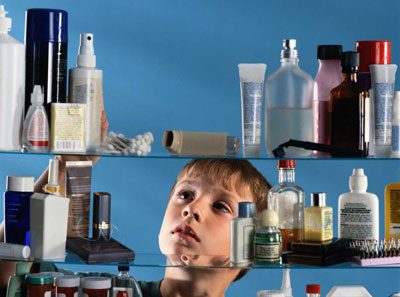 Keep the hydrogen peroxide needed in a tight bottle of dark glass. On the bottle must be clearly written the name.

The child couldn't get the drug, keep it in the box at a distance of 2 m from the floor. Immediately after use, return product to the place, do not leave it in a prominent place. After all, to consume a toxic substance inside can not only children, but your older relatives. Do not let children play with empty bottles of hydrogen peroxide. In the future, it may mix up the bottles and swallow the contents.

Do not use doubtful methods of treatment for themselves and their loved ones. Hydrogen peroxide is intended for external treatment only, not for ingestion.

Remember, the precaution in the treatment with drugs will never be over!