Home / The types of poisonings: food, chemical, mushrooms etc. / Radioactive and electromagnetic radiation harmful to humans / What kind of radiation most dangerous to humans

Radiation is an integral part of modern life. Avoid contact with sources emitting energy in the form of waves, is almost impossible. Home, work, transportation, leisure – all people at risk. When faced with different types of radiation, a living organism receives more or less damage. However, the most dangerous radiation to humans is radiation – its impact is often fatal and irreversible consequences.

Radioactive radiation as the most dangerous to humans

Radiation (radiation) is the most dangerous to humans. A distinctive feature – the ability to ionize substances at a long distance, destroying the natural life processes of living organisms.

This is the only type of radiation has such a high penetrating power. In contrast to other types of electromagnetic waves, the radiation emits not only energy, but also the smallest particles (atoms or fragments), capable to infuse all objects and living organisms through and through.

Their exposure to radiation can disrupt the properties of such materials as metal, not to mention living organisms. The human body operates with the help of electromagnetic pulses that violate the radiation is not difficult.

There are several types of radiation, the basis of division on the type of particles emitted during the emission and the ability to ionize substances

Getting a source of radiation in the body inflicts the most damage, radiation sickness and fatalities.

To radiation exposure in two ways:

Most dangerous is the second method of exposure, as the radiation source is inside and radiates negative energy, coming into contact with internal tissues. From external contact with the particles electromagnetic field protects clothes, the air, the walls.

All types of radiation accompanied with ionization of the cell organisms, which leads to the appearance of free radicals, toxic in contact cells. Experts have identified a pattern of radiation on the human body: 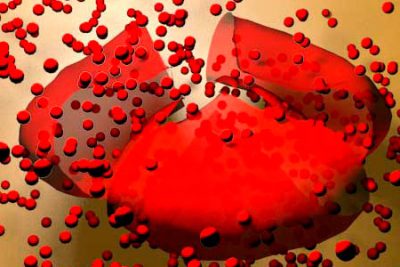 The danger to children increases several times. The younger the child, the more harmful radiation affects the bones and the brain. This is manifested in stopping bone growth, which leads to pathologies in the brain broken processes that lead to memory loss, impaired development of mental abilities.

For children in the womb, the effect is particularly detrimental in the first trimester. This period is formed the cerebral cortex, and the radiation will disrupt this process, and the child is either born dead or with obvious pathologies.

Radiation – a type of electromagnetic radiation. Has several types of radiation can cause harm to human health: radio waves, ultraviolet, infrared, laser.

Radio waves and their impact on human

People and radio waves can exist side by side for many years. Low nestles the ability of radio waves provides the only contact with the skin. Theycan heat up, and risk a person's excessive sweating.

Lethal threat radio waves are people with heart problems have a heart pacemaker. This device is sensitive to various vibrations in the form of waves.

Infrared radiation and its harm 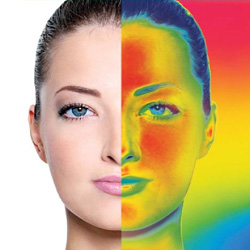 Infrared radiation is electromagnetic in nature, it is inherent in the wave length of 0.76 microns. Their main source is the sun, thanks to this feature, the sun not only shines but also warms. All living beings also emit infrared rays, but invisible to the human eye.

Shortwave infrared rays adversely affect a person, as it can substantially heat the skin. The ability to penetrate several centimetres under the skin can cause burns, blisters, sun stroke and subsequent hospitalization.

A greater threat to the IR light carries to the eye. Prolonged exposure to the retina results in cramps, water and salt imbalance, cataract.

Optical radiation and its effect on human

Optical or laser radiation is characterized by its visibility in the form of a beam, the atomic nature of the origin. Laser radiation is similar to the nature of light, but the light on the street is a natural phenomenon, and the laser – stimulated luminescence.

Long laser wave is not able to harm living beings, but short high frequency waves with prolonged exposure to threatening:

Ultraviolet radiation and its negative impact 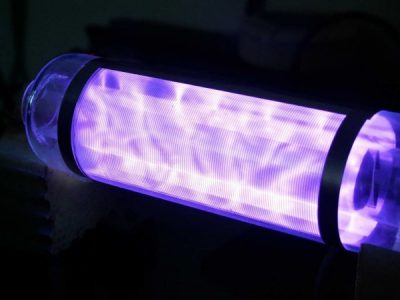 Ultraviolet radiation is closely associated with the infrared radiation. Feature UV rays is a chemical reaction that occurs during radiation. The main source of UV-pulses is the sun, but its harmful rays protects the ozone layer of the atmosphere.

Danger the devices in the home: welder, Solarium, UV lamps.

Prolonged exposure to shortwave UV waves not only leads to sunburn of the skin, but to her injuries. The ability to penetrate into the deeper layers of the skin entails burns, and mutagenesis (disruption in the skin cells at the genetic level). As a result, a cancer called melanoma, with a pessimistic Outlook.

Important! Eyes are very sensitive to UV light, collision with a medium-wave radiation leads to electronically, that is, the retinal burn.

Electromagnetic fields of different frequencies interact with the person constantly and bring damage to some extent. However, the radiation penetrates into the cells of the body unnoticed, causing serious and irreversible consequences: mutation, genetic disorder, cancer tumor. These effects may not occur immediately, but years later, after all, to bring radionuclides from the body – a work of many years.

That is why is radiation, in a timely manner to protect yourself from which is sometimes impossible.