Home / The types of poisonings: food, chemical, mushrooms etc. / Radioactive and electromagnetic radiation harmful to humans / What plant protects you from computer radiation

People who often work at computers, probably heard something about the fact that this technique comes from harmful radiation. So remember to start looking for something that can minimize potential harm. May be screens, or specific flowers. A Desk with a computer beat the colors are not only caring parents that care about the health of their offspring, but also many office workers. What plant protects you from computer radiation effectively and what is a defense mechanism, you must know everything.

What is the nature of radiation

You first need to understand what the computer can come radiation. It is worth remembering that the old models consist of a large system unit and monitor. So, if from the system unit radiation and minimal risk to health it poses, with the old monitors not the case.

Those users who found the old models of monitors, still specify in-store availability of the protective screen on a new technique. And approval of sellers that modern screens are completely safe for health, they are of little comfort.

People who are constantly working on the computer, always frightened the presence of x-ray radiation from this technique. But it is a thoroughly erroneous opinion, such exposure was never even on older models. However, electromagnetic radiation from an old monitor is, but it brings much less harm, than a modern mobile phone or a microwave.

Some computer users remove protective screens from old monitors and cling on the new model. Anything, except deterioration of vision, the manipulation will not do.

So will the flower to protect against radiation

Actually protect from radiation of computer will not be a single flower, although this is not necessary, as computer technology has no harm to human health. The flowers help neutralize the carbon dioxide to saturate the air with oxygen, some plants secrete special substances that prevent the reproduction of pathogenic bacteria. In addition, the flowers have an aesthetic function, elevate mood and allow the person to rest when he considers them.

Signs of people – expectation and reality 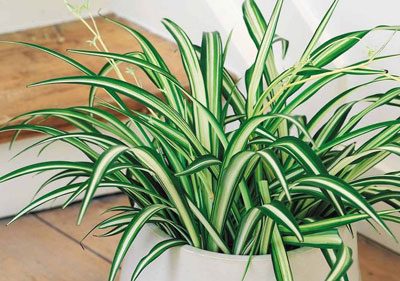 The people are of the opinion that if you put the cactus on the Desk, no radiation man not scary. Some users take this advice seriously and literally make the whole table cacti of different varieties. Sense of such tricks is almost there, some flowers are much more efficient on the human body:

Near a computer you can put any houseplant that pleases the eye. But first we need to think if there is enough light on the table for plants and not if such a place is disastrous.

Cacti is not recommended to put close to the computer for security purposes. One wrong move and dozens of spikes digging into the body. It can lead to abscesses.

So how do you protect yourself 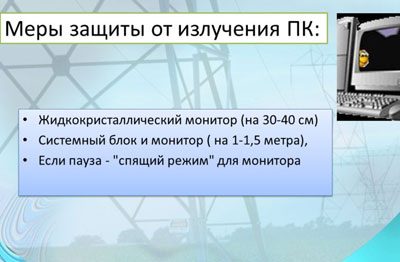 Man is so constituted that even if he was talking about all these security devices, it still tries to find the catch. To safely work on the computer, it is necessary to observe some rules:

It is rare to meet someone who has not spent some time for computer equipment. To preserve the health, often need to walk in the fresh air and move, and not rely on plants.