Home / The types of poisonings: food, chemical, mushrooms etc. / Radioactive and electromagnetic radiation harmful to humans / Types of radiation and their effects on the human body

The man is constantly under the influence of various external factors. Some of them are visible, for example, weather conditions, and their impact can be controlled. Others are not visible to the human eye and are called radiation. Everyone should know types of radiation, their role and applications.

Some types of radiation people can be found everywhere. A Prime example is radio waves. They represent oscillations of the electromagnetic nature, which are able to be distributed in space at the speed of light. Such waves carry energy from generators.

Sources of radio waves can be divided into two groups.

Human skin is capable of precipitating on the surface this kind of waves, so there are a number of negative consequences of human exposure. Radiowave radiation can slow the activity of brain structures, and cause mutations at the genetic level.

For individuals who have a pacemaker, such an impact is extremely dangerous. In these devices there is a clear maximum allowable radiation level, rise above it introduces an imbalance in the system stimulant and leads to breakage.

All effects of radio waves have been studied only in animals, direct evidence of their negative effect on a person, but the methods of protection scientists still are looking for. As such effective ways yet. The only thing we can advise is to keep away from the dangerous devices. Because household appliances included in the network, also create around himself a wave field, you just need to power down devices that a person does not at the moment.

The radiation of the infrared spectrum

All types of radiation one way or another linked. Some of them are visible to the human eye. Infrared radiation is adjacent to the portion of the spectrum that the human eye can catch. It not only covers the surface but are able to heat.

The main natural source of infrared rays is the sun. Man created artificial emitters, through which achieved the required thermal effect.

Now we need to understand how helpful or harmful is a form of radiation to humans. Almost all long-wave radiation of the infrared spectrum is absorbed by the top layers of the skin, therefore not only safe, but also able to boost immunity and strengthen the regenerative processes in tissues.

As for short waves, they can go deep into the tissue and cause overheating of the bodies. The so-called heat stroke is a consequence of exposure to short-wave infrared. The symptoms of this pathology are known to almost everyone:

How to protect yourself from the dangerous influence? You need to observe safety precautions, using heat-protective clothing and screens. The use of short-wave heaters must be accurately metered, the heating element must be covered with insulating material, which is achieved by the emission of soft long waves.

If you think about all the types of radiation capable of penetrating tissue. But x-rays gave me the opportunity to use this property in practice in medicine.

If you compare the rays of the x-ray origin for the rays of light, the first have a very great length, which allows them to penetrate even through opaque materials. These rays are reflected and refracted. This spectrum has a soft and hard component. Soft consists of long waves that can completely be absorbed by human tissue. Thus, constant exposure of long waves leads to cell damage and mutation of DNA. 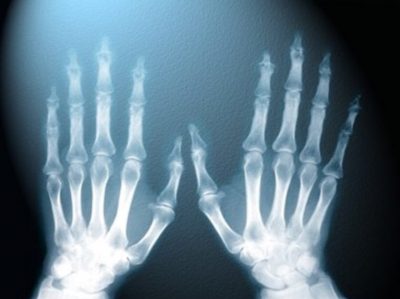 There are a number of structures that are not able to pass through a x-rays. These include, for example, bone and metals. On this basis, and images are produced for human bones to diagnose their integrity.

Currently created devices that not only make a fixed image, for example, of the limb, but observe what is happening with it changes to "online". These devices help the doctor to perform surgery on the bones under visual control, producing a wide traumatic incisions. With such devices it is possible to investigate the biomechanics of the joints.

With regard to the negative impact of x-rays, prolonged exposure can lead to radiation sickness, which manifests itself by several symptoms:

To protect yourself from terrible consequences, in contact with this kind of radiation shielding you need to use shields and pads made of material impermeable to the rays.

This type of rays people used to call simplylight. This type of radiation are absorbed by the object of influence, partly passing through it and partially reflecting. These properties are widely used in science and technology, especially in the manufacture of optical devices.

All sources of optical radiation are divided into several groups. 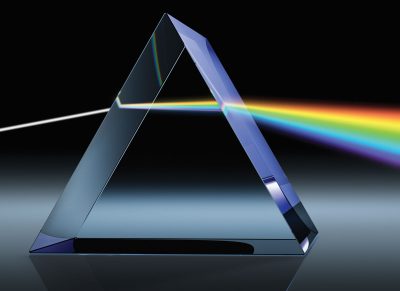 Optical radiation on the human body operates in conjunction with ultraviolet, which causes melanin production in the skin. Thus, the positive effect lasts until then, until you reach a threshold of impact beyond which there is a risk of burns and skin cancer pathology.

The most famous and widely used radiation, the effects of which can be found everywhere, is ultraviolet radiation. This radiation has two spectrum, one of which reaches the earth and is involved in all processes on earth. The second is delayed by the ozone layer and does not pass through it. The ozone neutralizes this spectrum, thereby fulfilling a protective role. The destruction of the ozone layer is dangerous to the penetration of harmful rays to the surface of the earth.

Natural source of this type of radiation is the Sun. Artificial sources invented a lot:

With regard to the effects on the human body, it is twofold. On the one hand, the lack of ultraviolet radiation can cause various diseases. Metered load such radiation helps the immune system, the muscles and the lungs, and prevents hypoxia.

All kinds of effects are divided into four groups: 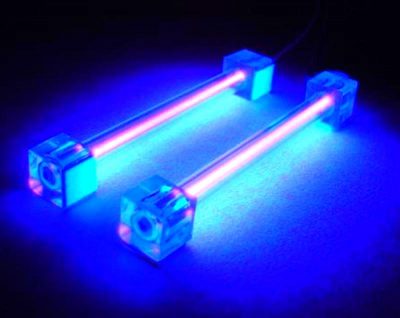 To the negative impacts of ultraviolet radiation include the ability to provoke skin cancer with prolonged exposure. Melanoma a very malignant type of tumor. This diagnosis is almost 100 percent means impending death.

With regard to the organ of vision, excessive exposure to ultraviolet rays damages the retina, the cornea and iris. Thus, to use this mode you need to measure. If under certain circumstances, have long-term contact with a source of ultraviolet rays, it is necessary to protect the eyes with glasses and your skin with special creams or clothing.

This so-called cosmic rays that carry the nuclei of atoms of radioactive substances and items. The flux of gamma radiation has a very high energy and is able to quickly penetrate into the cells of the body, ionizing the contents. The destroyed cellular elements act as a poison, decomposing and poisoning the whole body. The process necessarily involves the nucleus of the cells, leading to mutations in the genome. Healthy cells are destroyed and in their place are formed mutant that is not able to fully provide the body with all necessary.

This radiation is dangerous because people can not feel. Effects are not immediate and have a remote effect. Primarily affects cells of the hematopoietic system, hair, genital organs and lymphoid system.

Radiation is very dangerous development of radiation sickness, but even such a range found useful: 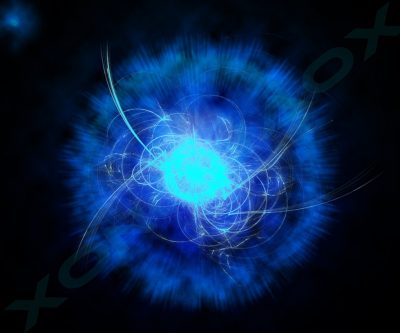 In conclusion, I must say that all the types of rays are used successfully by man and are necessary. Thanks to them there are plants, animals and people. Protection against excessive exposure must be the priority rule at work.