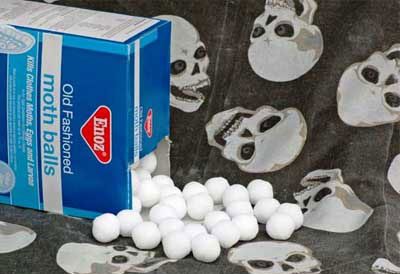 Harmful naphthalene to humans and can they be poisoned 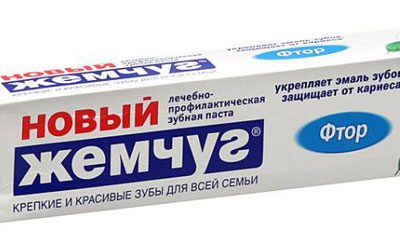 Poisoning by fluorine and its influence on the human body 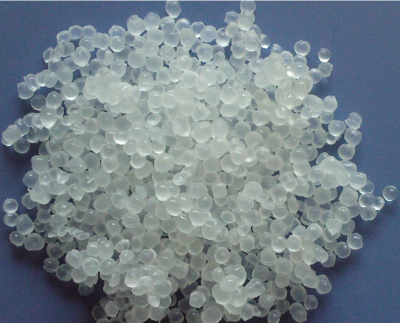 What happens if you drink PVA glue: implications for human

Home / The types of poisonings: food, chemical, mushrooms etc. / Chemical poisoning: signs, symptoms, what to do / The influence of hydrogen sulfide on the human body: what is its danger for health

The influence of hydrogen sulfide on the human body: what is its danger for health

The hydrogen sulfide in the concentration dependence has both positive and negative effects on the functioning of the organism and its physiological processes. This chemical compound can be formed in the internal environments, or come from the external environment. The influence of hydrogen sulfide on the human body is multifaceted, with both beneficial and toxic, can cause instant death.

What is hydrogen sulfide and its useful properties 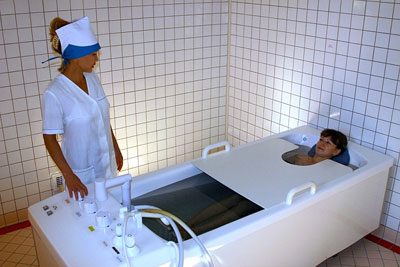 Hydrogen sulfide is a gas without color, sweet in taste, with a strong pronounced odor of rotten eggs. The substance is poorly soluble in water but readily in alcohol. Gas is flammable when in the air in a concentration of from 5 to 45%.

Hydrogen sulfide is common in natural water settings, such as oceans at a depth of 150-200 m.

Substance is formed during the decay of albuminous compounds which contain in their amino acid composition with grey. Hydrogen sulfide in small quantities is produced in the human intestine.

Endogenous produced in the body, hydrogen sulfide is important for the normal physiological processes. He is actively involved in the synaptic transmission of nerve impulses. A positive effect on the brain, promotes memory and perception of new information.

Gas is an antispasmodic, relaxes the blood vessels of small caliber and the smooth muscles of hollow organs. Therefore, the hydrogen sulfide is prevention of cardiovascular disease.

In small amounts acts as an antioxidant, reduces the severity of inflammation.

When injected into the blood, a toxic substance destroys the hemoglobin released when the iron reacts with H2S, and is formed with a black sulfite. He paints blood in the dark color.

The toxic action of the gas 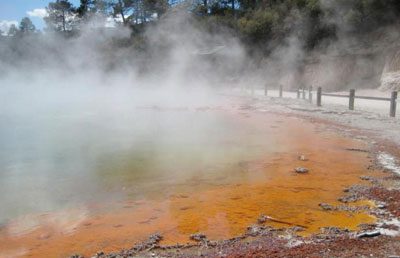 The hydrogen sulfide in the air is dangerous to humans. The gas enters into the body by inhalation and transdermal (through the skin) route.

Hydrogen sulfide is extremely toxic and dangerous to health. When the content of high doses in the atmosphere sufficient one inhalation to cause death.

Once in the body, the substance is oxidized and forms inorganic compounds. When inhaled, hydrogen sulfide paralyzes the olfactory nerves, and the man ceases to feel the smell of gas. This often leads to a strong poisoning due to the inability to timely detect and to stop exposure to the toxic source.

When the penetration into the internal environment of the organism, the mechanism of toxic action directed at the defeat of the nervous and hematopoietic system, bone marrow.

Gas has damaging effects on the mucous membranes. Due to the destruction of hemoglobin leads to severe hypoxia (oxygen starvation). Such a systematic effect breaks the functionality of all organs. The first toxic poisoning enters the brain.

In the hot season increases the likelihood of a stronger effect of the gas on humans. This is due to the fact that the activity of toxic compounds at high temperatures increases, it increases the volatility. The gas is easily and freely penetrates the skin and mucous membranes of the respiratory tract.

The toxic mechanism of action starts already when the content of hydrogen sulfide in air in the amount of 0,06%. At a concentration of not more than 150 mg/l irritated mucous membranes. Quantitative indices of 1.2-1.8 mg per liter of inhaled air causes death. The alcohol content in the body increases the effect of poison.

Symptoms of poisoning with hydrogen sulfide

Inhalation of air poisoned by the harmful sulfur compounds, one begins to feel unwell, there is dizziness and pain in the temporal and occipital part of the head. Gradually increases nausea. In the mouth there is the taste of metal. 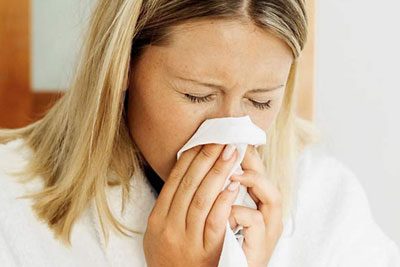 Mild poisoning manifested an irritating effect on mucous membranes of eyes and respiratory tract. There is a burning sensation of the conjunctiva, cramps and pain of the eyeball. Starts severe tearing, which leads to skin maceration (softening). Develops a fear of sunlight. Under the influence of gas reduced circular muscles around the eyes, the eyelids are intensely swollen and closed. Sclera become red.

Nasal mucosa is inflamed, there was an abundant exudate. The victim develops a runny nose. Throat raw, itchy and scratchy. Pain in the chest and cough. When listening to the sound of dry wheezing. Occurs reflex spasm of the bronchi.

The average degree of poisoning 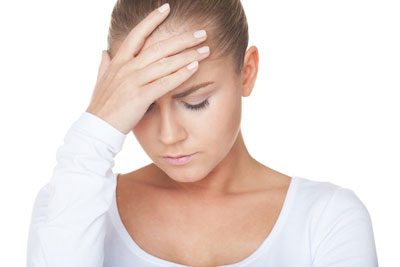 Worse pain in the head, growing weakness. Coordination of movements is broken. The human condition is changing rapidly, from the excitation goes into a swoon. The skin becomes blue, the heart beats faster, your blood pressure falls.

Against the background of failure of the functionality of the internal organs isinvoluntary defecation liquid stool and incontinence. Body temperature rapidly increases. Because of the defeat of the respiratory system, the inflammation of the bronchi and lungs.

Impaired filtering of the kidneys. In the urine detected cylinders and protein. 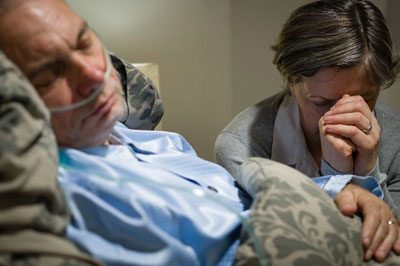 In severe poisoning with hydrogen sulfide the state and the life of the victim is endangered. Seriously disrupted the functioning of vital organs – heart, lungs, kidneys, brain, liver.

The person is in a coma. This is preceded by such signs:

Developed persistent encephalopathy – functional malfunctions of the nervous system due to insufficient blood supply to the brain. The result is oxygen starvation there is noise in the ears, impaired hearing, double vision, memory loss, appearance of hallucinations, delusions, speech disorders. In severe cases, temporary loss of vision.

Being in a coma, the victim develops a severe swelling of internal organs, leading to failure of the respiratory system and the heart.

Apoplectic form lesions of the body develops suddenly and quickly. The conditions for such poisoning – the gas content in the air of 1000 mg / m3.

Death occurs through paralysis of the respiratory center in the medulla oblongata. Sometimes it paralyzes the myocardium – the muscular layer of the heart. 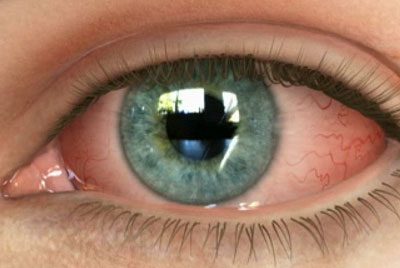 At low concentrations of gas in air symptoms of poisoning appear gradually and are mild:

This type of poisoning is possible in the case of non-observance of safety in production where there is a potential risk of toxic gas exposure on humans.

Complications after poisoning with hydrogen sulphide 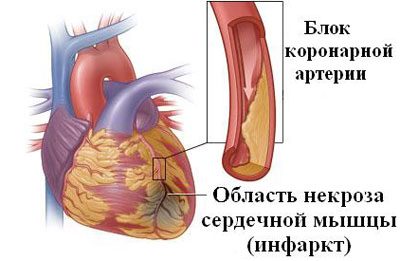 If a person suffered acute or subacute intoxication of poison gas, in this case, often develop adverse effects and complications of the internal organs.

The victim always present pain in the head. Sometimes there are fever. Often joined by infectious-inflammatory diseases of the respiratory system – bronchitis, pneumonia, swelling of the parenchyma of the lungs, dysfunction of gas exchange.

With the defeat of the heart muscle develops its degeneration, which subsequently leads to myocardial infarction.

The observed organic lesions of the Central nervous system, meningitis and encephalitis.

In General, the hydrogen sulfide affects the human body negatively, even at low concentrations. The gas is very toxic. The danger is the fact that people quickly adapt to the acrid smell and no longer feel it. Therefore it is not always in a timely manner provide first aid to the victim.