Home / The types of poisonings: food, chemical, mushrooms etc. / Chemical poisoning: signs, symptoms, what to do / What happens if you drink mercury from a thermometer

What happens if you drink mercury from a thermometer is not a rhetorical question for parents of toddler, who by coincidence was faced with such a problem. In determining the body temperature of the child uses a thermometer on a different basis, for example, alcohol, glycerin, mercury, and there are on electronic principle.

The most widely mercury thermometers, as they give the most accurate reading of the internal temperature of the person. This is due to the high conductivity of mercury and the linear dependence of the expansion coefficient of such an element.

Together with this visible advantage of the mercury thermometers have a serious drawback such as toxicity of mercury and the ability to concentrate in tissues, which leads to cases of toxic poisoning, even fatal.

Unlike the mercury thermometer

At home and in hospitals widely distributed is a classic thermometers with mercury, having a minimum error of 0.01 to 0.02°C. a Similar measurement accuracy is achieved due to the special properties of mercury as a chemical element.

Properties of mercury as one of the metals is quite interesting. The melting point of this chemical element is 38,8°C. This fact allows mercury to be in the liquid phase even under normal conditions. As any metal elements, mercury from a thermometer when the temperature increase tends to expand, but decreasing the temperature to decline rapidly.

Movable mercury leaves no trace on the inner surface of the thin tubes of the thermometers. Due to this, the use of tubes of very small diameter obtained by measuring instruments of high accuracy.

You should know that mercury is a highly toxic poison, refers to the 1st class of toxic substances. It is particularly dangerous are the pairs formed by the evaporation of metal even in a standard home (evaporates at a temperature of +18 °C).

The danger of a broken mercury thermometer

With careful use of mercury thermometers, and with proper storage in sealed cases, and out of reach for kids areas, these devices are not dangerous.

However, when the thermometer with mercury still fell and crashed, then to the child's health will bear risk of glass fragments from the tube and the housing of the thermometer, and liquid mercury from the instrument. You need to consider that this very toxic element characterized by a rather low temperature of melting, of the order of 38,8°C, which is not typical for other metals, then when the temperature reaches +18°C, the substance begins to evaporate.

You must know that mercury has the property to evaporate when free to air and even under water, under standard conditions of habitat of people.

If swallowed mercury from a thermometer, it does not so negatively affect the Central nervous system, the brain and kidneys, as the evaporation of the substance. 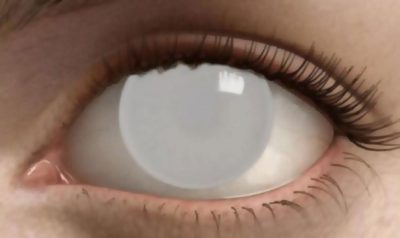 Toxic considered the evaporation of the liquid mercury, which when you breath settle inside the lungs. The metal is oxidized and in this form, mercury negatively affects human health. Intoxication vapors of the substance can cause pneumonia, paralysis, in some cases, even complete blindness.

Particularly sensitive to the effects of mercury are people with weak immune systems, babies younger and pregnant women.

Harm liquid mercury when placed in the mouth

Mercury thermometers are filled with a dangerous liquid metal in the amount of two grams. Spilled liquid mercury of this size, from thin tubes of the measuring device, enough for the chemical poisoning of a human. And depending on the body's immunity poisoning can be of varying severity.

It should be remembered that the symptoms of chemical poisoning do not always appear immediately, as this element is retained and accumulates in the body, if not to carry out all necessary actions.

Depending on the amount of mercury and exposure time are such types of intoxication: 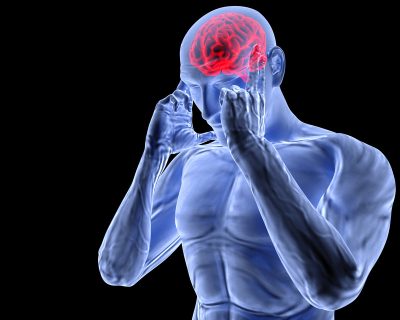 It is important to understand that mercury is characteristic neurotoxic effects on the human body, expressed in pathogenic effect on nerve cells.

When the child swallowed liquid mercury from a thermometer, it makes no sense to panic, as dangerous notmercury and its evaporation. Liquid metal almost the entire output from the body naturally without penetration into blood through intestines. The remaining part of the substance will be removed through the kidneys, but after a long time.

If you eat mercury from thermometer then you need to diagnose the ingress of substances into the body, to provide emergency assistance, and to identify and quickly neutralize spills.

What if the mercury fell into the child's mouth

A set of actions that need to be done if mercury somehow got into the baby's mouth, 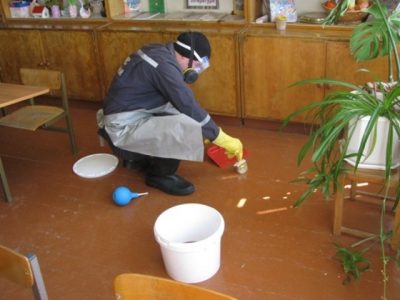 All the steps of picking up toxic substances should be carried out very quickly, especially when the room is warm. Otherwise the mercury will evaporate and can cause various lesions of the internal organs of respiration.

In the medicine Cabinet of any home is the thermometer, most often mercury. With careful use of this device, it is not dangerous for any person. In the case when the thermometer is accidentally dropped and damaged, do not panic, as soon as possible to dispose of all liquid mercury.