Chronic poisoning is a disorder of the body, growing when you receive inside the bloodstream small doses of toxic substances. For a pathological condition characterised by a long latent period of the destruction of the tissues and weak expression of symptoms. As a rule, chronic poisoning is detected incidentally in the diagnosis of other diseases. Treatment is aimed at elimination of precipitating factors and negative symptoms.

What can cause poisoning

Medicines or household chemicals not only significantly facilitate our lives, but also cause a slow intoxication. Microscopic portions of toxic substances penetrate into cells and tissues through the skin, mucous membranes or gastrointestinal tract. Especially dangerous is the inhalation of toxic fumes or gases. Such a process is not necessarily the case in industrial enterprises and waste incineration plants. In cleaning toilets or treatment plants from garden pests contain dangerous chemical compounds. Steaming, they irritate the nasal passages, larynx, throat, triggering the mechanism of the gradual accumulation of poisons, the formation of inflammatory foci.

The ability to slowly poison the human body are:

Industrial enterprises producing a variety of products, the employees will develop chronic poisoning. This involves using at certain stages of technological processes toxic compounds. They can be the main ingredients, secondary raw materials or to act as catalysts, accelerating chemical reactions. To chronic intoxication in the production of results failure to follow safety procedures when dealing with poisons and lack of adequate control.

The slow poisoning of the body occurs when the failure to comply with medical recommendations for the treatment of diseases or medication. Toxic compounds are not excreted but accumulate in the liver cells. Reduced functional activity of the biological filter, so the toxicity spreads to other organs and human tissue. 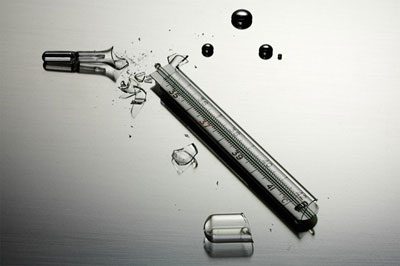 Almost all poisons have a cumulative or the ability to accumulate inside the body in a significant amount. Here are some examples of invisible currents of intoxication:

This kind of intoxication is dangerous the absence of symptoms. Swelling of tissues, low-grade fever or fatigue the person communicates primarily with recurrences of bacterial or viral infections. Antibiotics and antiviral drugs are not able to eliminate the cause of the malaise, only harm the weakened body. So the chronic poisoning often diagnosed at the last stage, when many organs cease to function.

How is chronic poisoning

If the precipitating factor of intoxication became pathogenic microorganisms (staphylococci, streptococci, E. coli, protozoa fungi), the human body is formed infectious foci. Bacteria and viruses carried by the blood flow to the tissues, there start to multiply actively. In life they secrete toxic substances that cause chronic poisoning. The lack of treatment contributes to the spread of the inflammatory process on other internal organs, the formation of new infectious foci.

Intoxication by pathogenic microorganisms is most likely to occur in people who: 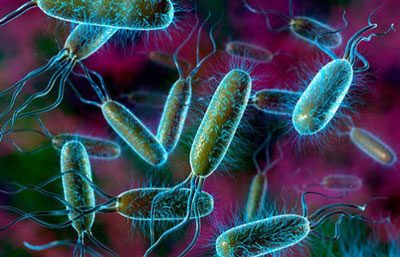 Chronic poisoning with ethyl alcohol and of narcotic drugs compounded by the heavy dependence on toxic compounds. In this type of intoxication in patients diagnosed by extensive damage to internal organs, muscle tissues and bones.

Serious violations of all vital systems occur after long-term accumulation of small doses of arsenic, mercury, compounds of prussic acid, chlorine, benzene. Poisonous substances bind to the red blood cells, preventing the transfer of active oxygen. All tissues begin to experience a shortage of oxygen. Gradually decrease the metabolic processes, blood circulation, increases the permeability of large and small vessels.

After prolonged exposure to toxins is the destruction or damage of epithelial cells. In their place is formedthe coarse connective tissue, devoid of any features. Internal organs begin to work in full force, leading to their extensive necrosis.

Every toxic substance causing chronic poisoning, provokes the appearance of a person's specific symptoms. But there is a common clinical picture for this type of intoxication: 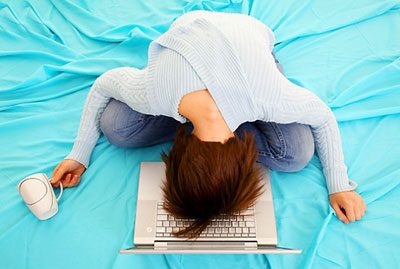 Almost always chronic poisoning occurs on the background of the development of kidney and liver failure. It disrupted the work of the urinary system, changes the color and smell of urine. After a short time, the stagnation of urine provokes bacterial infection, which becomes a cause of hemorrhagic cystitis, pyelonephritis, glomerulonephritis, the formation of concretions.

Typical signs of chronic intoxication include lack of appetite. These people may even be diagnosed as anorexic, which is often the cause of death. Insufficient absorption of biologically active substances and microelements in the intestine leads to iron deficiency anemia. 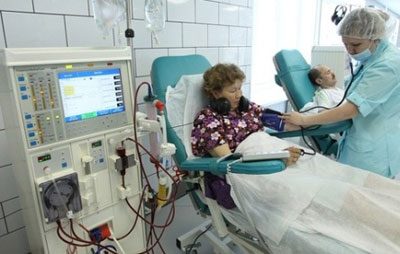 If chronic poisoning is diagnosed on the last stage, the victim hospitalitynet for treatment in a hospital. For removing poison from the body is used hemodialysis or hemosorption. Forced diuresis with diuretics is only applied while maintaining the functional activity of the urinary system.

At the initial stage of chronic poisoning are well established chelators and adsorbents. Course taking the drug quickly eliminates the negative effects of intoxication.

To increase the body's resistance to infections and help strengthen the immune system Immunostimulants, immunomodulators and complex vitamins. If the victim of the hair fall skin problem and the doctor prescribes iron medicine. Full recovery is facilitated by light diet, avoiding harmful habits.