Home / The types of poisonings: food, chemical, mushrooms etc. / Chemical poisoning: signs, symptoms, what to do / Poisonous technical liquids, and consequences of their use

In agriculture, some industry and military industry are widely used so-called poisonous technical liquids. These substances include solvents, brake fluid, antifreeze, oil and lubricants, antiknock additives. The increase in the level of technical equipment of enterprises leads to an increase in the number of workers in contact with potentially hazardous fluids. Most of these substances can cause acute or chronic poisoning failure to comply with security measures, so you should know what are the signs of intoxication, what are the events first aid.

There are a large number of poisonous technical liquids (ATG) used in modern factories. Depending on the toxic part, they are divided into several groups, as listed below:

Poisoning fluids as occurs during everyday contact with them, and if precautions are not followed in a production environment. The most difficult leaks intoxication by ethylene glycol, methylene and certain types of chlorinated hydrocarbons.

If you suspect a poisoning one of the poisonous technical liquids the victim must immediately provide first aid and transport him to the hospital. The loss of time in this case could lead to serious consequences including death. 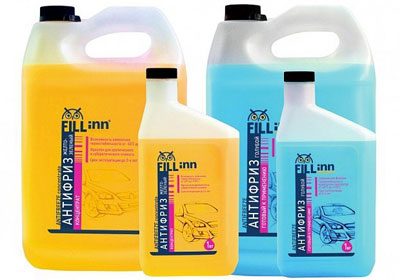 Antifreeze is an antifreeze used to prevent freezing of radiators of cars. In its composition may contain methanol or other industrial alcohol, but the most common component of antifreeze is ethylene glycol.

Ethylene glycol is a clear liquid with a sweet taste, resembling the liqueur. It is not prone to freeze at low temperature and readily soluble in water. In addition to antifreeze, ethylene glycol is used in various branches of industry: in the printing industry to dissolve dyes, in textile, cosmetics and paint production.

First aid to a person poisoned by antifreeze is to gastric lavage and the introduction of a laxative saline. After that, the victim must be transported to a medical facility. The doctor is taking measures for the excretion of poison: probe gastric lavage, forced diuresis, hemodialysis.

As an antidote to ethylene glycol using ethanol. In the hospital it is administered intravenously for 2-3 days. In addition, symptomatic therapy, aimed at restoring the functioning of damaged organs. 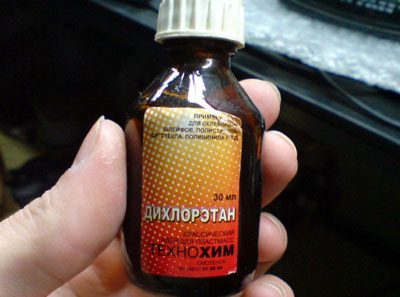 Dichloroethane is a liquid without color with a slightly sweet smell. In manufacturing plants this substance is used as a solvent of various substances: plastic, Plexiglas, fats. In commercially available preparations for removing stains with the content of this substances, so cases of poisoning by inhalation of vapoursare quite common.

Penetrating into the human body, dichloroethane penetrates into the bloodstream and distributed to all tissues and organs of the body. The victim feels burning sensation in the oral cavity and esophagus, especially in the use of the poisonous liquid inside. A person experiences nausea and vomiting, dizziness, loss of appetite.

The dichloromethane has strong narcotic effects. Once in the body, it affects the brain and spinal cord, which ultimately can lead to death. In addition, death can occur as a result of a sharp increase in the level of blood coagulation, toxic shock and kidney and liver failure.

In cases of poisoning with dichloroethane, the victim must urgently move to fresh air, if necessary artificial respiration. If the victim drank the toxic liquid, you need to do gastric lavage and give saline laxative. This first aid is completed, the remaining activities must have a doctor. 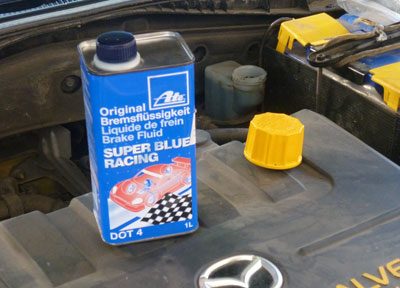 Tormozuhoy, as it is called brake fluid in the nation, fill the brake system of different mechanisms, including cars. Often this substance is green, and the taste is similar to the liqueur. Its members often contain toxic ethylene glycol.

Getting inside of the body, a toxic substance leads to severe poisoning, often ending in death. The victim experiences the following symptoms of intoxication:

Analgesics does not help to get rid of abdominal pain, vomiting improves with time. On the second day after poisoning in humans, there is pain in the lower back, there is a decrease and complete cessation of the amount of urine passed. The victim's face turn blue after 1-2 days it comes through the yellow, the whites of the eyes also turn yellow. In humans, there are signs of pulmonary edema, over time, there are problems in the functioning of kidneys.

Despite efforts to provide qualified medical care poisoning with brake fluid is rarely possible to neutralize. In most cases, the intoxication ends with a fatal victim. 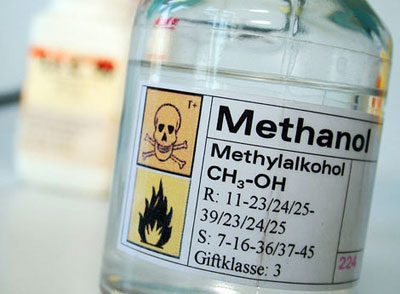 Externally methyl alcohol looks like a colorless liquid, taste and smell similar to ethyl alcohol. It is often used to dissolve certain substances in the composition of rocket fuel.

Methanol toxicity occurs as a result of inhalation of vapours or internal ingestion to intoxication. At the same lethal dose of the substance is 100 ml. With the untimely assistance provided death occurs in 4% of cases.

The acceptance of methyl alcohol is accompanied by intoxication, which is replaced by a latent period and phase detect intoxication. There are three degrees of poisoning with methanol, characterized by certain symptoms course:

As first aid it is necessary to carry out gastric lavage intoxicated person. Experts recommend to carry out this procedure repeatedly for 2-3 days to remove the remaining poison from the body.

Timely first aid can save lives and health intoxicating person.

In a medical facility, in addition to gastric lavage, the victim is administered the antidote – ethanol. If needed, provide symptomatic treatment – carry out oxygenic and blood transfusions, prescribed drugs, supporting the work of the heart. When reduced vision physician prescribers and procedures for its restoration.

The defeat of leaded gasoline 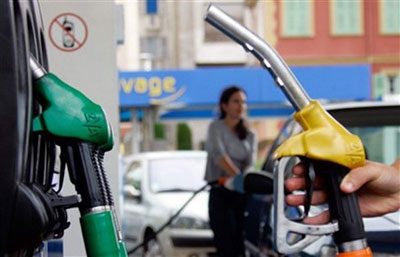 The toxicity of gasoline because it contains certain additives, including ethyl fluid or tetraethyl lead. These components can easily penetrate into the lungs by inhalation of liquid vapors and absorbed through the skin, causing severe poisoning. Intoxication can also occur as a result of the admission of the substance into the.

Poisoning leaded gasoline accompanied by the appearance of the following symptoms:

For oral administration, leaded petrol, in addition to the above symptoms of intoxicationsevere stomach pain, signs of kidney and liver. In severe level of intoxication often observed convulsions.

When poisoning pairs of gasoline necessary to bring the victim to clean air. When the inner receiving means is to induce vomiting to clear the stomach of toxins. After that, give the man a saline laxative. If necessary, carry out cardiopulmonary resuscitation.

To prevent poisoning ATG, you need to follow some rules for handling them: 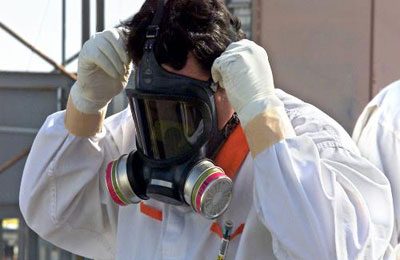 The fluid used in the home, you need to keep in places protected from children and use with caution.