Hard to believe, but a few decades ago, many skin diseases were treated with ointments with a high content of mercury. In dentistry in the manufacture of seals used toxic metal, and in medical devices is still possible to see the silver balls. Mercurialism, or chronic mercury poisoning occurs silently and does not manifest itself for several months and even years. For a long time, the toxins destroy the liver and kidneys of man. It is very important to start medical therapy as early as possible.

The toxic effect of mercury and its compounds

Mercury is surely among the top ten chemical elements which negatively affect human health and the environment. Many industries use toxic metal on various stages of technological processes. Despite the invention of new production lines and improvement of treatment facilities that annually emit large amount of mercury vapor.

Most people mercury is known as a silvery scale on the thermometer body. By the way, in the form of metal mercury will not bring tangible harm to human health. When it is dangerous:

Do not panic if I broke a medical thermometer. In the form of movable silver drops of mercury is too dangerous. You need to properly collect and dispose of. Health problems can occur when vapors of these metal balls.

Chronic poisoning caused due to the ability of mercury gradually be absorbed by the cells and tissues over time. In medicine and pharmacology this effect is known as cumulative, cumulative action of the compound or element.

Where it is possible to poison with mercury 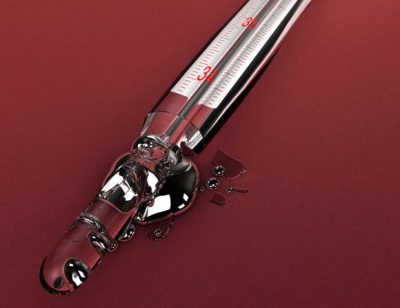 It is impossible to get chronic poisoning, accidentally breaking the thermometer. But the literature describes cases diagnosis of this intoxication. This usually occurs in families, neglecting the rules and precautions: small children break thermometers, and parents about this irresponsible acquiescence. Accumulating under baseboards or in cracks of the floor, the mercury began to evaporate, poisoning the air.

Chronic mercury poisoning affects residents of small villages located near chemical plants. Sewage flows into the bays, where the population is engaged in fishing. Representatives of the water world absorb mercury like a sponge. Poisoned fish used for cooking and accumulates in the human body.

Chronic intoxication with mercury can occur:

A small amount of mercury is used for manufacturing of the preservatives that are in vaccines. The results of numerous studies confirm the safety of these drugs – molecules of metal not found in the human body after vaccination.

The clinical picture of chronic intoxication

Some people have dangerous symptoms of poisoning may occur after a few months, while others do not notice signs of serious illness for many years. It depends on the state of health of the victim and his lifestyle. Most susceptible to cumulative effects of mercury children, women and the elderly.

At the initial stage of intoxication is difficult to diagnose. People do not go to the doctor, attributing worsening health to the cold, depression or fatigue. 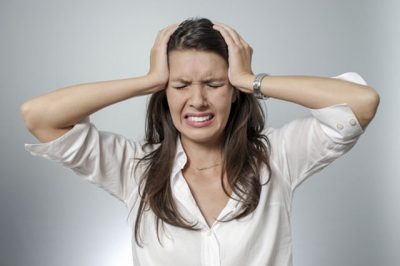 The initial stage of chronic poisoning is not a pronounced clinical picture:

One of the symptoms of chronic poisoning is a disorder of the menstrual cycle in women, decreases or increases the amount allocated to the blood. If a woman gets pregnant, the molecules of mercury cross the placenta and negatively affect the process of formation of the fetus.

After a few months of chronic mercury poisoning the symptoms are more pronounced: 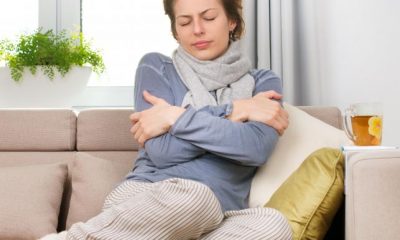 After several years of mercury intoxication narrows the lumen of the veins and arteries there is atherosclerosis. The liver and pancreas suffer the most severely: under the influence of dangerous metal they cease to be active.

After the diagnosis with special tests for the detection of mercury compounds, the victim will be hospitalized immediately. Primarily the treatment is aimed at eliminating the symptoms using:

In the untimely appeal to the hospital, mercury is impossible to completely withdraw from the body, as it is firmly contacted with the proteins of the tissues. To reduce its contents are used with a glucose drip, and detoxification means.

Prevention of poisoning is safety in industrial enterprises. The house is better to abandon the use of mercury lamps or thermometers, replacing them with more modern appliances. If you suspect intoxication should be purchased at the pharmacy a test that detects the presence of toxic metal in the body.