Poisoning ammonia has serious consequences for the organism affected. Ammonia is in every house. Some of its uses in the home for washing Windows, as a stain remover for carpets and fabrics, and someone- as a means of first aid. Ammonia should be kept away from children and used at home with caution. There are cases when little kids open bad closed the bottle of ammonia and breathe in ammonia fumes or spill it on the floor, on the furniture. In this case, what to do and how to prevent the poisoning of ammonia, every parent should know.

Ammonia has found its application as a means of quickly leading man in mind for fainting or other causes of loss of consciousness. However, many say that the smell of ammonia faster to faint, rather than Wake up from it. This judgment can also be considered true, as inhalation of pure ammonia a person can stop breathing.

Ammonia emit noxious fumes that not only irritate the mucous membranes and skin, but can cause burns. In medicine there are various cases of intoxication with ammonia. The most susceptible to ammonia poisoning those who work with him on an industrial scale. In the production there are 2 ways of ammonia poisoning:

Therefore, those companies whose activity is connected with ammonia, workers undergo mandatory training on working with toxic substances.

Household ammonia poisoning occur very rarely. Even if you spill a jar of ammonia solution, such amount of toxic fumes will not be enough for intoxication. Besides, if you quickly open the Windows and wipe razlivku liquid, even a slight vapor poisoning can be avoided. The brief contact of ammonia with the skin is also not dangerous. If the skin has scratches or wounds, contact with ammonia it is best to wear gloves.

But sometimes a person commits reckless, intentional act - the adoption of ammonia inside. In this case, the consequences can be very severe.

The symptoms in cases of poisoning by ammonia 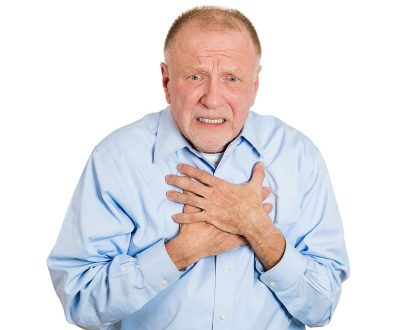 There will be no harm to the body if you inhale the vapors of ammonia for a short time - literally a few seconds. Then with each breath ammonia concentration in the lungs increases, there comes a respiratory irritation. One of the first signs of poisoning pairs of ammonia is choking, accompanied by a continuous cough. Ammonia fumes irritate the nervous system, so when intoxication pairs of people may be too excited. Ammonia pair, entering the lungs, leading to local swelling and allergic type. This is a very serious situation as it can cause bronchospasm (constriction of bronchi of small caliber) and ischemia of the lungs (highly constricts blood vessels).

It is important to note that this is possible only with long-term inhalation of ammonia (over 3-5 seconds). It appears that the longer the ammonia couples fall into the respiratory system, the more serious becomes the prognosis. After 40 seconds of inhaling the first symptoms appear defeat the Central nervous system.

In contact with ammonia on the skin and prolonged contact with it, to the point of contact forms a swelling. The person at this time feels a strong itching and burning.

It happens that when you open the jars with ammonia spray solution enters the eye. In this case, a burn of the cornea. The man in this case feels a lot of pain and discomfort, which is accompanied by watery eyes. 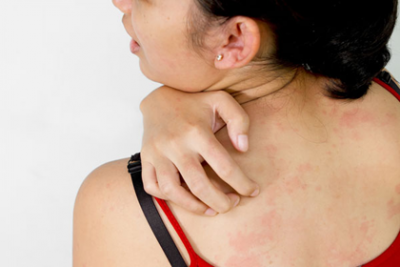 In this case, the severity of poisoning will depend on the concentration and quantity of liquor ammonia solution. Poisoning occurs when the condition that human idiosyncrasy, or the concentration of ammonia in the solution is exceeded. Low than the intoxicated can manage the vomiting with the smell of ammonia, sharp stomach pain, severe diarrhea, thirst, edema of the larynx, inflammation of the nasopharynx and respiratory tract. The maximum that can happen - the inevitable defeat of the liver, kidneys and lungs.

If ammonia was not consumed in a diluted form, in this case, the above symptoms are added burns of the pharynx, esophagus, larynx, and lips. The swelling may be such that cover the larynx and trachea. People at that time kind of pain, sometimes comes to a painful shock. About 5% of cases are fatal. The minimum dose at which a person will die is 50 ml.

What to do if poisoning ammonia

The outcome of each situation depends on how quickly and correctly first aid. In mild cases you can do without calling the ambulance. But provided that the patient's condition is not critical and is not heavy. In any case, after even a slight poisoning you must seek medical attention.

During intoxication vapors of ammonia firstneed to provide victim access to fresh air is to open the vents or Windows, or at least bring people to the street.

If ammonia gets on your skin or eyes, wash the burn with large amounts of cold water. If in contact with ammonia solution in the eyes of the victim deteriorated eyesight, you should immediately contact an ophthalmologist. 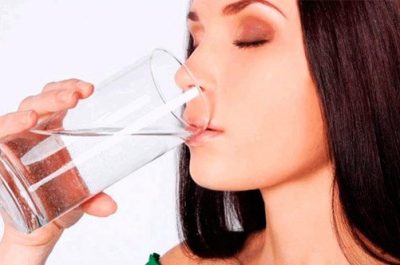 Ingestion of ammonia in the first place, you need to call an ambulance. We should ask the victim about the symptoms: if the stomach or behind the breastbone, the sensation of intense unbearable pain, then this is evidence of perforation. In this case, it is absolutely impossible to drink. If there is no perforation, it is necessary to the arrival of the ambulance to wash out the stomach with warm water or a solution of citric acid. Further to the arrival of an ambulance to every 5 minutes, drink 1 tbsp lemon juice or citric acid is not a high concentration. In any case do not let the patient rinse the mouth with soda solution.

If the poisoning happened in manufacturing, it is necessary to follow the following rules:

Treatment after exposure to ammonia

Treatment of consequences of poisoning with ammonia is to remove toxins and normalize the function of internal organs affected by ammonia. For the treatment used painkillers, remedies for treating burns, removing edema. In contact with ammonia in the body is assigned to a strict diet to normalize the functions of organs that are most exposed to the toxic effects of ammonia in kidney, liver and stomach. Prescribe a treatment that removes toxic substances from the intestine. As a rule, the poisoning in this case is accompanied by severe diarrhea, perhaps with blood. If the poisoning has affected the esophagus, there is a high probability of formation of cicatricial stenosis. Effects of severe poisoning with ammonia, for example, production can be tremor, loss of the senses of touch, hearing, vision and memory loss.