As with all toxic to the human body substances, in small doses, alcohol is a drug. Only a useful amount of ethanol is determined not by the man himself, and his doctor. There are many myths about the harmlessness of a glass of red wine with dinner or vodka with pepper for colds. To the question – does alcohol harmful to humans, have long said experts. Ethyl alcohol is the strongest poison that destroys brain cells and liver. How fast will be the intoxication depends on the state of human health and the amount of consumed alcohol.

Why alcohol is harmful

At the event, where alcoholic beverages are present in a large range, not a drinker man always chooses the lesser of two evils. However, it is not clear what he is guided by pure ethanol contained in each of them. So what is the criteria to assess harm to human body ethyl alcohol?

Regular use of alcohol even in small amounts disrupts the functional activity of the liver, intestines, stomach. It also contributes to the disorder of the Central nervous system, produces neurological changes. If alcoholic drinks are increased, the growing threat of chronic intoxication. In this condition person gradually degraded, losing professional and domestic skills, getting more and more stupid and isolated.

No matter whether a person drank two glasses of wine or a shot of vodka, the content of pure ethyl alcohol is the same in both. Equivalent and the damage to the liver and brain.

Trying to minimize the effects of alcohol, the person focuses on its composition. It takes into account all components, calculates calories and nutrients. Provides not only the concentration of 96% ethanol. Health conscious people always prefer dry red wine or dark thick beer, because there are many natural ingredients. It is a dangerous misconception, as the use of organic compounds does not offset the harm of ethanol. To lift immunity it is possible in another way – to accept vitamin complexes with trace elements.

Giving preference to a particular type of alcohol, the man somehow decides that one of them is more useful than the other, and this is nonsense. Vodka infused with medicinal roots and herbs, not become more useful than pure 40% vodka. But the tricks producers and consumers ' desire to be deceived do the trick: hop cones, birch buds and flower honey attract buyers.

Especially harmful to the body alcohol, which added colors, flavors, stabilizers. In addition to poisoning with ethyl alcohol, a person may develop an allergic reaction, will fail in the work of the pancreas and intestines.

Some manufacturers go to the trick and increase the percentage of ethanol artificially. Wine, champagne, dark and light beer are made from natural raw materials according to certain standards. To enjoy great savings, the developers of the technological process is added to drink pure ethyl alcohol. Such a dangerous mix causes great harm to the cells of the liver and brain.

The toxic effect of alcohol

Some people sincerely believe that alcohol in small doses will not bring tangible harm to humans and easily processed by the liver in a short time. The who has determined the average amount of ethyl alcohol, which will cause minor damage to the body. For men, the figure is 40 g of ethanol per day and for women is 30 grams. These values should be considered when the use of alcohol, or even a slight excess of the norm will not remain without consequences for health.

Regular intake of alcoholic beverages in doses not exceeding the limit still leads to addiction. Drug experts estimate the time of formation of addiction – 6 months after receiving the first portion of alcohol.

The harm from the use of small doses of alcohol increases with the presence of such pathologies:

If the person has at least one violation of the work of all systems of life, then there is the full metabolism of alcohol. Cardiovascular disease, chronic renal or liver failure, mental disorders are the main contraindications for administration of ethanol in any quantity.

When people believe the correct calculated dose for yourself, which will not harm his body, we should reduce the number of receptions. In addition to the formation of alcohol dependence, regular consumption of ethanol provokes the accumulation in the tissues of the toxic compound acetaldehyde. Even a little drinking of people at risk of chronic intoxication.

Once in the gastrointestinal tract, alcohol is rapidly absorbed by her mucous membrane and enters the bloodstream, and then to the liver. Biological filter neutralizes all harmful substances, including ethylalcohol. Liver enzymes react with ethanol in the reaction, the product of which is acetaldehyde can cause damage to all internal organs. Hepatocytes prevent intoxication, converting the compound into acetic acid.

Apart from the daily metabolism of alcohol, the liver has a lot of work on the breakdown of substances produced in the body. Therefore, this load sooner or later lead to a decrease in the activity of the biological filter harmful compounds will remain in the cells and tissues. To minimize harm from the use of ethanol, it is necessary to drink vodka, beer or wine.

The negative impact of alcohol on the human body

Ethanol in any amount can have negative effects on the reproductive system. Before planning pregnancy, doctors recommend expectant parents to completely abandon alcohol for 2-3 months. The alcohol is able to change the hormonal background of a person:

Scientists have proven the dangers of ethanol to the development of good eggs and sperm. Regular use of alcohol even in small doses can lead to birth of children with mental and physical disabilities.

Its toxic effect ethanol starts to show already at the stage of intake into the body. The mucous membrane of the stomach becomes inflamed and swells, and at high concentrations of alcohol may be ulceration. Even a single dose of ethyl alcohol is often the cause of erosive gastritis, diseases that require long complex treatment.

Once in the bloodstream, ethanol continues to cause harm, this time the red blood cells. The red corpuscles have a unipolar charge, which allows them to move freely in the flow of the biological liquid. Alcohol damages the membrane of erythrocytes, which leads to their adhesion with each other. Large conglomerates are formed, subsequently evolving into a clot – a blood clot. It is difficult to move in the bloodstream, and then completely clog the capillaries, preventing the free movement of erythrocytes.

The main function of red blood cells – transport of molecular oxygen to tissues. Damage of red blood cells leads to oxygen starvation of the brain, and then the death of its cells. People under the influence of alcohol happy and carefree, quickly and soundly asleep, he develops habitual intoxication. Sleep is a protective reaction of the body against the harm caused to ethanol. The brain of an acute lack of oxygen, so he just "shuts down". 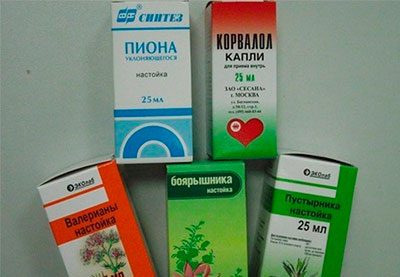 The question is whether the vodka is harmful for the human body, most people would give an affirmative answer. Others will talk about the benefits of alcohol in small doses. Experts agree with this opinion, but only in the case of the use of medicinal tinctures – Valerian, motherwort, peony, Siberian ginseng, ginseng. These drugs are useful in small quantity, which is measured in tens of drops.

Alcohol tinctures have many contraindications for use. After their use it is impossible to drive, because they contained alcohol, even in low doses reduces the rate of reaction.

Almost all ceremonial activities can not do without spirits, champagne, beer. Man is difficult to resist a glass of red wine or a glass of cognac. To minimise the harm from alcohol, you need to follow some simple rules:

A particularly dangerous feature of ethanol is its ability to be addictive, which suggests its narcotic nature. A great staff and an exemplary family men have one hidden defect – after work each day, relax with a bottle of beer or shot of vodka. Despite their apparent dissimilarity with homelessly individuals who use isopropyl alcohol ("antifreeze"), they share the disadvantage of chronic alcoholism, is successfully concealed. How to understand what begins to form a dependency: 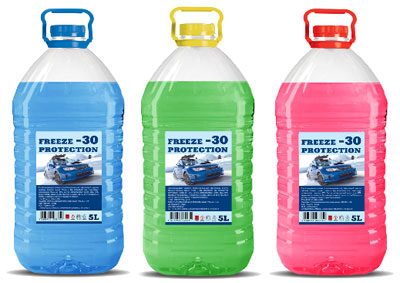 A chronic alcoholic will never admit that he has problems. This is the result of disorders of the brain, leading to loss of self-control and self-criticism. In such a situation it is important to supportrelatives and loved ones. If to reach a man will not work, experts are powerless.