Taking any pharmacological drugs together with alcohol leads to severe consequences for the organism. This rule is especially true for sedative drugs, which include sage. Studies have shown that "harmless" drops the kits of our grandmothers cause severe addiction similar to drug addiction. The pills and alcohol have toxic to human action each on its own and when used together there is a violation of all vital systems. The main burden falls on the liver, heart and brain.

Corvalol is a pharmacological drug used in treatment of diseases of the cardiovascular system and reduce nervous excitability. The drug is produced by the manufacturer in the form of drops in dark glass bottles and tablets of 20 and 50 pieces per package. A few years ago controlling trafficking of narcotic substances authorities, attempts were made to withdraw the pills from the free sale. The public reaction was very revealing – people were buying dozens of packages of the drug.

Contained in the pills, phenobarbital belongs to psychotropic substances that cause addiction after a month of use. When trying to stop taking the pharmaceutical drug a person develops a severe withdrawal syndrome.

Corvalol is in every medicine Cabinet, it is considered a cure for all problems. Elderly people take it in diseases of the heart, which he cannot heal because of its narrow therapeutic range. If or grandparents in the apartment always smells pills, then, on the face of drug addiction.

In the composition of the drug includes the following components:

All these ingredients have the ability to provide a sedative effect on certain areas of the brain. The person has drowsiness, confusion and emotional lability. The intake of pills with alcoholic beverages increases the reaction of the body several times, provokes serious consequences. There is a risk of falling, receiving life-threatening human traumatic brain injury.

Corvalol is compatible with alcoholic beverages

Taking medications with alcohol can cause the opposite of the intended effect. And drinking vodka with pills provoke the emergence of an extremely dangerous condition: start to develop irreversible damage to all vital systems. But the victim could not call for help, because in deep sleep.

After the formation of addiction to the pills, man begins gradually to increase the dose to 1-2 bottles a day. The producers took care of the customers and began to produce the drug in vials larger volume.

The joint use of pills with alcohol is increased side effects of toxic compounds. Despite the free sale of the drug, it should only be used after careful diagnosis and in the doctor recommended dosages. A large number of people take drops and pills not on purpose, and force of habit. Typically for them is the revelation that the sage does not treat pain in the heart, has a hypnotic effect.

Folk healers and popular among the adherents of self-medication pamphlets advise people suffering from insomnia or nervousness, prepare a mixture on the basis of sage. In a drop you need to add the alcohol tincture of medicinal herbs, then shake well and take before bedtime. Effects of this therapy long then eliminate the drug people simply can not fall asleep after abrogation "medicinal" potions. 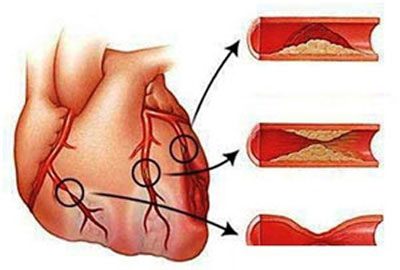 Sage with alcohol are antagonists against each other. Drug doctors prescribe for the following pathologies:

After taking the pills, the person experiences lethargy, emotional lability, slightly dizzy. For the treatment of the above diseases synthesized more effective drugs to eliminate not only the symptoms and cause of disease. But older people are more likely to use the pills, not realizing their addiction.

The lack of compatibility of the alcohol and of the drug leads to the acceleration of metabolic processes in liver cells. The essential oils provoke the release of large amounts of enzymes that quickly break down pills and alcohol. It enhances the toxic effect of alcohol, it quickly enters the bloodstream and causes severe poisoning of the body. In the morning, the person developing the symptoms of severe hangover even after drinking one bottle of beer.

Increased production of liver enzymes accelerates metabolism, but that affects the quality metabolism. In the blood increases the concentration of decay products, which include toxicsubstance acetaldehyde. Especially negatively it affects the brain, causing damage and death of a significant number of neurons.

After drinking alcohol in large quantity in the morning, a person perceives the signs of withdrawal symptoms: a painful headache, nausea, shaky hands. Is it possible to treat hangover pills that have a sedative effect on the Central nervous system? Doctors categorically do not advise so to experiment with my health. If you receive a pharmaceutical drug a few hours after the alcohol will enhance the toxic properties of ethyl alcohol.

Ethanol and sage have opposite actions on the heart and blood vessels. Alcohol increases blood pressure, speeds up heart rate, and sage provokes hypotension and slow heart rate. The superposition of these effects on each other increases the risk of pre-stroke status and education of ischemic lesions. 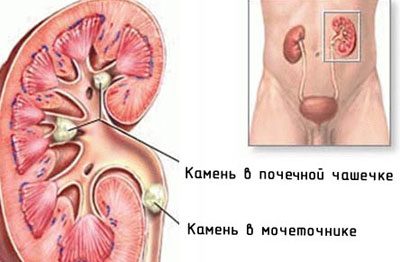 If you drink Corvalol after alcohol, it will damage the blood vessels. A sharp decrease and then an increase in blood pressure reduce the functional activity of the capillaries, would compromise their integrity. The increased inhibitory action of ethanol and medicines for all parts of the brain leads to a lack of self-control. In this state, a person allows himself to excessive drinking of alcoholic beverages. This is extremely dangerous in the presence of such diseases:

People with different pathologies receiving korvalola a few hours after drinking of alcoholic drinks is often a cause of rupture of the wall of the heart muscle and heart failure. In the event of such a situation to save a person from death can't even resuscitation.

The combination of alcohol and pills, has a negative impact on the liver and kidneys, the tissue being damaged, not having time to process and excrete toxic compounds. Peppermint essential oil has a strong vasodilating effect, and in combination with ethanol can cause the rupture of blood vessels in the brain. Happens extensive hemorrhage, necrosis, and stroke.

The simultaneous intake of alcohol and pharmacological drug decreases peristalsis, stimulates the development of chronic constipation and iron deficiency anemia. The person's mental state leaves much to be desired. In addition to drug addiction appear anxiety, unmotivated aggression and fear. And this is leading to the emergence of severe depression, intractable diseases.

The clinical picture of poisoning with pills and alcohol

The severity of symptoms of intoxication drug and alcohol is in direct proportion to the person's age, the presence of abnormalities in the history and the state of its immunity. The severity of the consequences of such poisoning is difficult to predict, the damage will be detected only after diagnosis. Overdose of toxic compounds leads to the victim the following: 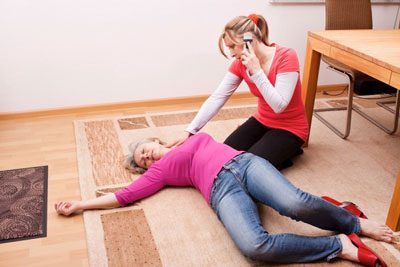 When used for each individual victim a lethal dose of a decrease in the frequency of myocardial contraction. When failure to provide urgent medical care after 2-3 hours the heart stops.

Symptoms of alcohol poisoning and drug disappear only after cleansing the body of toxic compounds. But with daily use of sage and ethanol liver and kidneys can not cope with the load – decay products remain in the cells and tissues.

Irreversible damage begins to occur in the Central nervous system. You also lose the ability to concentrate, decreased memory and attention, the person just becomes stupid. Even after detoxification therapy, the functional activity of the brain does not fully regenerate.