Surrogate alcohol has become a real national issue in connection with the frequent cases of poisoning with toxic compounds instead of alcoholic beverages. Late stages of alcoholism are characterized by degradation of the personality and the mindset that leads to ill-considered actions, including the drinking of cheap products unsuitable for food consumption and life-threatening. However, not only chronic alcoholism can cause poisoning – illegally manufactured low-quality products can be found on the shelves under the innocuous label.

The impact of surrogate alcohol on mortality

Cases of mass poisoning with antifreeze, liquid for bath "Hawthorn" reveal a layer of society that can be exposed to mortal danger because of the poor quality spirits. In "Hawthorn" instead of ethanol, as stated on the label, can be a deadly poison methanol.

For anybody not a secret that in trying to sober people go to the pharmacy for tinctures or Cologne to the nearest store. Such a choice has grave consequences. In turn, clandestine manufacturers use for alcoholic antiseptics surrogate made from industrial alcohol and destroy the liver. Alcoholics in an attempt to quench the thirst of alcoholic drink antifreeze for automotive glass, azotosoderzhashchie remedies nail Polish remover. All those "drinks" you can get to the hospital with the diagnosis "a toxic hepatitis". The choice of such a drink is not dictated by the preferences of taste and especially the price. But if pharmacy tincture are food products and not cause severe poisoning, the product on the basis of technical alcohol can be devastating.

The most common poison that substitute for ethanol and give the food the alcohol is methyl alcohol. Its properties are such that even when a minor enters the body, it can cause irreparable damage to the organism and lead to irreversible processes and death. 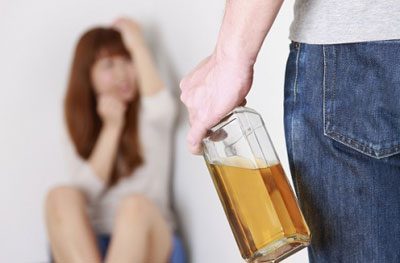 The clinical picture of poisoning may vary – it all depends on the kind of product that caused it. So, moonshine poisoning is accompanied by persistent irreversible changes, as this highly toxic alcoholic substitute contains a number of heavy and hazardous compounds.

The main danger of poor-quality alcohol is due to fusel oil, from which it is either not cleared as in the case of moonshine, or partially cleared. Clean and counterfeit vodka or moonshine at home from fusel oils is very difficult.

Surrogates of alcohol, in contrast to a good drink cause more severe clinic, and is characterized by symptoms of more mental disorders than physiological. So, if in a hangover from purified vodka can be tremor and tachycardia, then substitute vodka, among other things, there are mental disorders and addictive. Dependence on alcohol, signs of alcohol intolerance, a condition of stun, lack of critical attitude – are formed much earlier.

Poisoning surrogates provokes strong changes in the moral character towards anger, dysphoria, fear, fault-finding, deceit, indiscretion, weakness of will, irresponsibility, indifference to the family and friends, and other signs of degradation. From memory and attention, and physical and mental health there has been a significant decline in all functions. The body of the alcoholic eventually becomes accustomed to the action of toxic substances, which complicates treatment, as it is difficult to pick up the antidote, which would not have developed tolerance. With regular consumption a tolerance to toxins does not lead to acute poisoning, but physical and mental degradation.

But in persons that are not surrogate alcoholics, the effect of the toxins can be fatal at the first sign of this intoxication need immediate hospitalization. 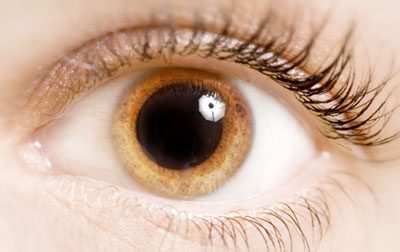 Methanol and ethylene glycol as the most common and dangerous types of surrogate alcohol lightning effect on the organism and lead to irreversible processes. In the case of high content of the poison in the body is rapid death. If the toxicity of these toxins has not exceeded the high concentrations, in addition to describes the following symptoms:

When ethylene glycol poisoning symptoms accrue immediately and may occur during the day.The characteristic symptoms in this case are expressed in the blue discoloration of the skin and mucous membranes, diarrhoea, unquenchable thirst, nausea with vomiting, respiratory failure, tachycardia, fainting and convulsions. After a few days, the stop working of the kidneys and liver. 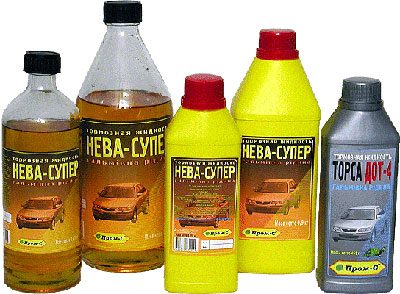 Lethal dose of methanol is about 500 grams of concentrate. And a lethal dose can be much less, it all depends on the individual. The degree of poisoning also can affect the speed of receiving the beverage, the amount of snacks.

If you suspect a poisoning with poor-quality alcohol, you should immediately call a team of emergency room. You need to describe in detail the amount of alcohol consumed, to show the bottle and the fluid sample to establish the type of toxin. Most often this type of poisoning requires immediate resuscitation procedures in the relevant Department of the hospital.

Before the arrival of the ambulance should hold a series of events: 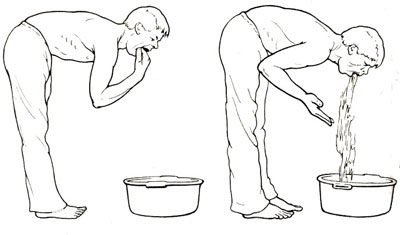 If the patient is unconscious, place him on his side and to free the throat from the tongue, which can stock up, make sure no vomit in the throat. Unconscious vomiting not to cause. If victim is conscious, you should drink many liquids – strong tea, coffee, which excrete ethanol; salted water for recovery of water-salt balance and rapid leaching of toxins. Vomiting you should call up until the outgoing fluid is clear. Then wrap the patient, as alcohol intoxication is the rapid loss of heat. Take chelators activated carbon or others.

When unconscious, to avoid sudden death during the involuntary vomiting, patients should be laid on its side. If language primer, it is necessary to hold in order the patient could breathe. If there is a cardiac arrest, you must provide artificial ventilation mouth-to-mouth and chest compressions.

The antidote for poisoning with methanol is ethanol, that is vodka. If it is well established that the cause of poisoning – methanol, you need to give the man to drink vodka. At the same time, to avoid loss of consciousness and other signs of excessive intoxication, don't need to go to bed, but on the contrary, it should be out in the fresh air, actively to move, to get involved in conversation, song or other activity.

First aid should be provided as soon as possible to ensure timely therapy, the introduction of probes and other manipulation, which take place in a hospital.

How to identify poisonous alcohol 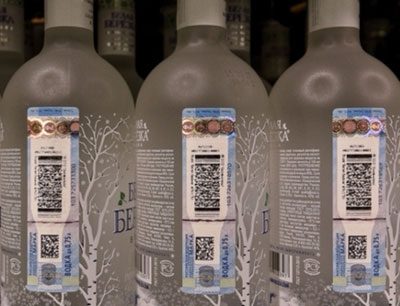 The consequences of inattentive choice of alcohol can be very sad, so this issue should be treated carefully. Poor-quality alcohol has a number of characteristics, the first of which is price. How to distinguish the surrogate, when making a purchase?

Poisoning with counterfeit vodka most often occurs in the case that it was bought in questionable areas – with hands in tents for one-day and other untrusted kiosks with a dubious reputation. It is best to buy alcohol in specialized shops of alcoholic beverages or the network of large stores.

To determine the toxic alcohol in a sludge – real high-quality vodka does not have it, it is absolutely transparent, has no extraneous elements and does not form bubbles when shaken. Cork the bottle tightly screwed, the liquid is not leaking from it.

To recognize high-quality alcohol, to distinguish it from tampering by using excise stamps,certificate, information about the manufacturer, time of bottling and other clarifying information. All letters and numbers, especially on signs should be clear and well printed. Date of bottling should be not only on the label but on the bottle. You should make sure that the two dates coincide.