Psychotropic drugs and substances – one of the main causes of household poisonings. Anti-anxiety and sleeping drugs are widely used in neurological practiceand in the environment of drug addicts citizens are very popular spice and amphetamine. Poisoning with psychotropic substances causes serious consequences for the organism, and in the absence of medical care and death of a person.

The characteristic features of chemical compounds

From poisoning by psychotropic drugs annually kill tens of thousands of addicts. But a much larger number of people are trapped stand of addiction, have lost their traditional way of life, and sometimes family. One-time use of synthetic poisons leads to the formation of physical and mental addiction. After a few months of regularly receiving toxic compounds before a successful and healthy man is totally degraded, but to realize that he can not. Serious health problems make it a burden for relatives and family members.

Experts say that significant differences between psychoactive substances and drugs not. Common between them is much more: the quick formation of dependence and negative impact on mental and physical health. Psychotropics is even more dangerous, since treatment leads to a change of mentality.

In clubs and youth parties are very popular different types of salts and Smoking blends. Manufacturers bother with the quality of psychotropic substances, they do not need to monitor their safety. Artisanal method of synthesizing poisons involves the dilution of mixtures of compounds, the effects on the human body which are still not understood. For distributors, dealers, manufacturers important to people as quickly as possible addicted to drugs.

Rapid degradation of the addict contribute to cognitive impairment arising on the background of the gradual poisoning of the organism. These people, rapidly declining memory and mental performance compared to baseline. They lose professional skills, but to find a new activity they are already not able to do. The only purpose of life is the search for money to buy another dose I need to take.

Smoking spice provokes the formation of a so strong dependence that the experts liken it to a heroin addiction. Starting to use a psychotropic substance, people can not stop. The initial dose does not cause the former euphoric state – the daily amount of the drug gradually increases. An increase in the ratio of: the time interval between Smoking decreases. A few hours after drinking the addict symptoms of poisoning: the change of lightness and soaring comes painful vomiting and anxiety disorder.

Spice provoke not only mental changes under their influence affects the liver, kidneys, gastrointestinal tract and cardiovascular system. They are affected by toxins and seriously damaged. Narrowing of the vessels leads to poor circulation.

Deadly be such psychotropic substances and preparations: 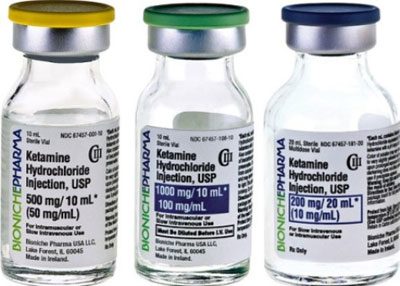 Ritalin, or methylphenidate have been used in the treatment of hyperactivity in children and lung of adult mental disorders. Interesting fact – the drug was used as a cure for addiction. Now the ritalin is withdrawn from free sale because of side effects, even with a minor overdose or poisoning:

A single dose of ritalin leads to the formation of psychological dependence. But the most dangerous appearing suddenly thoughts of suicide. There were several cases of suicide after taking methylphenidate.

When you use psychoactive substances in humans, there are different sensations, but for the addict, the main thing – long euphoria. Amphetamine and herbal Smoking blends have not only soothing, but also stimulating effect, which often encourages people to do exceptional things. Purchasing a psychoactive substance is made in the handicraft way, the addict plays a kind of Russian roulette. What is included in the composition of salt or colored capsules ecstasy knows the manufacturer, the least of which is concern for the health of the consumer.

Even when buying psychotropics have one mediator, the addict can not be sure of the concentration of the active substance in a single dose of synthetic poison. If the producer this time is not stingy, the person without significant experience of drug addiction with the habit just stops the heart.

Known cases of rectal psychotropic substances in the form of a suppository or candles. But most often toxic compounds penetrate into human body by inhalation, ingestion, intravenous and intramuscular use. Poisons are rapidly absorbed mucous membranes of the gastrointestinal tract or the respiratory tract and enter the bloodstream. After binding of erythrocytes toxic substances in the body, a deficiency of molecular oxygen. Broken processes of metabolism, in the blood starts accumulating toxins, uric and oxalic acid, indole, acetone and ammonia free. Happens acute or chronic poisoning with psychotropic drugs.

Especially reacts negatively to the lack of molecular oxygen to the brain. Damaged and dying neurons, there is no complete regulation of all vital systems. A drug addict having trouble breathing. The most dangerous challenge for the organism – a sharp jump in blood pressure. They are so strong that they begin to burst blood vessels.

To know whether a person takes drugs or psychotropic substances, the development of a common in chronic poisoning symptoms. Its severity depends on the duration of use, type of drugs taken, age and initial health status. An important factor is the multiplicity of reception of synthetic poisons.

In adolescents the signs are always clearly visible. This is due to not yet fully formed immune system and high vascular permeability. Such "features" of the organism of children and teenagers allow toxic compounds to rapidly permeate into the bloodstream. This is based on the rapid formation of drug dependence.

How to recognize informed if a relative or family member psychotropic substances: 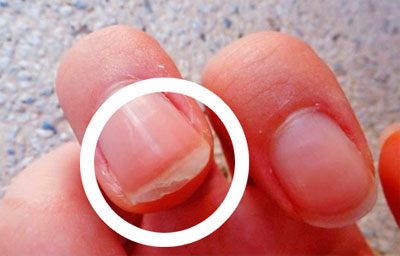 While narcotic withdrawal signs of substance use are manifested most clearly. The man opened a painful vomiting, raised blood pressure and quickens the pulse. The addict feels cold, it increases perspiration, and mucous membranes become dry. To determine acute toxicity the following symptoms:

Teenagers taking toxic compounds, afraid of the reaction of the parents. They are trying to mask signs of use under cold-related diseases in which the temperature rises, or under the banal food poisoning. Young people are often strapped for cash, so acquire psychotropic substances of extremely low quality. As a rule, they contain dangerous for health and life of poisons. Adolescents may occasionally experience a tremor of upper and lower extremities on the background of partial loss of muscular and tendon reflexes.

Psychotropic drugs can change consciousness, so at the first signs of poisoning should lay person and calm so he wouldn't hurt himself and others. You then quickly call the teamambulance. Some substances quickly spread throughout the body, causing irreversible damage. In such cases, to prevent the lethal outcome is possible only with the provision of quality health care. What needs to be done to relatives and friends before the arrival of the doctor:

The victim hospitalitynet for treatment in hospital is needed. With detoxification therapy his blood is cleansed of toxic compounds. If necessary, patients shows the treatment of damaged internal organs. In the future, the addict is given a direction to a specialized clinic where he will get rid of dependence formed.