Home / The types of poisonings: food, chemical, mushrooms etc. / Alcohol and drug poisoning: symptoms and signs / Poisoning and intoxication of the brain by alcohol

The inability to assess their own degradation and to get rid of bad habits is not only weak-willed alcoholics, but also a violation of their brain activity. Prolonged regular consumption of ethanol leads to the destruction of the cells, substitution of the vacant space of the biological fluid. Poisoning of the brain by alcohol impairs your mental perception, information processing, objective assessment of reality. After a few months of chronic intoxication in humans diagnosed with irreversible neuronal damage.

Ethyl alcohol can easily penetrate through all biological barriers, including through the blood-brain. This protective mechanism prevents the poisoning of the brain to toxic compounds coming from the environment or formed directly in the body. Alcohol is distributed inside of the human body as follows:

In a small amount of ethanol accumulates in all internal organs, gradually destroying them, reducing the functional activity. Prolonged regular intake of alcohol promotes the formation of considerable amount of ethanol in the brain cells. For this reason, the chronic alcoholic enough to drink beer to feel the usual euphoria. Alcohol enters the bloodstream, absorbed into the brain cells and releases the pending inventory.

Alcohol abuse reduces the criticality, operability, reduces or eliminates moral and ethical criteria. A person disappear notions of propriety, modesty, standards of conduct in society. To explain or to prove the alcoholic something is meaningless because it has no logic for people around him thinking.

Even a small concentration of ethyl alcohol disrupts the normal functioning of the nervous system. Run activators inhibitory GABA, special systems is responsible for the release of dopamine (a CNS neurotransmitter). Develops a sedative effect, which is accompanied by loss of muscle reflex and the appearance of intoxication. Frequent consumption of alcohol causes adaptation of GABA and, consequently, a heavy dependence to toxic compound.

Acceptance of ethanol enhances serotonergic transmission, which reduces the degree of euphoria. This is the reason why frequent consumption of alcohol in larger doses. Ethanol intoxication leads to a decrease in volume of the brain.

Pathologists describe the brain of a deceased alcoholic as the plot of land which was subjected to a long bombardment. Its surface is covered with grooves and swollen blood vessels gray color with dark inclusions. All the wrinkles smoothed diagnosed extensive swelling of all departments.

Ethyl alcohol abuse provokes damage to the integrity of the capillaries of the brain. Characteristic feature of damage to the cortex is the formation of multiple cysts of about 1.5 mm in diameter. Morbid growths are located at the site of hemorrhage and necrosis of the deformed cells.

The effect of alcohol on the mental state of a person 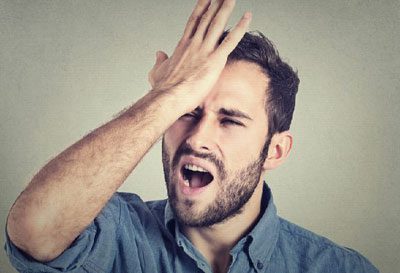 Ethyl alcohol is rapidly absorbed inside the bloodstream and after a minute it turns out in the brain, triggering devastating to the Central nervous system mechanism. The ability of alcohol to dissolve many compounds provokes the destruction of lipid cells – basics of brain tissue. Human red blood cells have a unipolar charge, which allows them to move through the vessels are not touching each other. Ethyl alcohol damages the outer wall of red blood cells and they begin to stick together. So many forms of blood clots, which continue to become stronger with the formation of large conglomerates. They clog large and small vessels, cause dehydration of the tissues and swelling.

Intoxication alcoholic beverages disrupts the vestibular system. Responsible for the smooth coordination of the occipital is feeling the effects of the poison and are not able to perform its functions. Therefore, for drunk people characteristic unsteadiness of gait and swaying from side to side. Increases the risk of falling, getting bruises or severe injuries.

Intoxication of the brain by alcohol is harmful not only to the physical condition. For the psyche of regular poisoning also not in vain:

Blood clots clog the capillaries and arteries that are in the brain. Molecular oxygen supply to the cells, resulting in the death of a huge number of neurons. Also, alcohol provokes arterial hypertension (high blood pressure). Under the joint action of these negative factors are broken clogged capillaries. Bleeding in the brain – the main cause of stroke.

Changes in the brain after drinking alcohol 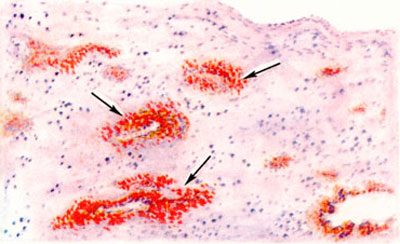 If a person is taking alcohol drink rarely and in moderation, dangerous effects for the organism arise. Chronic exposure to ethanol provokes persistent addictive when developed, hangover ends up taking another dose of vodka or wine. There is a constant death of neurons, brain tissue is not enough time for even partial recovery.

Acute poisoning with a large quantity of ethanol often ends with the death of a person. Examination of the brain after the autopsy of the man revealed that neuronal damage occurred at the nuclear and protoplasmic levels. This condition is typical when the intoxication of the strong poisons of vegetable or animal origin.

Serious complications of alcohol poisoning based on violation of the functional activity of the vascular system. Pathological change all the parts of the brain:

People under the influence of alcohol does not feel pain from a ruptured vessel, it kompensiruet and neutralized ethyl alcohol. Mostly damaged cerebral cortex, the highest nervous activity.

For the human brain, alcohol is a very toxic compound that can cause fatal poisoning. Ethanol destroys red blood cells, which deliver to the tissues of biologically active substances. An acute shortage of vitamins and minerals is provoking numerous complications and pathology: 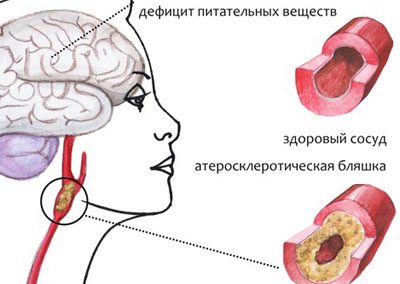 Neurons are able to recover from poisoning by ethanol only in young people. After 30 years the brain cells permanently lose their functional activity.

At the alcohol of the person irrevocably lost mental capacity. To restore the memory, regain the ability of logical thinking and make sound decisions is not possible. An alcoholic may not recognize family and friends, losing the skills that have purchased them throughout life.

The main symptoms of alcoholic intoxication of the brain

For others it is extremely dangerous loss of control over his actions by the person while intoxicated. Poisoning by a large dose of alcohol leads to a disorder of the Central nervous system, which causes insomnia and a change in the alternating phases of sleep. Dependent ethyl alcohol citizens are often in a bad mood, they are unhappy and annoyed.

Alcoholics may experience auditory and visual hallucinations. Outsiders think that the man talking to himself, threatening someone unseen. In this state, the people are extremely dangerous – can cause harm to others.

How else appear irreversible mental changes in alcoholics:src="/poisoning/images/946-4.jpg">

Even after a long abstinence of ethyl alcohol pathological changes in the brain persist. If alcohol abuse continues, the negative process included the spinal cord and medulla oblongata, virtually the entire Central nervous system. Man falls into a deep coma which ends in death.

Treatment of poisoning starts with the complete elimination of alcoholic beverages from a person's life. The victim is held detoxification therapy with forced diuresis, solutions of salts and glucose. Receiving neuroprotectant stops the destruction of brain cells, restores partially damaged neurons.