Tobacco is a highly addictive body, which is equal to drug addiction. Nicotine is involved in metabolism, causing you to get rid of dependence is very difficult. Every person that left, or at least tried to quit Smoking knows that this is not as easy as it seems at first glance. The body's response to Smoking cessation often leads to various symptoms, because he was already used to the effects of nicotine smoke, so a complete rejection of bad habits causing it stress.

What are the benefits of quitting Smoking

The benefits of quitting Smoking is huge. Many people try to quit this bad habit for economic purposes, for now, a pack of cigarettes is expensive. And if you give up Smoking, you can save a lot of money. However, there are other positive aspects:

However, the complete purification of the body from nicotine happens only after 7-10 years after the complete rejection of cigarettes. So, before you start Smoking, you need to think if it will work in the future to quit this bad habit.

In fact, the effects of quitting Smoking are not always positive. Of course, the benefits of quitting cigarettes is huge, but before it will appear in the body there will be some negative changes. Because nicotine is involved in the metabolism, after abandoning him will be a restructuring of metabolism. Therefore, in the first week of the health of the former smoker decreases significantly.

For a while, reduced immunity, since the body needs to cope with a stressful situation. Therefore, in humans, increased frequency of colds, there are sores in the oral cavity. In addition, changing the emotional background, especially in people who smoked more than 10 years. They become irritable, quick-tempered, they have depression.

In addition, many in the first months after Smoking cessation begins to rapidly gain weight. This is due to the fact that in order to dampen the discomfort, many eating their food. But when the body will get used without nicotine, the old weight will return. In this period many people can not stand, they always want to smoke a cigarette, so they revert to their negative habit.

The condition of the body by day

After throwing to smoke in the body there are some negative changes. Though usually the symptoms of quitting Smoking the long term is the same for all patients. Especially in the early days, there are changes in emotional state (appearance irritability, depression), insomnia, possible trembling hands and a nervous TIC. However, we must not think that absolutely all people the symptoms appear the same. 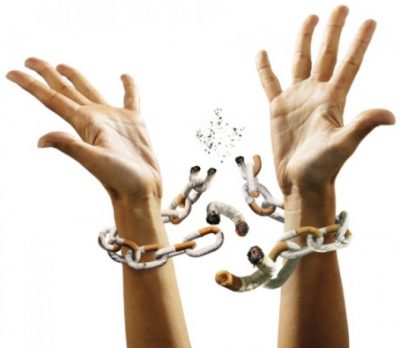 In some cases, even heavy smokers easier to refuse cigarettes compared to young, experience which only a few months. Because the body of each person is unique, someone faster and stronger gets used to the drugs, and someone can start and quit at any time, whenever you want.

Consider how the withdrawal from Smoking on the days of the week. The following symptoms are common and can vary in different people:

This day definitely need something to distract yourself. It is recommended to do some favorite thing. Physical activity is also a good distraction from thinking about tobacco. You can start repairs, moving furniture. Many eating the problem food with pronounced taste. 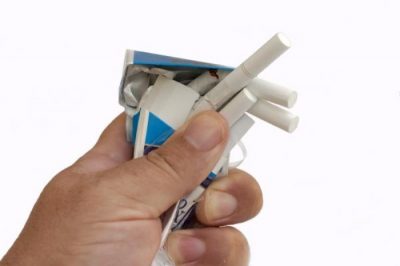 Changes when quitting in the body continues to years, and full recovery is possible only a few years later. In the first month of the simulator is updated with the mucous membrane of the bronchi, which suffered under the action of nicotine smoke. Improves condition of blood vessels. Significantly increases the immunity, which is associated with increased blood flow to the cells. Quickly updated leucocytes and platelets, but recovery of red blood cells is slower.

Renewed skin cells, the skin looks good, there is a natural blush, and the yellow tinge completely disappears. The patient feels better the food tastes and smells. Many ex-smokers cigarette smoke is disgusting. Appetite increases, which can increase the body weight. Because of gastrointestinal function during this period has not yet fully recovered, are frequent pain in the abdomen. Moreover, defecation is also unstable – diarrhea and constipation can alternate with each other. By the end of the first month cough with mucus is almost. Headaches and dizziness continue, as the brain is not used to this amount of oxygen.

The emotional state still impaired, so a person needs support from people around him. Tempting to Smoking is much less compared to the first week. Breakdowns possible by the end of 2nd and 4th weeks, when a person wants to smoke out of curiosity – to find out whether you like the taste of cigarettes now.

In the period of 2-6 months there is a complete renewal of the skin cells so the complexion becomes such as to start Smoking. Disappear dryness and itching on the skin. By the end of the 6th month, the lungs are cleared, their volume increases significantly. Restoration of the liver begins at the 5th month, but this process is very fast.

At this time the body reacts positively to quitting Smoking. Appetite normalized, reduced weight. Starting from the fifth month, you can do sports like swimming or Cycling. Mood rises, the person becomes happy and cheerful. Life is filled with color and fun. Craving for cigarettes is completely absent.

7-8 month the teeth become white, the yellow tinge disappears (provided the daily cleaning). Restored vocal cords, so the voice becomes normal, it ceases to be hoarse. The perception of tastes and smells worse. At 9-11 months the craving of the day is missing, however, many complain that they have cigarettes. To year without tobacco the body recovers so that decreases the likelihood of heart attack and stroke in 2 times.

But be aware that the less smoke, the better his body will recover. Because nicotine can cause changes at the genetic level, with the result that children may be born with various defects. Women who previously smoked, pregnancy and childbirth in the majority of cases present with complications.

It is prohibited to do when a person quits Smoking 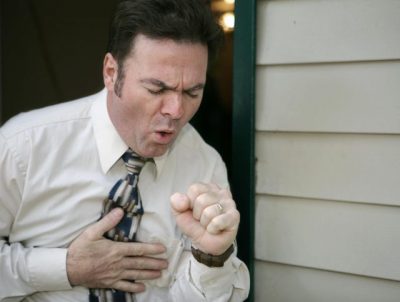 The period of Smoking cessation very difficult for many because at this time there are a number of limitations. So, at least for 3 months after quitting cigarettes is not recommended to take any medication. In the periodmenstruation a woman is not supposed to quit Smoking, as this can result in rapid weight gain.

Can not eat unhealthy foods. You must revise your diet to include fresh fruit and vegetables as well as other components that are rich in vitamins and minerals. In the first days it is advisable to eat only dairy and plant foods, allowing the body to better cope with a stressful situation.

How to help the body

To make it easier to quit Smoking, you must provide your body assistance. Tune in to something that is completely to give up Smoking will be difficult, it is necessary the same day, as the people will decide about it. It is important to set a clear goal, which you need to achieve a positive result. Such motivation may be family preservation or health, desire to conceive, exercise and other reasons. Due to this, it will be easier to stick to the rules related to Smoking.

In the first month it is important to give your body maximum vitamins. To get they can of food, and special medicines. At the pharmacy you can buy vitamin complexes, which contribute to the rapid recovery (for example, "Aevit" or "Multitabs").

Every morning you should drink a glass of warm milk on an empty stomach. But if Smoking my asthma, you can drink it only after the consultation with the allergist.

To accelerate the normalization of the skin tone, you can use natural face masks based on honey, egg yolk and milk. They are suitable for both women and men who care for their appearance.

It is also important to monitor their physical activity. Toxins faster eliminated from the body, which getting enough exercise. It is recommended to do morning exercises, to walk, more time to breathe fresh air.

Of course, quitting Smoking is a very difficult and long process. There is no easy way that would help to reduce the intensity of symptoms caused by a stressful condition of the body. But the result will not keep itself waiting, and after a few months people will feel relieved.