Marijuana is drug of plant origin, which is produced from hemp. Her smoke and uses oral, adding in foods, e.g. confectionery. Most often, the overdose of marijuana is observed when it is administered. This drugs a lot of other names, for example, hashish or marijuana.

Marijuana, or cannabis, is a vegetable drug, which has long been used for relief of pain and seizures, including epilepsy, and to stop vomiting. Especially hemp was popular in the Middle East and India.

Today also in some countries use of marijuana and drugs based on it for therapeutic purposes, for example, to eliminate the nausea from chemotherapy in cancer patients, to improve the condition of patients suffering from multiple sclerosis. But it is proven that not one drug of cannabis is not having a stronger analgesic and antiemetic actions in comparison with non-narcotic means.

In his part of the cannabis contains over 400 different active ingredients, including drugs, which are called cannabinoids. Them to plant more than 70 species and they are identified only in hemp. One of the substances which affects the Central nervous system in the use of marijuana is tetrahydrocannabinol (THC). But judging by the results of experiments on animals and observations of people, this is not the only psychoactive agent in the composition of marijuana, because the effects of cannabis can be stronger than using one of tetrahydrocannabinol.

Concentration psychoactive means may vary considerably depending on the varieties of cannabis and its cultivation. Some plant cannabinoids contains less than 0.5%, and in others the concentration reaches 20%.

In addition, it contains a natural antibiotic that could be useful in medicine, but if not the negative effects, developing the use of hemp extract.

Toxicokinetics and biotransformation of drugs 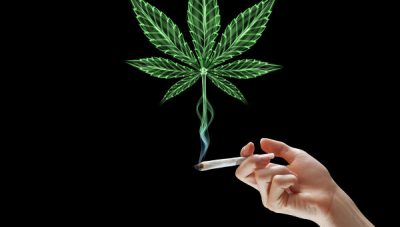 When Smoking marijuana the active substances are adsorbed within a few minutes. In oral administration of cannabinoids is poorly absorbed from the digestive tract and digest only 5 to 20% of the dose. Their level in the bloodstream is increased slowly and the highest concentration is observed only after 1.5-2 hours. And the effect of the use can last up to 6 hours depending on method of use and quantity of drugs in the marijuana.

Active substances have hydrophobic properties, and when ingested, they quickly migrate from the vascular bed and are deposited in organs, where a lot of fat: fatty tissue in the lungs, brain.

Then cumulated psychoactive substances slowly back into the systemic circulation and cause chronic poisoning.

Active funds stand out from the body in two stages: fast for 40 minutes and then slowly throughout the day. Therefore, the results of the urine test can only roughly determine the time of use of the products of hemp, and how it was intense.

Most of the drug suffers from the brain. Intoxication of marijuana is associated with impaired metabolism in the body, which causes a disruption in the formation of proteins, ribonucleic and deoxyribonucleic acids. In the use of marijuana suppresses certain functions of the body: impaired thinking, altered locomotor activity, there are changes in the psyche.

Drugs that activate the synthesis of serotonin, boosts mood, there is a sudden sense of joy and delight. 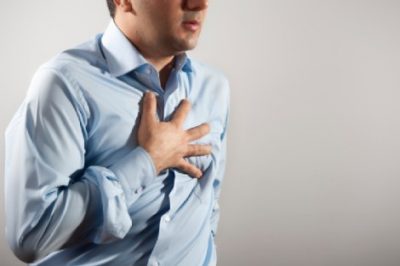 The mechanism of action of cannabinoids is associated with the blocking of the synthesis, release and breakdown of acetylcholine, which is necessary for neuromuscular transmission responsible for the operation of the parasympathetic nervous system and vital organs, for example, of the myocardium.

THC causes tachycardia, increased blood pressure, chest pain. In the presence of pathologies of the cardiovascular system even a single dose of marijuana can trigger a sharp increase in blood pressure.

If you have problems with the synthesis of acetylcholine disturbed function of other organs: lungs, gastrointestinal tract, salivary glands. Communication of the iris with the nervous system, which causes mydriasis or non-simultaneous extension of the left and right pupils. When used in large doses all effects are amplified several times.

The activity of marijuana depends on the concentration of THC. The threshold of harmful effects on the body is equal to 50 mg/kg of body weight. Symptoms of poisoning develop in the use of 150-200 mg, if you increase the dosage twice observed confusion and hallucinations.

The lethal dose of marijuana in 40 thousand times higher than the one that provokes the drugs. That is, theoretically, the lethal outcome is possible, but in practice to use as much cannabis unrealistic. However, the death of a Commissar may be as a result of suicide, which is possible due to psychiatric disorders, caused by taking drugs.

The clinical picture of overdose of marijuana

An overdose of marijuana canaccompanied by unpleasant and frightening symptoms. 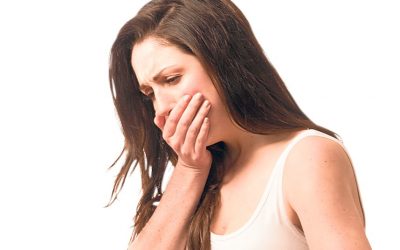 According to statistics, 10% of people who use marijuana for 6 months or more, become dependent on it. Addiction can be both mental and physical. On its appearance can influence the amount and method of consumption of marijuana. When you try to quit the drug observed the syndrome, namely:

Individuals who use hemp products, often there are headaches that can last for several days and even months.

Another characteristic feature of the use of drugs is hyperhidrosis during sleep, which can be observed throughout the month. Then the body tries to get rid of toxic substances. Very often observed hyperhidrosis of the palms. This causes a nasty smell from them.

Also the body tries to flush toxins out of the body through cough, which may occur with marijuana use permanently. Have drug addicts there is a violation of the psyche, due to the increase in its activity, and their dreams become brighter, they are often lucid dreams. They often suffer from depression, with difficulty falling asleep, or Wake up in the night, become very nervous.

30% of people who smoke marijuana, during the entire period of its use there are problems with the gastrointestinal tract, namely: 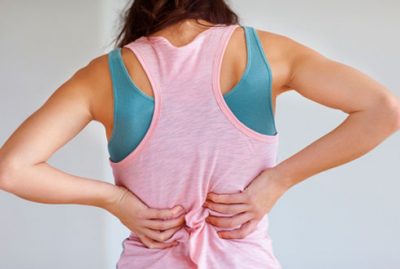 Also the drug can be observed:

Despite the fact that drugs based on cannabis eliminate the tremor, which is observed in pathologies such as multiple sclerosis and Parkinson's disease, but in the use of hashish, some smokers start to shake. As a rule, it lasts no more than a few seconds but sometimes it lasts up to 30 minutes.

While Smoking marijuana decreases the concentration of sugar in the blood, resulting in severe weakness, nausea, paleness of the skin, which becomes almost white. Perhaps even loss of consciousness, but this state does not last long. In this case, will help something sweet. It can be tea with sugar or perhaps candy, piece of cake or a brownie. 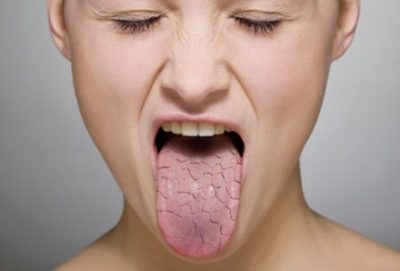 Overdose of marijuana is accompanied by severe dry mouth. Xerostomia often occurs when a conventional Smoking grass, but with the overdose she pronounced. This is due to the fact that cannabinoid receptors type I and II are localized in the submandibular glands, which synthesize a large part of the saliva in the body. Addicts find that they dry not only the mouth but the entire esophagus to the stomach. At this point you should not try to eat something, because you can choke and die.

Acute overdose of cannabis is often accompanied by delusional experiences and anxiety. Especially high probability of occurrence of these symptoms is observed in people melancholy, prone to depression and low self esteem. And also depends on the context in which is used a drug, if a person is comfortable and it is safe when Smoking grass, then the likelihood of paranoia below. 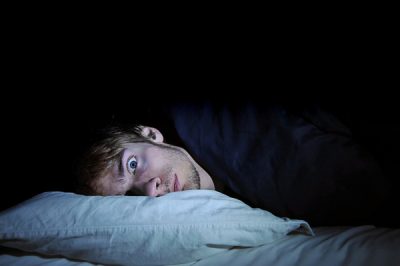 All these symptoms of poisoning appear a few hours after marijuana use. They can last from several hours to several days. Chronic overdose of marijuana can be accompanied with various psychoses, such as:

Some of these symptoms pass after they quit using marijuana, at others they provoke various mental disorders. According to statistics, no death from marijuana was not registered. But the loss of drug was observed due to concomitant diseases of the cardiovascular system, for example due to heart rhythm abnormalities. There were also cases of deaths of drug addicts citizens because of the failure falls with brief loss of consciousness due to a sharp decline in blood sugar.

In addition, overdose of the herb may bethe cause of suicide or bodily harm to others.

First aid in case of overdose of marijuana

In case of overdose of drugs you need to call an ambulance. In severe cases, you may need emergency room the victim to the hospital. But even in mild cases it is impossible to leave him alone. Before the arrival of doctors, if a person experiencing the overdose of cannabis, you should try to calm him down, more talk to him in an even voice, without yelling and tantrums. 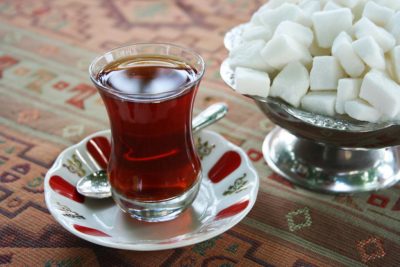 To remove all exogenous stimuli, such as loud music, bright light. So he calmed down, you can put light music for relaxation. If possible, the affected person to fresh air or at least air the room where it is located. To resolve the shortage of sugar, it is necessary to give the victim tea with sugar, jam or honey.

Loss of consciousness with an overdose of marijuana is of short duration and does not assume any long-term effects for the body, unless, of course, he falls well. In this case, it is necessary to put, to ensure the flow of fresh air and give something sweet. Stand is not recommended until she is dizzy.

If the victim observed the fever, he on the forehead should put a cold towel. When fever, on the contrary, it is necessary to wrap it. At hit of a drug into the body with food as soon as possible to wash out the stomach if the victim is conscious. To do this, give drink clean boiled water and tap on the root of the tongue. Gastric lavage is carried out before until the vomit will not be relatively clean.

If there is a natural vomiting, then it is impossible to stop her from organism of toxic substances. To eliminate the symptoms of intoxication the victim needs to give as much fluid as possible. In addition to sweet tea, it can be plain water.

After intoxication with drugs the victim for some time may be in a depressed mood, he can enjoy thoughts of suicide, he may be nervous too. There may also be memory loss, deteriorating mental abilities. If the victim will not be able to cope with such a condition, it can develop more serious mental disorder.

After the overdose of the drugs can deteriorate the activity of the cardiovascular system, develop arrhythmia, degeneration of the myocardium. Also overdose can adversely affect the liver, male reproductive organs, there is a greater risk of testicular cancer.

Smoking marijuana negatively affect the state of the broncho-pulmonary system. It can cause frequent inflammation of the bronchi and lungs, emphysema and even cancer of the respiratory system.

Negative impacts of continuous drug use 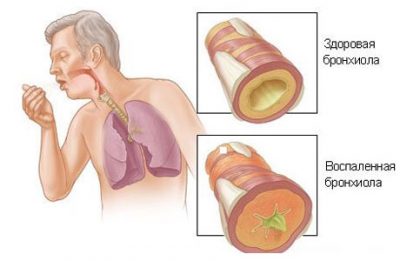 Smoking "grass" in even minimal doses, can cause substantial harm. It is proved that the constant use of grass increases the risk of cancer. There is a perception that marijuana relieves negative thoughts, but even if at first there is euphoria, then very quickly it gives way to depression.

If Smoking marijuana in the presence of viral hepatitis C can cause liver fibrosis. The drug causes inflammation of the gums and mucosa of the oral cavity, lowers the immune system, with the result that there are frequent infectious diseases, addiction negatively affects intellectual abilities and disrupts the structure of the human DNA.

The products of cannabis smoke contains much more carcinogenic substances than tobacco, so even his passive can have negative consequences for the body.