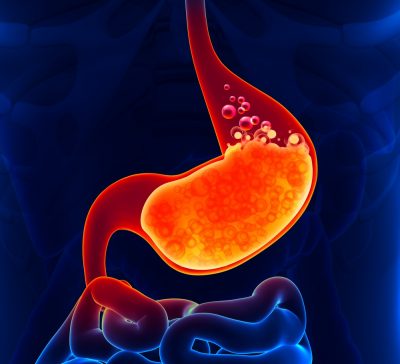 How to restore the stomach: drugs, reducing the gastric mucosa 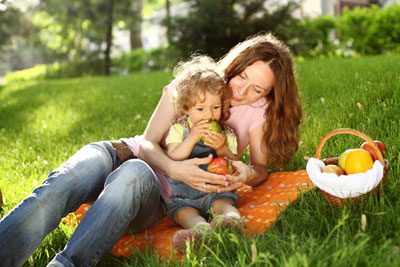 What to eat for upset stomach 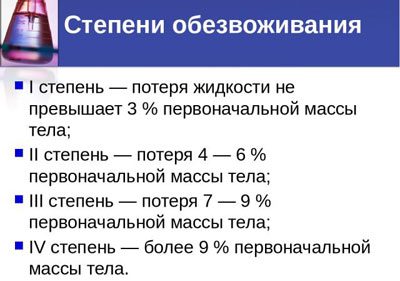 The oral rehydration solution at home 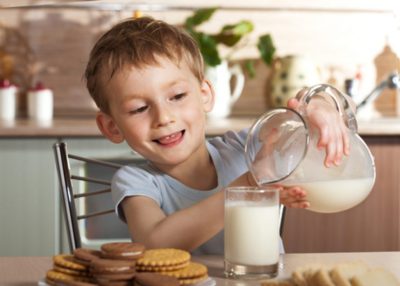 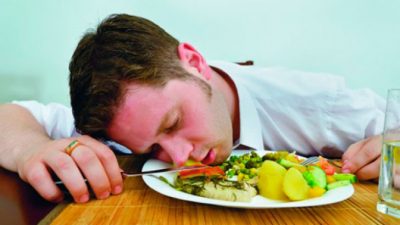 What can I eat after vomiting and diarrhea adult 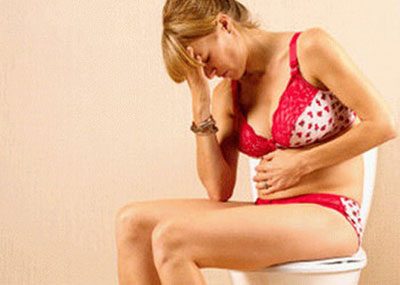 Diet for intestinal infections in adults and children 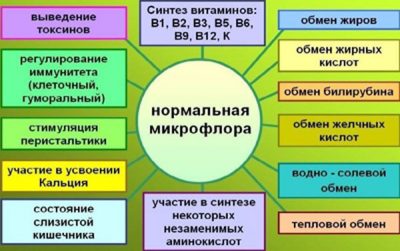 Probiotics and drugs to restore the microflora of the intestine 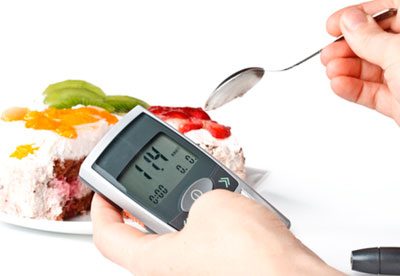 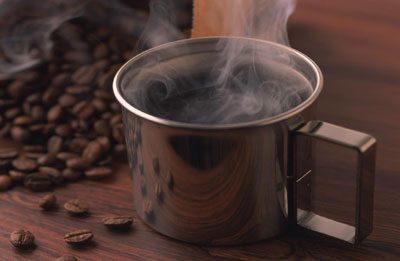 How to quickly sober person at home 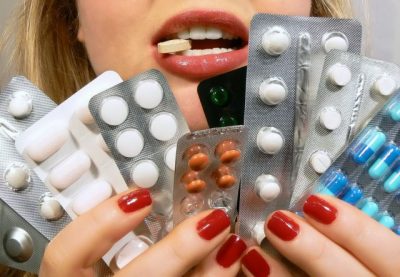 The effects of food and other types of poisoning

What if after vomiting sore stomach and esophagus

Vomiting is a natural reaction of the digestive tract when unable to digest fatty foods and various kinds of poisoning. Some time after the person she can feel the pain in the epigastric region. When after vomiting, the stomach is a normal phenomenon, so how to get rid of food caught in it, our muscular organ of the digestive system spazmiruyutsya and displays it under the pressure. However, the ongoing pain can be a complication of field of intoxication. How to determine, reduce discomfort and improve the condition after food poisoning?

The nature and intensity of pain 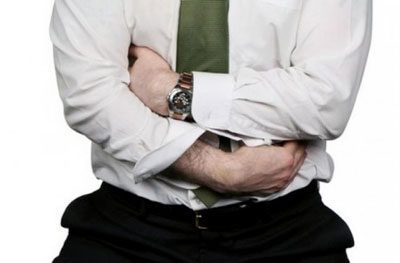 Pain may persist for several days after poisoning or intestinal infection, until you approach the end of the acute phase of the disease. The improvement should come at the end of the first day after was first noticed the symptoms.

The intensity and nature of pain in the stomach after poisoning can be different: dull, aching, cutting, stitching. When this discomfort may then disappear, then reappear. Cramps in the stomach usually occur when alcohol poisoning or by ingestion in the gastrointestinal tract of pathogenic bacteria. Aching pain characterized by the development of any inflammatory process, for example, in the formation of gastric ulcers.

The mechanism of occurrence of stomach pain

The mechanism of occurrence of pain after vomiting, due to the fact that failure to neutralize the toxins and to digest the foods inside it, the stomach suspends the process of digestion, and the intestine passes undigested food. So there comes the nausea, slows peristalsis and the food comes out from the body through the esophagus in the form of vomit. The pain can be felt in the center under the ribs or above the navel. When the toxins have time to get into the intestine, the pain may spread throughout the stomach. If you have a long tear, suffers and oesophagus, as its walls are corroded from passing them vomit, contain toxins and stomach acid. 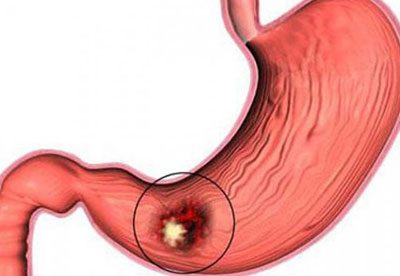 In addition, poisoning can be a triggering mechanism for the development of chronic diseases that have not been discovered before, just people were on the verge of their manifestation. After vomiting stomach pain in the case when, for example, suffered from intoxication was on the verge of the formation of gastritis, but factors such as extra burden on the digestive tract and upset the acid balance in the stomach in cases of poisoning, provided the impetus for the first attack.

Strong food poisoning can cause gastritis, particularly when problems with high acidity took place long before him. Bacterial poisoning, along with vomiting irritates the stomach wall and therefore there is pain.

Stomach ulcers can form if the organism got very aggressive infection. If after vomiting stomach pain for a week, it is a clear complication and the earlier you visit a doctor, the sooner you can get rid of unpleasant symptoms. This reaction may be a consequence of suffering salmonellosis or dysentery.

It happens that after a hearty vomit after vomiting pain in the esophagus is said that the acid could eat away at its walls and ulcer. Erosion of the esophagus, and an ulcer, gastritis, requires an adequate treatment in the hospital.

If people ate stale vegetables the epigastric pain after vomiting tells about the gastroenteritis. Besides pain, this disease is accompanied by symptoms such as nausea and frequent loose stools. 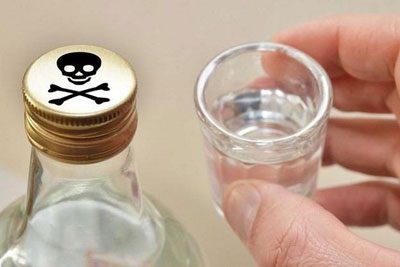 Alcohol poisoning is one of the most common causes of stomach pain. Excessive use and improper combination of alcoholic beverages almost always results in intoxication. The person feels dizzy, nausea and he is completely disoriented. Getting large doses of ethanol damages the walls of the stomach and indiscriminately kills both natural and beneficial microflora of the gastrointestinal tract. After vomiting stomach pain occurs due to the absorption of decomposition products of ethanol in the walls of the stomach and intestines.

Of course, if you drink quite a bit of high-quality alcoholic beverage, no harm, but when there is alcohol dependence and the dose of the poison constantly received into the stomach, its mucous membrane gradually destroyed. The strength of the drink and the degree of damage to the stomach have a directly proportional relationship. Alcohol, having in its composition a percentage of ethanol is over 20 destroys the mucous membrane of the stomach very deeply, getting to the blood vessels. For this reason, pain in the stomach after alcohol poisoning is cutting in nature. In this pain syndrome will pester until then, until the hangover will not end the recovery period after intoxication.

The reason for immediate treatment to the doctor 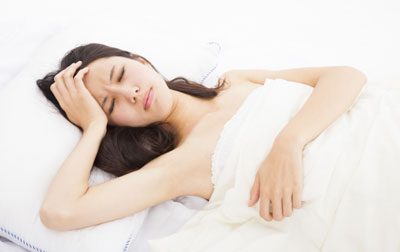 If after vomiting the stomach is in most cases a normal reaction to getting into the digestive tract of pathogenic bacteria. However, in the presence of the whole complex of dangerous symptoms to the doctor should be treated immediately. Among them:

If after poisoning suddenly appeared paroxysmal pain and growing pains in any region of the abdomen or back, then you must immediately go to the emergency room. This can be a symptom of acute appendicitis, renal failure, perforated ulcers, or inflammation of the pancreas – pancreatitis, and no less dangerous to life.

When the man long time no measures had consumed alcohol and, subsequently, defeated the addiction, but stomach pain is not gone, but on the contrary, increase is also a reason for referral to a specialist.

To undergo an examination to determine the etiology of stomach pain after severe vomiting will not harm in any way. Whether it's food poisoning or intestinal infection, treatment of these diseases should be performed in a hospital. Only a specialist, analyzing the course of the disease and after diagnosis, to prescribe adequate treatment, which will help to avoid serious complications of intoxication, provoking the emergence of pain in the stomach. 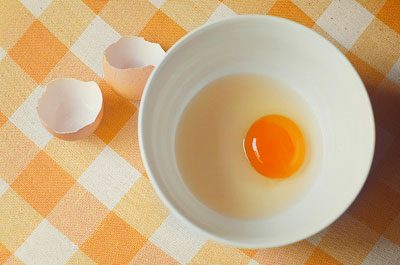 What if after vomiting stomach aches? Defeat the pain by yourself, resorting to folk methods of treatment. What is the main purpose of this therapy? The mucous membranes of the muscular digestive organ is damaged, and hydrochloric acid and digestive enzymes only aggravate this condition and slow the healing process of the damaged areas. Therefore, the stomach walls must be protected from external irritants enveloping means and products. This should take into account that the food should not be difficult since the digestive tract is still weak after the toxic attack. For this perfect:

These dishes due to its viscosity for some time, will protect the mucous of the stomach and give him time to recover. In addition, they are nutritious and easily digested, which does not overload the digestive system is undermined.

Despite gentle food, pain may persist for a long time. Stomach pain after vomiting a good shoot:

Chamomile calms and soothes, and aloe juice helps damaged areas to heal and restore the structure of the mucous. Oil cleans, improves peristalsis and helps the toxins in the shortest possible time to leave the body. If to resort to folk methods of treatment, the stomach pain will go away after two or three days after its occurrence, as muscle tissue has the ability to be updated rapidly.

Without a properly organized diet is not enough. If you continue to eat spicy, fatty and junk food, drinking alcohol, traditional methods are powerless, as, indeed, and medicines.

Need to learn a simple rule: to ensure that the pain is gone, and the stomach earned as before, it is necessary to eat small portions without giving up snacking and not overeating. Only in this case, the stomach will gradually recover their digestive function and is not overloaded.

If the pain is gone, it doesn't mean that you can leave from the regime. Some time we need to stick to a diet: well cooked rice, oatmeal porridge, mashed boiled potato without butter, steamed vegetables, boiled or baked meat or fish, low-fat yogurt or homemade yogurt is the best menu for recovery. 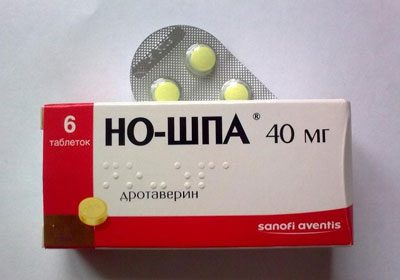 Medicines to treat stomach pain are prescribed individually by the doctor after the diagnosis. However, to help yourself get rid of toxins too. To eliminate the pain syndrome can be taken but, silos, and in order to quickly overcome the pathogenic flora need enterosorbent, for example, white or activated charcoal or POLYSORB sorbex. To achieve a softer, but no less effective result use and smectite enterosgel.

To restore the natural microflora of the gastrointestinal tract, need prebiotics and probiotics, such as lacidofil, hilak Forte, bifilact, laktiale or yogurt capsules.

While you need to clearly understand that the growing pains are not treated this way. If a complication after poisoning will be ulcer, self-administration of strong sorbents can hurt and worsen the situation. Therefore, if you notice yourself have stomach pain lasting more than three days should immediately visit a gastroenterologist.

Based on the above information we can conclude that the pain after poisoning are of different intensity and localization. If we talk about unobtrusive stomach pain after vomiting, it is a natural phenomenon that usually goes away as you recover. When the sharp pain, growing and cutting, then this is the alarm that you want to go to the doctor and to take urgent measures.