Medication, pills for nausea and vomiting in cases of poisoning

Antibiotics in cases of poisoning in adults and children

Home / Help after poisoning in the home / Funds from poisoning, traditional recipes, the help in restoration / Soda with food poisoning and vomiting

Soda for poisoning food can be used to relieve stomach pain or nausea relief. Also in medicine it is widely used solution for infusions, 4% solution of soda (sodium bicarbonate). It is indicated for the treatment of dehydration and intoxication, which developed against the backdrop of severe poisoning. To use that material very carefully as it can harm the body, causing alkalinity of the blood. In this article we have considered the cases in which soda can be used in the treatment of poisoning, as well as contraindications to its use.

In some cases, can be used soda

Soda solution in case of poisoning should be used with great caution. Contrary to the misconception of many, it should not be used for washing the stomach in rendering first aid to the poisoned person. This procedure is carried out using a canteen of water at room temperature.

Concentrated soda solution may be an independent cause acute poisoning and lead to a burn of the mucous membrane of the esophagus or stomach.

Soda can be used when severe heartburn and vomiting that occurred a few days after the poisoning. These symptoms should resolve with medicines prescribed by the attending physician. But if they "caught you by surprise" and have no antacid (E.g., Almagell, fosfalyugel, Maalox), you can drink weak soda solution.

Soda vomit and heartburn caused by high acidity of gastric juice helps, but its action is very short. After 1-2 hours, the symptoms may return.

The soda solution absorbs the hydrochloric acid and neutralizes it. During this chemical reaction carbon dioxide, which, by stimulating and irritating the mucous membrane of the stomach, leads to the development of new portions of hydrochloric acid. An hour later after taking soda solution heartburn and nausea can come back, but in a more pronounced form.

Previously, the solutions of soda was widely used for the treatment of hyperacidity, in our time, doctors do not recommend this substance for long-term and systematic admission.

In some cases, the use of baking soda is dangerous and contraindicated

In the treatment of poisoning by the use of baking soda can cause serious harm to the body. It is strictly prohibited to take inside with the situations listed below:

Introduced this drug by physicians strictly according to the testimony, under the control of laboratory parameters of blood. To apply it yourself. 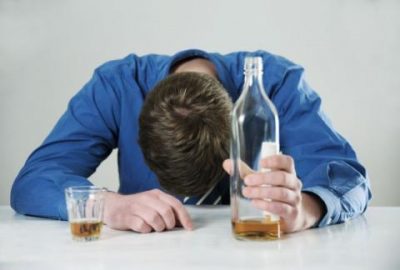 The sodium bicarbonate solution is introduced intravenously. The poisoning of this drug helps to get rid of acidosis – oxidation of the blood, in which is a decrease of pH. Acidosis develops when:

The introduction of sodium bicarbonate is carried out under permanent control of the laboratory studies of the acidity of the blood. Overdose of this drug can lead to equally dangerous situation and alkalosis (alkalinity of the blood).

Improper use of baking soda inside may develop severe poisoning. It is due to the alkalinity of the blood. When the pH is increased in the body there are severe violations and changes.

With the development of soda poisoning you should immediately call an ambulance. Doctors will conduct gastric lavage through the probe, put on a drip andtake intoxicated person to the hospital. At the hospital, he will be administered the drugs, regulating blood pH and correct alkalosis.

Severe alkalosis, the alkalinity of the blood, can lead to death. Make soda or products based on it only after consultation with your doctor. Self-treatment with this substance may lead to severe disorders in the whole organism.

Soda if poisoning is most often used in the form of a 4% solution of sodium bicarbonate. This drug is administered intravenously and helps to combat acidosis and dehydration. Also use a weak solution of soda, you can eliminate heartburn. But this therapeutic effect is very fleeting and short-lived. Strictly forbidden to take soda inside for poisoning by acids, the presence of ulcers in the stomach or internal gastrointestinal bleeding. Drinking soda in large quantities leads to the development of severe complications, alkalosis, which can lead to death.