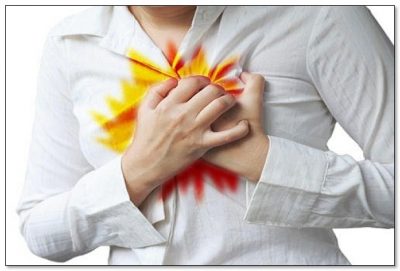 Does the smectite heartburn 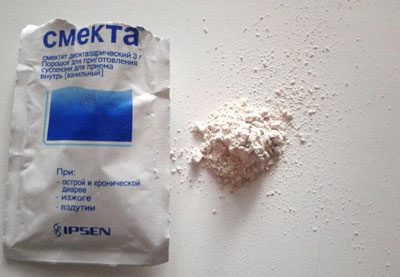 Which is better – or smectite enterofuril, can I take them at the same time 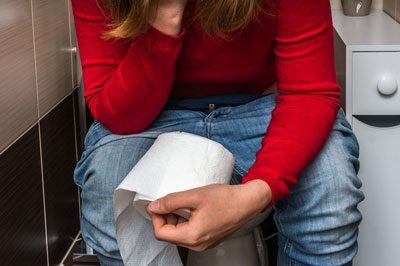 How many acts smecta diarrhea and diarrhea 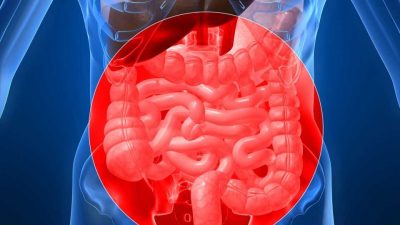 Smectite constipation and stomach pain in adults and children 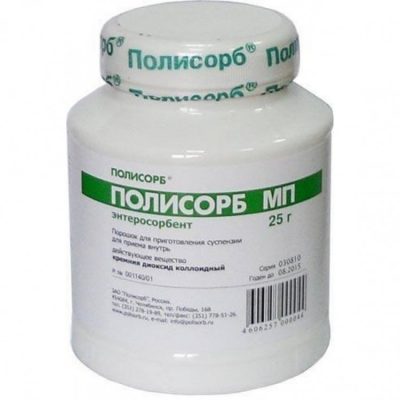 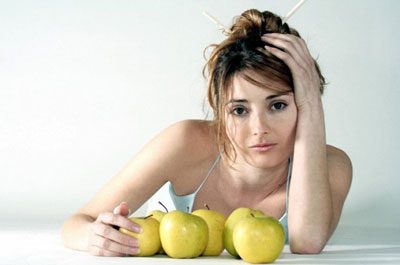 Enterosgel: contraindications and side effects

How does enterosgel on the body and what is it for 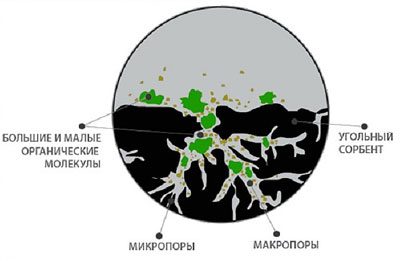 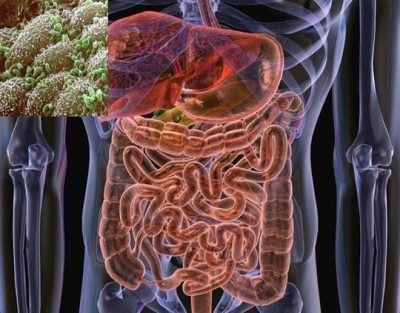 POLYSORB vomiting in children and adults: instructions for use 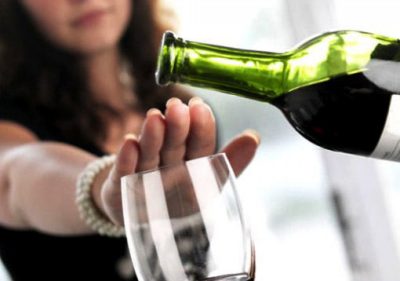 Enterosgel hangover: how and how much to take

Home / Help after poisoning in the home / Sorbents from poisoning: rules of admission, doses / Analogues of filtrum-STI: list of drugs

Filtrum-STI – a enterosorbent. It is used to eliminate intoxication caused by toxic substances, poisons, pathogenic microorganisms. The drug is safe for infants and the elderly. In pharmacies in free sale have the equivalent of filtrum-STI. They differ in chemical structure but are similar in their pharmacological properties.

Chemical composition, properties and use of the drug

Filtrum-STI is based on the substance – lignin. It is a polymeric compound of natural origin, which is a stiff membrane and the cell walls of plants. Most it is presented in wood of coniferous and deciduous trees. Lignin is not an independent element, and consists of a complex structural polymers, hydrocellulose and phenylpropane.

Detoxification property filtrum-STI due to its high sorption activity. This means that it is able to absorb a large amount of toxins, toxic substances, hazardous chemical elements, products of metabolism. Filtrum itself harmless. Once inside is not absorbed by the mucous and excreted unchanged with feces. 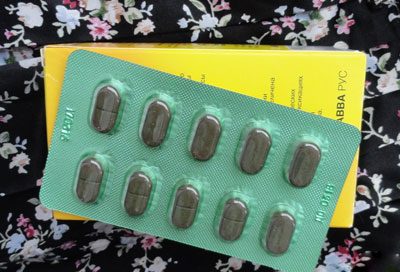 Products that filtrum-STI neutralize and evacuate from the intestine:

The filter generally indicated for patients in acute poisonings, infectious diseases, overdose of drugs when administered orally. The tool also prescribed for severe purulent inflammation coupled with the high toxicity of the body, chronic insufficiency of the liver and kidneys. Patients with allergic reaction to food or medication medication relieves the intensity of the Allergy.

Filtrum-STI is available in solid form – tablets. Taken orally, on an empty stomach one hour before meals. The tablet is pre-crushed and washed down with a glass of water. The frequency is a day not more than 4 times. The course of treatment depends on the diagnosis. In acute infectious diseases it is 3-5 days, and chronic disease lasts 2-3 weeks.

Filtrum-STI has a minimal set of side effects. Rarely allergic skin reactions. Sometimes constipation, but only in the case of non-compliance with drinking regime during therapy.

The drug is not prescribed to people with individual intolerance of components, lack of motility of the small intestine and colon, in the period of exacerbation of peptic ulcer disease of the digestive tract.

Structural analogues are drugs, the main active ingredient of which is lignin. General features – the ability to receive with the birth of identical pharmacological properties, no drug overdose (whatever the number of substances the person is not accepted, it is all excreted unchanged). 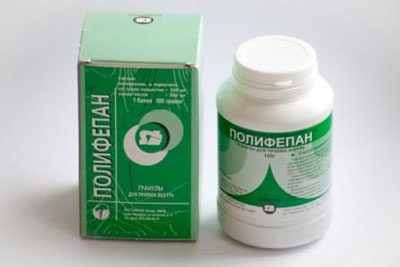 The drug in powder dark brown, odorless and tasteless, insoluble in water. Available in sachets of 250 mg. Pharmacological action:

Polifepan shown in diseases and functional disorders of the gastrointestinal tract of different etiology, accompanied by diarrhea. Also it is effective with any poisoning and allergies. Medicine is prescribed in the complex of rehabilitation measures cancer patients undergoing chemotherapy. Polifepan relieves withdrawal symptoms (addiction) in chronic alcoholism.

During prolonged intake as a side effect, patients develop vitamin deficiencies (lack of vitamins E, D, C) and hypocalcemia (decreased calcium in bones). 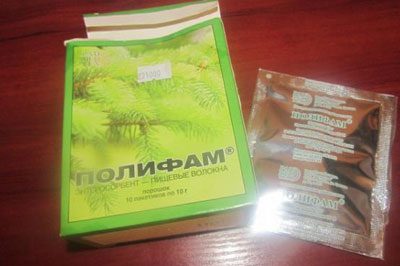 Available in the form of powder or of a suspension of friable dark brown, damp to the touch, without peculiar smell. The drug is sold in opaque plastic bags of 100 and 500 mg.

With caution the drug is prescribed to patients with gastritis, gastric ulcer and duodenal ulcer, erosion of the intestinal mucosa.

To avoid the development of deficiency of vitamins during prolonged treatment in addition to prescribed a multivitamin complexes. 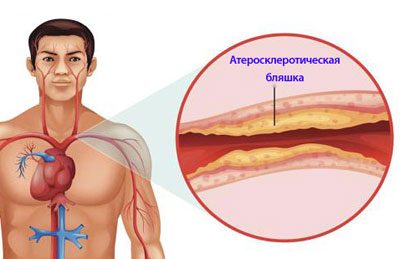 This is a dark-brown powder, odorless. In addition to the binding and excretion of toxins, the tool compensates for the lack of fiber in the digestive tract, improves the condition of the microflora of the large intestine and the protective functions of the immune system.

Temporary contraindications to the use are erosive and ulcerative processes in the gastrointestinal tract in acute, intestinal bleeding, impaired motility and peristalsis.

During the course of taking the sorbents you need to drink at least 2.5 liters of water a day (for adults). Between the use of chelators and other drugs should be 1.5 hours, as sorption properties reduce the effectiveness of medications.

Drugs derived activated carbon is cheap analogues of filtrum-STI. They are available in tablets of a flat cylindrical shape, black in color. Excipients may be cellulose, sucrose, gelatin, talc, glycerin.

Coal is a highly porous substance with a large sorption area. It is able to absorb not only toxins, but also gases, alkaloids, various chemical complexes. With repeated use of the tablets prepared with aqueous suspensions significantly reduced the level of toxins in the blood plasma. By themselves, the drugs activated charcoal safe during their admission in the stool are painted in black color. 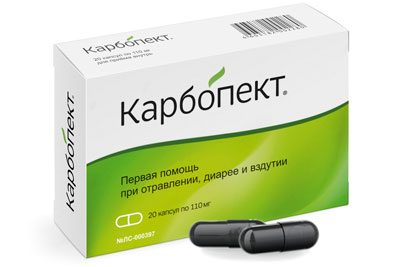 When passing through the gastrointestinal tract activated charcoal does not enter into reaction with other substances, does not change its chemical formula. Completely eliminated from the body naturally after 10-24 hours after ingestion.

Contraindications – individual intolerance, gastrointestinal ulcers and stomach bleeding, hereditary fructose intolerance, violation of absorbability of glucose, the lack of calcium in the body.

Children up to 3 years administration of drugs based on activated carbon is not recommended.

During the treatment the charcoal can cause constipation, which are easily eliminated after discontinuation of the drug. When applying more than 2 weeks, the body develops a deficiency of vitamins, proteins, fats, hormones. Drugs that contain glycerin can cause headaches, nausea, vomiting.

Some analogues based activated carbon:

Analogues of filtrum-STI on the basis of smectite 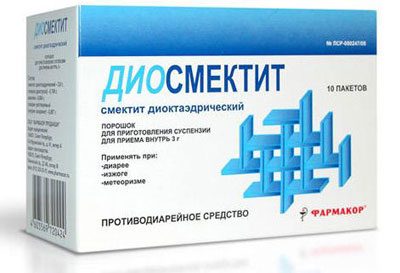 The dioctahedral smectite is a mixture of aluminum and magnesium. Adsorbs toxins and bacteria, bile and hydrochloric acid, stabilizes the intestinal epithelium. The substance violates peristalsis and motility, excreted from the body without a trace.

Drugs are produced in powder form, on the basis of which prepare the suspension. In color it is yellow, gray, brown. Additional substances – glucose, saccharin, vanillin.

Preparations on the basis of smectite cannot be used in intestinal obstruction and hypersensitivity to the components.

Smectite is safe for pregnant and nursing women, as it does not have toxic effect on the fetus. 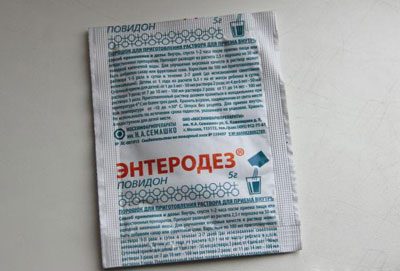 ASIC major groups – analogues of filtrum-STI should be allocated to drugs, which are widely distributed, accessible and safe for both children and adults alike:

Drugs that are similar in pharmacological action to the filtrum-STI, presents a large selection. In medical practice without difficulty patients select a sorbent in accordance with the diagnosis, the General condition of the patient, his age and characteristics of the organism.