Benefits and harms of cell phone depends entirely on its use. Been said many words about the necessity and importance of mobile devices in modern life. Not less has been written about the harm from electromagnetic radiation, whose successor is even the most simple camera. What is the damage, how to minimize risks and recognize the harmful effects described in this article.

The damage to the phone on the human body

The effect of mobile phone on human health has undergone numerous studies which often had contradictory information. Scientists for several decades arguing about the dangers of mobile devices, and has accumulated a huge amount of experimental results and other scientific research that is constantly published in scientific resources. Already collected more than 10 thousands publications on this topic that can be found in international publications. But if the phone emits radiation?

31 may 2011 is the day when the who officially recognized the dangers of radiation from mobile devices on human health. She admitted radiation is a potential carcinogen and has established a group of 2 V.

The dangers of mobile phones on the human body is that when speaking it is close to the brain. Electromagnetic rays with a direct contact with him and can have a negative impact on health. Characteristics of this type of radiation such that when exposed to living cells, they cause an increase of their temperature and may play a role in irreversible processes, when the RF effect occurs regularly. Thus, it can develop a brain tumor.

The damage to the phone for human health still is that while talking on the phone impairs attention, therefore, because I talk on the phone while riding in a car accidents happen more often 4 times. Although the cause is not radiation, but the problem remains relevant to this day. You should not talk on the phone while driving and Handsfree. Although the harm of cell phones on human health is discussed by the scientific community for a long time, to a common opinion have not come. There are different versions of this position. The most common is the financial component, as phone manufacturers are interested in distribution of its product, and thus hiding the true results of studies.

According to the precautionary principle health organization are obliged to recommend mobile device users minimizes time of their use and, in particular, being near the head. The prohibition often use the actual phone in the first place for children.

Among the consequences that a phone can have on the body is also known to all dystonia is a mysterious disease that is characterised by a lack of energy and decreased performance. The cause of this condition, some researchers think that too frequent use of cell phones or the presence on the territory with dangerous levels of radiation from towers. And with the constant suppression of the body electromagnetic waves can develop cancer.

Protection from radiation, which distribute the phones, has become a hot topic among users. The widespread use of mobile phones generates a cautious attitude to them as to carcinogenic agents, can be a cause of cancer. When assessing studies on the long-term effects from the use of cell phones is still no definitive conclusions. It is often expressed the version that the producers and the company's mobile devices embellish and obscure the research results. Fixed a few similar incidents: 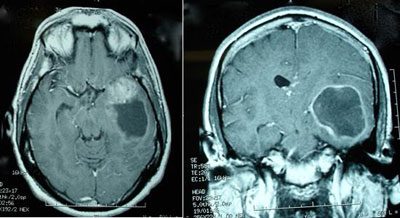 Phone manufacturers in this case were no exception and along with producers of alcohol and tobacco products are trying to deny and ridicule those results that suggest the real danger.

Meanwhile, experts from different countries for a long time United in their belief that the impact of the phone on the body is detrimental. Thirty scientists from the International Agency for research on cancer, led by Jonathan Sametom produced a sufficient number of experiments and conclusions, which today has become hard to ignore. We can only guess why a group of scientists has classified the injury as potentially carcinogenic, giving it the appropriate token. And what (or who?) prevented IARC at who classified the problem marker 1A or 2A, as higher, because the evidence was presented quite a serious brain cancer. And confirm the development of glioma and other brain damage with frequent use of the mobile phone near the ear were takenthe most authoritative experts.

But whether the phone is dangerous? If the phone emits radiation? The microwave frequency range that is characteristic of microwave radiation, which is the range of the cellular network affects the following functions in the body:

The development of these diseases depends on three factors of electromagnetic radiation: frequency, power and exposure time. The higher the data is, the greater the impact. Thus, the radiation from cellular communication is similar to gamma radiation, which has the same principle. As for gamma radiation and microwave exposure time of rays determines the total power striking the body.

The maximum permissible level of electromagnetic radiation from cellular communication in Russia is 10mW/cm2 at the position near the head. If there is excess of this level can cause the disease.

Ordinary citizens often do not realize that their safety depends on them, because the radiation power of mobile phones all models are different and should pay attention before you buy on the level of submission and receipt of these signals. Each model phone has a SAR level of absorption of energy – which should be as low as possible. When the required signal level measurement was not made before purchase, better to control it manually, if this function is provided in the apparatus. Very often there are cases when the permissible level is exceeded, especially when calling and network search.

As the modern life is not possible without the use of a mobile network, it is possible to reduce the level of exposure to microwave, not bringing the phone close to the head, as security is directly proportional to its distance from the body. Luckily today there are plenty of opportunities: hands-free, "hands free".

How to protect yourself from excessive phone radiation 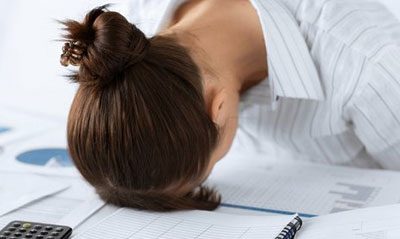 Radiation from the phone (from the Latin. radius "ray" radiātiō – "radiation") is not ionizing. This is a safer form of radiation unlike ionizing characteristic of some radioactive metals, and the x-ray unit and locations with nuclear and thermonuclear reaction.

The non-ionizing radiation surrounds us everywhere: in the electric light, sunlight, even the heat from our body. Due to frequent contact with a strong dose of radiation is a cumulative effect when there is minor exposure of the body that causes a change in blood chemistrythat over time can cause serious health problems.

Possible damage of cellular communication lies in these consequences:

Despite the apparent scientific papers on this subject, the cellphone continues to argue that it's all fiction. Although such examples in the history of the mass: the same leaded gasoline, until it was forbidden at the international level because of the harmful effects to health, the oil companies denied the presence of carcinogenic effect.

Therefore, the abuse of talking on the phone should be partially or completely accompanied by a wireless headset, which will allow us to communicate not leaning the phone to the head.

That radiates the telephone, applies to home cordless phones, not just cell, as the nature of the signal they are very similar. 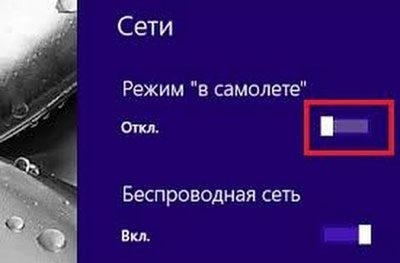 There is harmful radiation from your phone when it is at rest? Yes, since the signal received from the station, is of a throbbing character. But the strongest emission becomes at the time of the call, when the subscriber number is connected with the base station of the cellular operator. If a cell signal can't easily find the tower, it begins to operate at full power to catch it. In these situations, the phone is most dangerous, and should be minimized with the body.

It is advisable in such cases to turn off the phone altogether or set the "In plane". There are special covers on the phone with a shielding effect, does not transmit radiation, they can be used. If it is possible to improve the transmitted signal during a conversation, you need to do is: stand on an elevated surface, go to the window or go to open space to receive the signal unobstructed. These actions will minimize the impact of electromagnetic rays that they have on the body.

The impact of cell towers on human body

Transceivers of radio signals with a powerful antenna allow to maintain the connection of subscribers of cellular operators. That the connection was better, should such a tower be placed on the uplands: allowed to install them on the buildings of some companies, houses or mountains and hills. 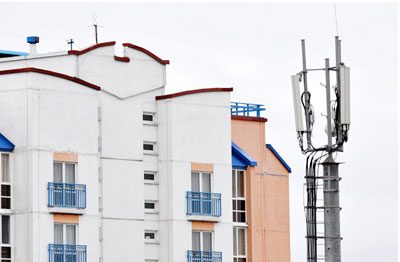 The distribution of electromagnetic radiation from the tower is that way, standing under it at home not the epicenter of the radiation because the waves from the towerspread horizontally. Being around 30 meters from this antenna is potentially dangerous to human health. If the tower and the mobile operators adhere to European standards and does not exceed the signal higher than 2W/kg, the danger, as such, is not considered to be exceeded.

The radiation from the tower tends to fade with distance from its source, therefore, within 150 metres of such radiation becomes more dangerous than from the phone lying in the other room.

However, quite often there are situations when mobile operators unfair to place their base stations, adding additional equipment to existing stations, already radiating the maximum allowable radiation. Thus, violated rules limiting construction near hazardous sites, people are exposed to radiation.

No less of a problem brought changes in the legislation under which the construction of new homes is not considered from the position of the radiation from the antenna and there is no expertise on the subject of elevated levels of microwave.

Described the risks from radiation can be important for people whose homes are within 100-120 m or less. If you know about finding neighborhood cell tower network at this level, especially if the antenna itself is located at the same height as your flat, you must measure the density of energy flow from her, turning to the accredited laboratory. As the waves propagate horizontally, the greatest defeat perhaps on the same height as the radiation source. 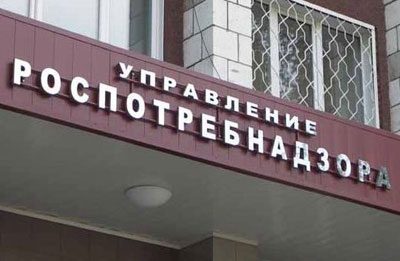 If after measuring the signal level is above acceptable (above 1900 MHz and above 10 µw/cm2), it is necessary to write the complaint in Rospotrebnadzor, putting the available evidence.

Has phone on human health, like someone carefully hushed up. Vigilant citizen must learn to live in a new reality around the factors that may cause the radiation to be able to protect yourself and your loved ones from possible danger. After the world health organization announced to the world about the dangers of phones, making them into a separate registry carcinogenic products, most rational people have no doubt that the smoke without fire does not happen.

Studies have confirmed the fact that AMY really affects a living organism, and if this organism is weakened or suppressed, the study could simply kill him by the mutation of cells into malignant tumors. The characteristic experiment with chickens that have undergone long AMY. They were developing cancer three times more often than others.

Most relevant, the rules will be for our children, who appear very vulnerable to radiation. The bones of the skull in children is much thinner, and this means that the degree of passage of radiation through the skull is much higher than that of an adult. If we add to this factor a weakened immune system and constant stress of the body due to increased growth, we can understand why in recent decades has dramatically increased the percentage of pediatric Oncology.