Even some few decades ago, no one could not imagine that soon a computer will be in every house. Along with this miracle of technological progress to the people and negative factors that affect health is not the best way. Those who spend on monitors, many hours of your life, don't always know what it is they face. However, the damage from the computer is, and it is quite significant.

Straight posture, eyesight, healthy joints and good blood circulation – this is not a complete list of what we have to say goodbye, if you spend at a computer all working and free time. Despite this, some argue that computers are absolutely harmless, while others exaggerate their negative impact. What really is the harm of computer to human health and can it be prevented?

Most of all the constant sitting at a computer suffer from eye. Most likely, many could see the redness of the eyeballs, after a long looking at a monitor. This comes from overexertion of the eyes and drying of the mucous membrane, as if the man is very focused, he simply forgets to blink and during the blink of the eye moist. Plays an important role in a well-organized working place: distance between monitor and eyes should be around 30 cm, no more and no less.

Day in and day sitting at the computer gradually leads to myopia. The radiation from the laptop is threatened by the emergence of the following signs of loss of visual acuity:

The deterioration of vision can also talk to frequent pressure headaches and dizziness. What can be done to prevent the disease? It is enough to refer to the following methods of protection:

The effects of electromagnetic radiation

Despite the fact that the age of the bulky, more like tube TVs monitors is long gone and in their place came a liquid crystal, any technology capable of affecting human health and the computer is no exception. All because around devices that runs on electricity creates an electromagnetic field. The radiation from a computer leads to the deterioration of blood supply of organs and tissues, reduced reproductive function and weakening the immune system. But most harmful radiation brings the nervous system. 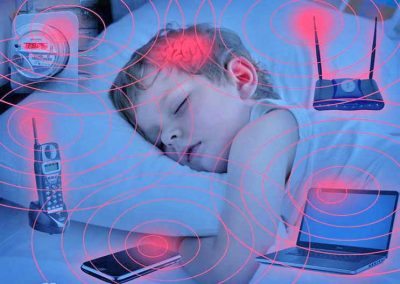 After long hours spent at the computer, the person becomes irritable, he begins to suffer from insomnia that cannot relax and constantly sees before his eyes images and pictures from your computer screen like he's delirious. Appears lethargy, drowsiness and apathy are constant companions in a rapidly developing depression. Such reactions can be observed among working age adults quite often.

Alas, the electromagnetic radiation from the computer is stalking you everywhere. It is a scourge of modern society, as every schoolchild in the Arsenal you can see not only the computer but also a bunch of other gadgets. This does not disappear – the only thing you can do is to buy LCD monitors with the latest models, because they are more safe and do not emit radiation in such quantities.

Harm for children and adolescents

The harmful child is computer and how it affects nesformirovannost the child's psyche, researched for a long time. Even if an adult is sometimes not able to resist dependence on computer games then, what can we say about a teenager. Children are hidden from society in the virtual world, because it's easier for them. Because of the reluctance to spend time with peers and lack of communication they grow up to be sociopaths. About the responsiveness, compassion and desire to help and can be no question – at present Computerman these qualities do not exist at all. They do not see the authority of the older generation, neither in parents, nor in the person of teachers. Their characteristics is an obsession, selfishness and indifference.

Cleverly hyped violent and bloody computer games develop from minor aggression and protest, and these qualities because of their age they have enough. No parent wants his kid grew up, but, in order to prevent this, you need to start with ourselves and at least occasionally devote time to the child. 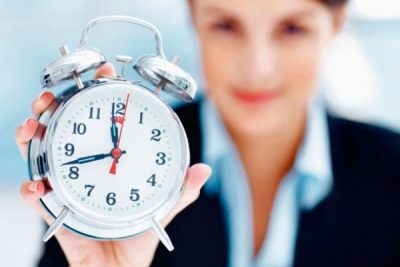 To convey to the teenager that the harm of computer is essential, it is very difficult. Don't forget that personality is formed up to 3 years, so useful habits and interests are easier to be inculcated from childhood, and harmful – to destroy immediately.

Harm the computer for the spine and joints

About good posture and healthy joints by constant work at the computer can be forgotten. All because of wrong posture and long hours sitting motionless. Harm from a laptop to apply and muscular frame – he's getting weaker, and the muscles atrophy.

Most of the seat suffers from the lower back, neck and shoulder area. If the pain is felt in the lower back, then most likely, the reason is the sciatic nerve. When in the neck, upper back and under the shoulder blades appears stiff and pain – that says a strain of the trapezius muscle and the appearance of curvature. Such displays are also called "computer syndrome".

As for harm to the joints, often suffer from the brush. Of permanent residence in unnatural twisted position, the nerve in the wrist joint can become inflamed, and a hand to pripuhnut. It all starts with pulling, aching pain, which might take a while to pester, even during the holidays.

To prevent or delay development of these diseases, people who spend most of their working time at the computer, must adhere to certain recommendations:

A set of exercises 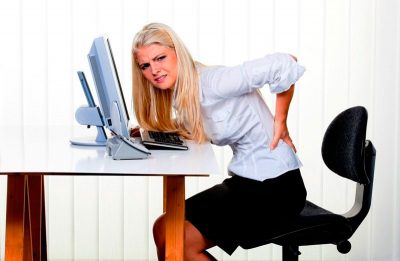 Exercise 1: extend hands in front of him and hold down each the two ends of a small towel. Slowly and without bending the arms to bring the towel behind your back. When this chest opens, and each segment of the thoracic straightened.

Exercise 2: stand with your back to the wall and cuddle up to her five points: head, shoulders, buttocks, calves and heels. Raise the arms up and stood on the balls of your feet, lifting your heels only – the other four points must remain in contact with the wall. After this exercise long you want to keep your posture.

If you have back problems, you need to get a posture corrector and to work in it. And the corset which is designed for some one of the departments, will not help. To ensure proper support, podiatrists recommend to use concealer from the neck to the bottom of the buttocks. Initially wear it only 10-15 minutes, and when you develop muscle memory, time can be increased.

If you run at least the basic recommendations of experts, the harm of computer will not so detrimental to posture and joints, and low back pain is a long time to remind myself.

Like any electric appliance, the computer threat to human health. Open Board CPU, a lot of wires and network cables can cause a short. To avoid electric shock, you need to follow a few rules: 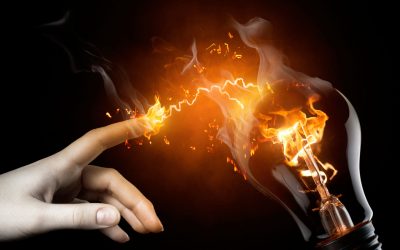 They say that the bacteria on a computer keyboard much more than on the rim of the toilet. This is not surprising, especially if the computer is shared by multiple people. In addition, the processor and the computer screen – even the dust in the dust accumulates on the fan, and the second she settles, as drawn under the influence of computer radiation.

To prevent harmful germs is simple – regularly clean the workplace. The keyboard can be cleaned with a special brush that is purchased at a retail store or via the Internet, besides the buttons on the panel, usually removable. All surfaces must be wiped with a damp cloth, and screen – wipes for the equipment.

To minimize the harmful effect on a person, you need to engage them and not to hold forscreen all the time. To abandon it will not work, and it is not necessary, as is the possibility of earning and source of information. But dosing stay at the computer definitely does not hurt.