Over the last two decades science and technology in medicine is far more advanced. The results of this development is the emergence of fundamentally new methods of hardware diagnostics, internal organs, all the internal systems and the human body completely. This method applies diagnostic magnetic resonance imaging, or MRI. When meeting with such a method of investigation of person asks a question, and whether an MRI is harmful to health?

Such concerns are understandable patients. First, they have weak health due to illness. Second, they know that there are some methods of investigation and diagnostics like x-ray, fluoroscopy, ultrasound and computed tomography, which helps to obtain an accurate diagnosis or clarify previously diagnosed in a short time, but have significant drawbacks. These methods have a number of contraindications and some of them are even dangerous to the health of the patient.

The principle of operation of MRI

Diagnostic apparatus magnetic resonance imaging consists of the electromagnetic resonant scanner in the form of a convex streamlined camera, reminiscent of clam great shape or some space object, as well as a sliding table.

The table is designed to be located on it diagnosed the patient and to the smooth flow of the patient inside the chamber with the simultaneous passage through a complex system of electromagnetic scanners.

The scanner works on the basis of nuclear magnetic resonance. When you turn on the set of scanners in the chamber an electromagnetic field is formed, which by means of the waves acts on the hydrogen atoms and gives them a oscillatory motion.

As a result of these vibrational motions of the hydrogen atoms of the tissue and all the organs are reflected in the form of electromagnetic waves of different lengths. Which allows to obtain detailed flat and even three-dimensional image of the scanned internal organs, musculoskeletal system and the human body.

After receiving the graphic image of the patient in details, it can be increased in size, transferred on digital and paper media and the main purpose is to use for specification and confirmation of diagnoses, perform interim inspections of the treatment and detect possible pathologies in the early stages.

Does an MRI on the patient's health

A strong electromagnetic field that is used in magnetic resonance imaging, many patients makes you think before using a similar survey technique. 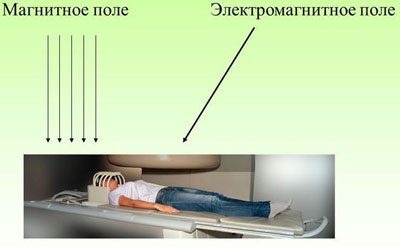 A powerful electromagnetic field form a massive electric units, such as large motors and turbines, substation and transmission lines. So sick and is faced with a choice, to apply the MRI or not.

However, not scientifically proven harm to MRI for the body, and made such a judgment that the radiation from such a survey does not exceed the radiation received by man during a long intercourse on the mobile phone, more than five times.

Therefore, the negative impact of MRI on the human body is virtually absent. Making it possible to apply this method of examination of patients several times a year by the physician.

Features of the survey

Purpose to survey some part of the body or the entire body must obtain from the attending physician. It is necessary to consider such nuances:

Patients who have well shown a little claustrophobic, I suggest to take a sedative drugs at the beginning of execution of the survey.

Indications and limitations for MRI 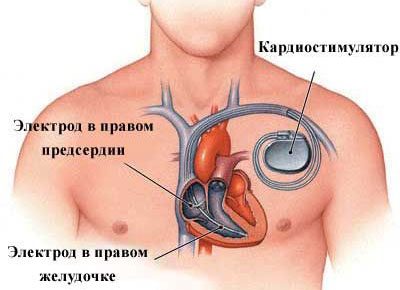 For clarification or confirmation of diagnoses, conducting scheduled, unscheduled and intermediate surveys, as well as to detect pathological changes at an early stage, doctors prescribe testing of the human body through magnetic resonance imaging.

The electromagnetic field that creates a magnetic apparatus, interacts not only with the hydrogen atoms of fabric, metal and electrical items located both on the patient and inside of his body. This field attracts and heats such items.

Therefore, before the examination the patient should be appropriate clothing should be checked the absence of unacceptable items, namely:

You need to remember thatmagnetic resonance imaging can be carried out in the presence of the patient items of titanium, namely, titanium joints, titanium teeth and the valves of the circulatory system of biological material. 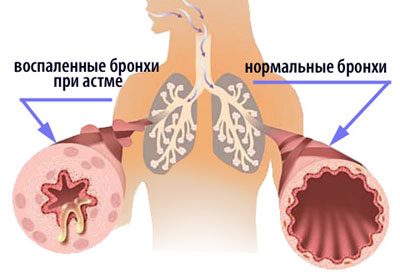 Contraindications for resonance diagnosis are:

The only negative effects on the body can be from a contrast agent, which is used when performing surveys. Contrast agent in MRI containing Galigani is intended to penetrate into the tissues of the body under examination. It improves the image of the internal organs on the screen of the imager, by affecting the spread as electromagnetic waves and hydrogen atoms.

Active substance Calidoni after application to the skin is excreted via the kidneys and may cause allergic reaction in the patient. Therefore, pre-medical professionals to determine the possibility of allergic reaction of patient on this drug.

If the substance causes a reaction, it is simply not applied to the skin of the patient, to avoid the consequences of the MRI.

Is there any harmful effects of MRI on the brain

Indications for MRI of the brain, the patient may be complaints of a person to migraines, dizziness and other complaints of overall health. 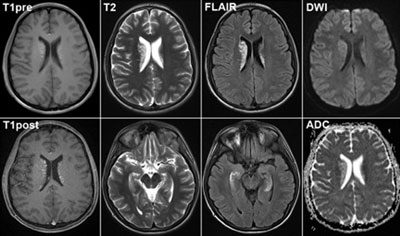 When carrying out this procedure, the patient is placed horizontally on the sliding table. Next, the skin of the head is processed by a contrast agent, if no contraindications.

Pull-out table slowly moves inside the machine and is scanning the inner part of the brain with imaging. Imaging the electromagnetic radiation does not harm as a separate head, and for the whole body of the examinee.

Brain MRI can be done as often as required by the degree and severity of the disease to determine and clarify the diagnosis. This manipulation is performed by the testimony and the importance of the intermediate controls during the course of treatment.

The impact of MRI on the spine

High-tech and efficient procedure for the examination of the spine of the patient may be prescribed by the attending physician in this case:

During examination of the patient can be laid on the belly, the spine is handled by contrast, if there are no contraindications. The scanning procedure can last from 30 to 60 minutes, depending on the volume of the survey.

The result is MRI of the spine can be obtained its full three-dimensional image with detail of all departments in two planesthat you can't always get with other methods of examination. Thanks to this quality image, the doctor can specify an earlier diagnosis and correct course of further treatment.

The impact of MRI on the baby 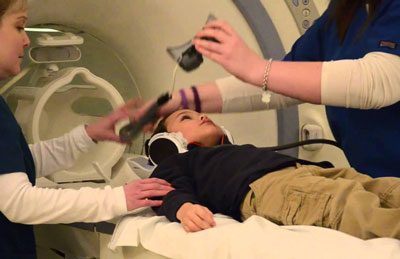 MRI according to testimony carried the children when you need to inspect and diagnose the condition of the head, internal organs or the musculoskeletal system. That again shows a complete MRI safety as one of the progressive and informative methods of examination.

If examined very young patient, in order to prevent a stressful situation for a patient from the sounds of the scanner, and a closed form of the apparatus, the patient is offered a special drink with the use of safe sedative and anxiolytic drugs. These drugs can enter and intravenously.

If the MRI is appointed for the older child, the parents in the presence of the medical staff conduct interviews with the child and calm him down. After the child wear earplugs, and loud, frightening the sound of the scanner, generating the discomfort is not an obstacle for the study of the body.

The impact of MRI during pregnancy

Negative effects of MRI in pregnancy has not been proven, but if we are talking about the study of the expectant mother, not the fetus, this procedure is not carried out during the first trimester and transferred to the second or third. This is due to the fact that in the first three months of the active formation of the internal organs of the unborn baby and his fragile body is receptive to all stimuli of the environment.

When the survey relates to the possible pathology of the fetus, this procedure is not delayed and do in the first trimester.

MRI is safer than x-rays 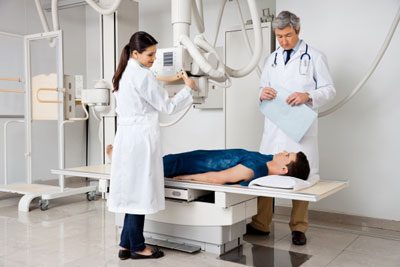 To answer the troubling question, what is more harmful - an MRI or x-rays, it is necessary to recall the principles of operation of devices of such types of surveys. Some devices irradiated patient, even in small doses, and some not.

During the execution of the survey x-ray machine the person is exposed to low doses of ionizing radiation. If such a procedure is accumulatedradiation, therefore x-rays have serious limitations and a number of contraindications, because of the harm to the body. The survey in this way is prohibited for women in the state.

In MRI radioactive sources are absent, and the person the survey is only safe under the influence, though significant, of the electromagnetic field. Therefore, MRI does no harm, and only benefit, and this method of survey indications can be used repeatedly without a time limit.