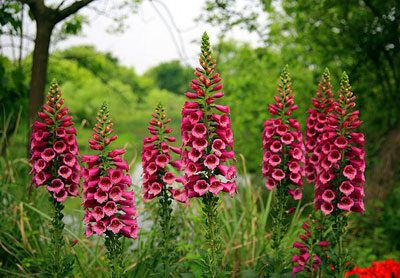 What if a child is poisoned with poisonous plant 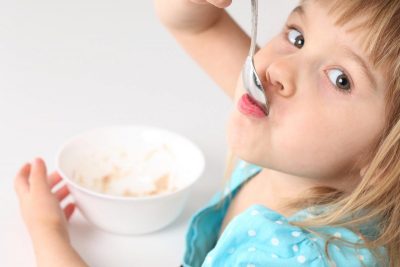 What is the food poisoning baby

Overdose (poisoning) of naphazoline in children and adults

Sorbents for children in case of poisoning

The children's bodies are much weaker than adults. The immune system has not completely, so the kids often suffer. And flow of the disease a lot harder. To ease the symptoms of intoxication and to reduce the influence of Allergy medicine recommends the use of different sorbents. And here becomes ripe a logical question, what are sorbents for children in case of poisoning can be used and which are not. Consider this question in as much detail as possible.

Harm and use of sorbents for the body

All sorbents are substances that are designed to absorb toxins in our body, and also for their neutralization and removal. The mechanism of action of such drugs can vary, so the experts there are several groups of such drugs: 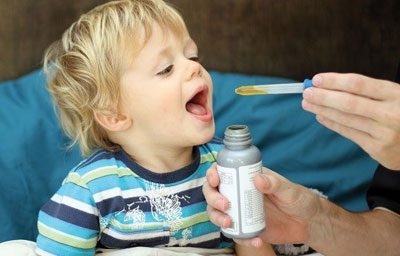 The vast majority of modern single sorbents enhance the digestive system. We can say that they are specific filters for our body, therefore, can partially replace even liver in its work. In case the liver will be a bit unloaded, that will give her the opportunity to develop useful substances to the body. From the foregoing it can be concluded that sorbents enable the body to cope with poisoning and bring out all harmful substances in a natural way.

But do not forget that the sorbents have a negative impact. Especially the child's body. The vast majority of experts agree in opinion that the sorbents with a large uncontrolled consumption can cause from the body are derived not only toxins but also nutrients needed by the baby for development. For example, if you give the child medication along with the sorbents, then the first will work much less efficiently.

There are also several diseases in which any adsorbent, chemical absorbent or absorbent for children in cases of poisoning would be unacceptable for use: 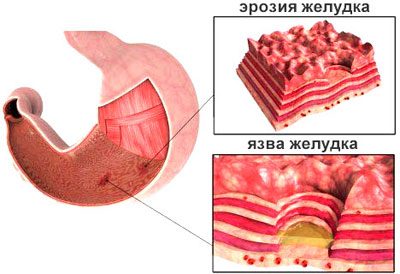 The use of absorbents in the presence of such diseases can significantly aggravate the situation and even lead to death, so their intake should be taken very seriously.

The child should give the sorbents in case of poisoning, allergic reactions, and also in disorders of the digestive system. The medications are manufactured in different forms. To make the right choices and not to harm the child, you need to consider his age. Be especially careful in the choice of the sorbent, as many drugs in this group have many side effects, which and is contraindicated in children.

At an early age specialists allowed the admission of only four drugs: 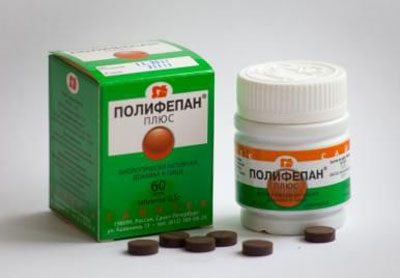 Another criterion for the correct choice of the drug is the clinical picture of the disease. If the patient has diarrhea that persists for more than 4 hours, then the best choice would be a Smectite. Components of this tool envelop the intestinal wall and prevent further irritation.

There are times when poisoning occurs because of ingestion of drugs. In this case, the best remedy will be the Remedy or Polisorb. This is an excellent adsorbent. But in receiving these funds there is a caveat. During the reception, drink lots of water. Poisoning with vomiting and diarrhea can cause severe dehydration. And the adsorbents could further aggravate the situation.

In any case, before you give your child something, it is best to consult a pediatrician. The doctor always knows best what is needed to facilitate the patient's condition. Let us consider the sorbents for children.

The active substance in the medicine is the silicon dioxide. Considered sufficiently effective sorbent. It has several advantages over other products: 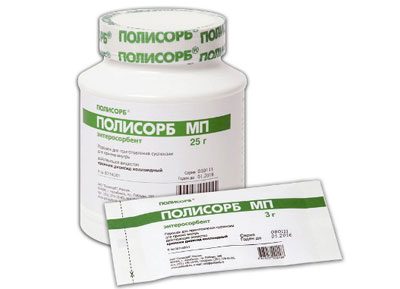 Released the drug in powder form, placed in packaging for single reception. Before taking the drug, it is diluted in a glass of warm water. So you can achieve the best effect and to reduce the likelihood of dehydration. Dose use depends on the weight of the child. We do not give precise information, as the medicine can be different due to the abundance ofmedicines on the market as a whole. Specify this information from qualified professionals to avoid putting your child at risk. 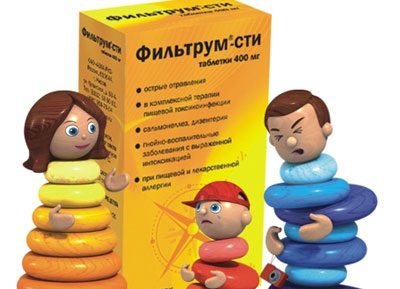 Excellent sorbent otpuskaya in the form of tablets. Doctors recommend it for use under any sort of intoxication. The main active substance – lignin. It differs from the analogues by the fact that it is not absorbed into the blood, and therefore does not cause the body negative impact through the circulatory system. He also completely eliminated from the body within days, which is important when talking about children's body.

Another advantage of this drug is absolute hypoallergenic. All these advantages allow to use the tool, even babies, without fear that its admission would adversely affect the current condition of the little patient, or affect the development of organs.

In the event of acute intoxication with this drug give children until the disappearance of the last symptoms. The duration of intake usually does not exceed 10 days.

The drug Filtrum-STI in any case can not be taken with other medications. The fact that it neutralizes the beneficial effect of the other drugs. Also, do not give it to the child for more than 10 days (of course, not in exceptional cases). Long-term drug Filtrum-STI can lead to the violation of the suction capacity of the digestive system. The result can be vitamin deficiencies. 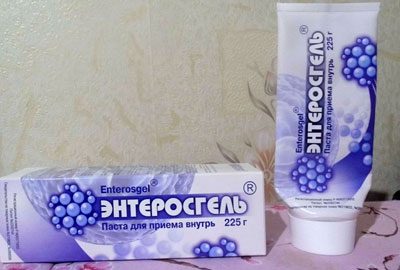 One of the most well-known sorbents, which copes with toxic substances. The main active ingredient is metalquimia acid. A distinctive feature of this drug is a selective effect. It is authorized for use in children, because it has no effect on the digestive system. But the suction capability it two times worse than the drug POLYSORB. This means that the dosage will be increased.

Another advantage means that it is released in the form of a gel. The drug immediately after the purchase is ready for use, no need to dilute it with water or cook in a different way. Also this medicine has no age restrictions.

The duration of treatment with this agent rarely exceed 14 days. In acute and pronounced intoxication dosage at first may be increased, but only on the advice of a qualified pediatrician. Remember that this tool is required to drink plenty of waterto avoid dehydration. Also, do not take it simultaneously with other medications for the same reason as previous drug. 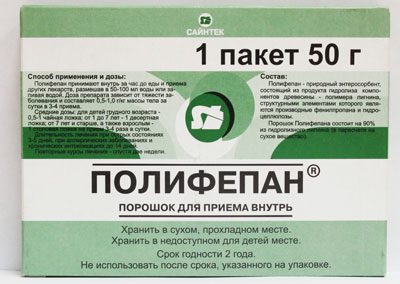 Another drug, the main active component of which is lignin. But the key difference is of natural origin. This tool has impressive performance suction capacity, but its price is more affordable. And natural origin drugs reduces the number of side effects. The drug is released in the form of capsules or paste. For the reception you need to prepare the slurry.

Duration of admission does not exceed one week. Only in cases of severe poisoning, the doctor may extend the appointment for another week. Must with great care to give the remedy to babies as it can cause constipation and severity.

Only you and your doctor have to choose between this drug and more effective analogues. You may want to spend a little more money and buy something more effective to cure your baby as soon as possible. 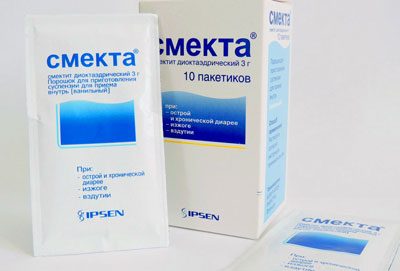 Today, Smectite is one of the most popular tools in comparison with analogues. It is often used in case of diarrhea. This drug is not the most powerful suction properties, but they are enough to save a child from intoxication.

In addition to the absorptive properties possessed by all sorbents, Smectite still envelops the intestinal wall. So do not be afraid of irritation of the intestines if you take this remedy. In addition, it protects the walls of the stomach and intestines from toxins. Thus, the poisoning does not worsen, because you will interrupt the negative effects of toxic substances on the body.

Activated carbon. The record of popularity

This is one of the oldest and most well-known sorbents, which have ever used the humanity. In comparison with analogues , this means a very low absorptivity. But where is the answer to the main question: "Can you give children activated charcoal?". Unfortunately, it is impossible. Especially if we are talking about the baby. The fact that the solid particles of the tablets can damage the walls of the stomach and intestines. 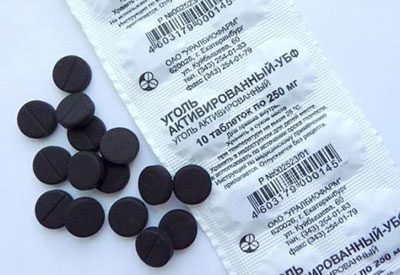 However, you can use activated charcoal for older children, but only as a one-time measure in diarrhea or intoxication. This drug has the ability to be washed out of the body, not only toxic, but also useful substances. And this is its main drawback.

Of course, activated charcoal costs much less than similar sorbents. But this is not the case where you should leave the money in your wallet the worst times.

It is believed that do not save on health. It is fundamentally flawed. If you spend a little money on the treatment of poisoningnow, the consequences may force you to part with more funds. Besides, inadequate dosage, incorrect choice of treatment means from the Arsenal of folk medicine can lead to disastrous consequences and even death. So use absorbents wisely and take care of the health of your children.